The ski area is expanding to include extra lift chairs, double the amount of snowmakers, lodge improvements, and more brush cutting to offer additional trees. 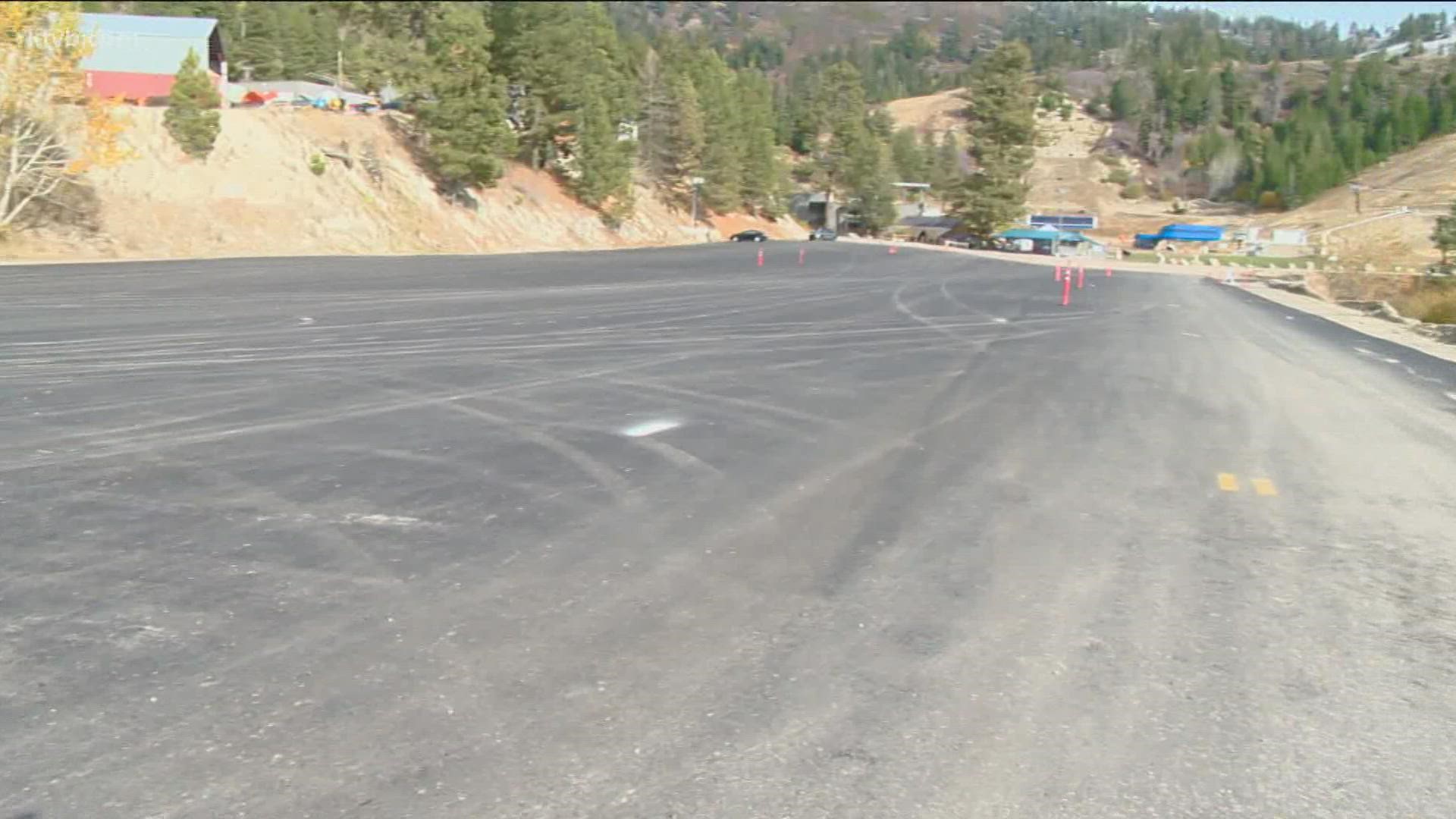 BOISE, Idaho — Bogus Basin Recreation Area is working on several improvements before opening for the season on Thanksgiving Day. The improvements include paving the parking lots.

The Simplot parking lot is the first lot to be paved. More than half of the lot has been paved, but before it became what it is now, the majority of it was dirt.

Brad Wilson, the general manager at Bogus Basin, said employees plan and hope for a busy winter season, as this season will include better grooming and shorter lift lines.

“Every year we will continue to try to make up for the growth that we are seeing in the Treasure Valley, with parking, and with amenities,” Wilson said.

The newly-paved lot can welcome up to an additional 200 guests.

“It’s way easier to keep the whole base area clean now," Wilson added. "When it snows, we can scrape it off much easier now. We can keep more parking open. We can see the lines it’s just going to be way nicer.”

Wilson said the ski area is expanding in other ways as well. That includes extra lift chairs, double the amount of snowmakers, lodge improvements, and more brush cutting to offer additional tree trails.

Bogus Basin is also looking to increase skiable terrain in the long term to keep up with the state's growing population.

“It’s a combination of a mile and a half green trail you could ski into, five blue trails, two black trails, and then a ton of tree skiing a lot of steeper terrain over here," Wilson said. "So it’s almost a small ski resort within itself."

The new terrain would total over 3,000 acres of skiing if the National Forest Service (NFS) approved the expansion. However, Bogus Basin doesn’t plan to expand terrain for at least several years.

“It’s going to be necessary," Wilson said. "We have to grow with the community and I think we have the where with all to do it. We will have the funding to do it, providing we continue to have these good years and I just think it’s the right thing to do.”

When it comes to COVID-19 safety protocols, guests will only be required to wear facial coverings indoors when not eating or drinking this year. Ski lifts will also operate at full capacity.