The mountain was so crowded this weekend that some skiers and snowboarders had to turn around once they made the drive up because there was nowhere to park. 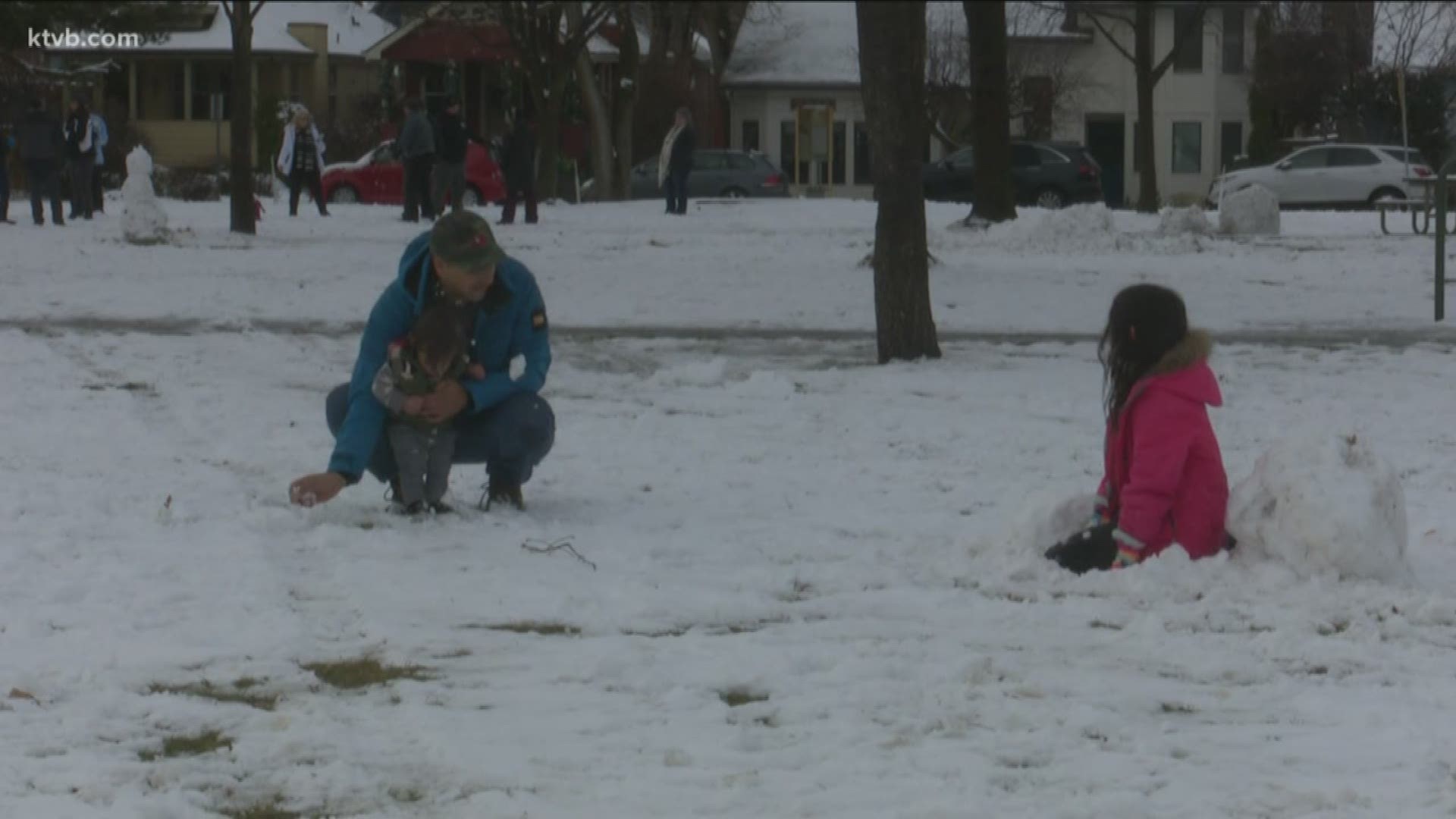 BOISE, Idaho — On Sunday, the Treasure Valley experienced its first major snowstorm this winter and people went to Bogus Basin to enjoy the fresh snowfall or to some of Boise's biggest parks to sled, build snowmen, and have snowball fights.

The North End's Camel's Back Park was flooded with families sledding down the iconic hill and playing in the snow. While Camel's Back was packed, even more people went to Bogus Basin.

"The first big storm of the season is always a popular day at Bogus Basin,"  Susan Sadd, the director of community relations for Bogus Basin, said.

The mountain was so crowded this weekend that some skiers and snowboarders had to turn around once they made the drive up because there was nowhere to park.

"The parking lots have been temporarily full for a few hours each day this weekend," Sadd said. “So, we have been working hard to communicate that to the community, to let people know when those spaces open up again. Generally, it's during the peak hours between around 11 a.m. and 1 p.m."

Despite the crowds, Sadd says lines at the chairlifts were kept relatively short.

"What we really like to see is that the movement and flow on the mountain has been great," Sadd explained. "Especially with our new chairlift we are not seeing long lift lines even though we have a lot of people up there."

Sadd added that conditions on the mountain were what you might expect given recent forecasts.

"Conditions are fantastic we have had 21 inches in the past 48 hours," she said. "This is just the tip of the iceberg on the snow that is supposed to come in the coming days so it's going to be great," Sadd said.

So many people made the 30-minute trip up the mountain on Sunday that people were forced to turn around because there wasn't enough parking.