In an open letter, Bogus Basin's GM outlines steps aimed at making things go more smoothly in the parking lots and on the road to and from Boise. 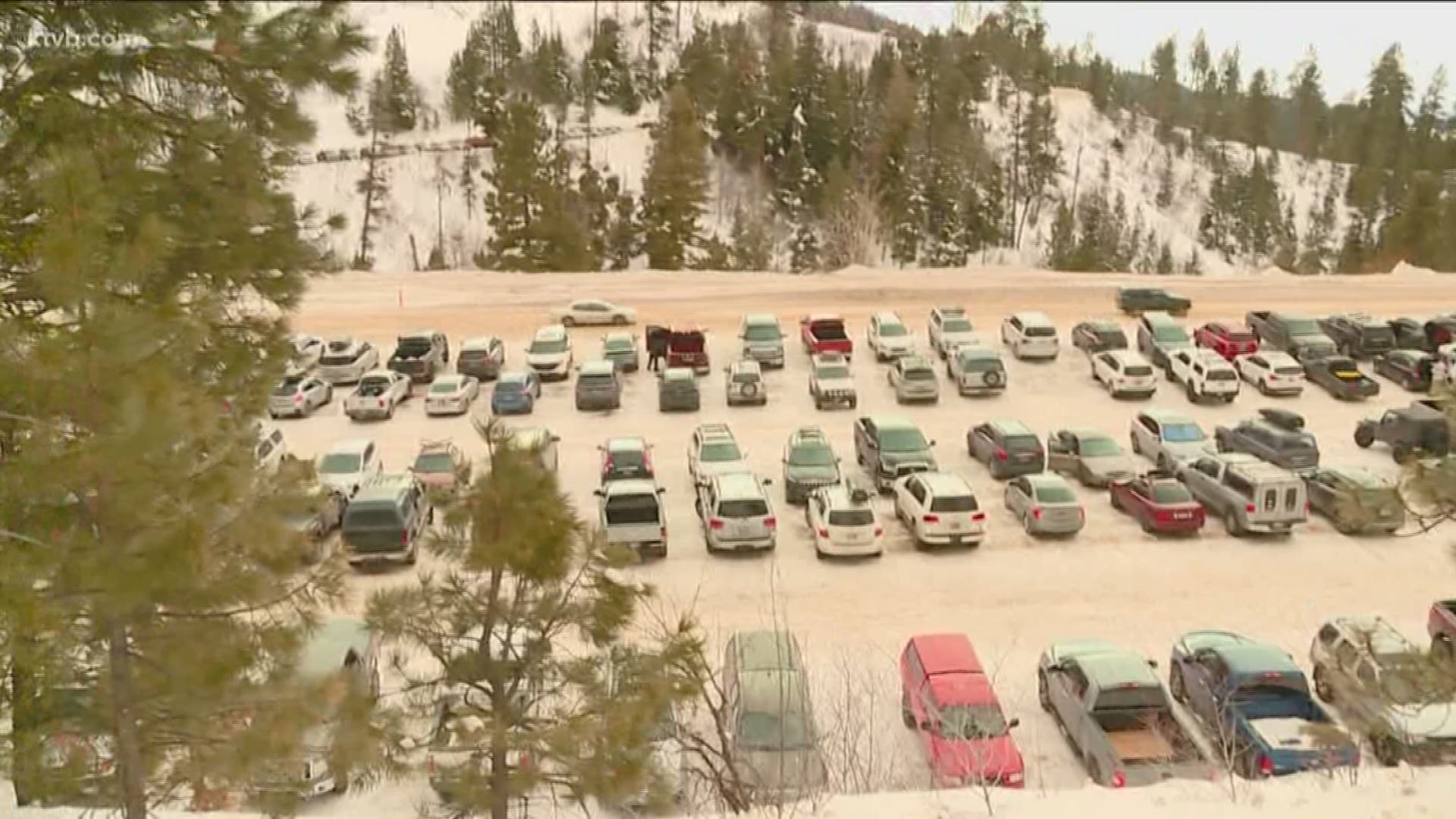 BOISE, Idaho — Bogus Basin Mountain Recreation Area is making some changes after a weekend that brought a lot of new snow, a lot of skiers and boarders, and more cars than could fit in the parking lot.

"Skiing last weekend in the fresh snow was incredible for some, yet frustrating for others," Bogus Basin general manager Brad Wilson said in a letter to the community emailed Wednesday night. "We have heard from many of you, and are focused on four specific initiatives for this coming weekend."

"One of the biggest things we're doing is encouraging people to make sure they have the right vehicle to come up the mountain," Bogus Basin Director of Community and Customer Relations Susan Saad said. "Four wheel drive, appropriate tires, traction devices a lot of the problems are caused by drivers who are not prepared to go up the mountain."

The recreation area also had the following advice for people driving up to Bogus:

To alleviate traffic backups on Bogus Basin Road in the busy area near Hill Road, Wilson said Bogus has retained a team to provide flaggers at the intersection of Bogus Basin Road and Curling Drive.

Parking lots at Bogus Basin were temporarily full during peak hours the weekend of January 11 and 12.

RELATED: 'Another powder day!': It's been a really good week for Idaho ski resorts

In his letter, Wilson said additional parking attendants will be stationed in lots on weekends and holidays when needed. If lots approach capacity, Wilson said, a "parking lot temporarily full" sign will be placed at the intersection of Bogus Basin Road and Curling Drive in Boise.

Also regarding parking, Wilson said he encourages carpooling -- three or more people in a car. Priority spaces for carpools are available at Bogus on a first-come, first-served basis.

"I think carpooling is one of the biggest things people can do to help at those peak hours, so bring up 3-4 people in that car," Saad said.

Bogus Basin has a park-and-ride lot near downtown Boise, and offers bus and shuttle service on weekends and holidays.

Despite issues with traffic and parking, Wilson said lift lines at the ski area were "minimal, thanks to our four high-speed quads."

The recreation area is currently having conversations about some long-term solutions to address the parking issue.

"What that looks like we're not sure yet, certainly additional parking could be one option but there isn't a lot of space we have right now," Saad said. "We'd love to have more continuous transportation options up to the mountain."