Bodybuilding.com lays off about 90 in Boise

Employees were seen trickling out of the building at about 9:45 a.m., some carrying boxes. 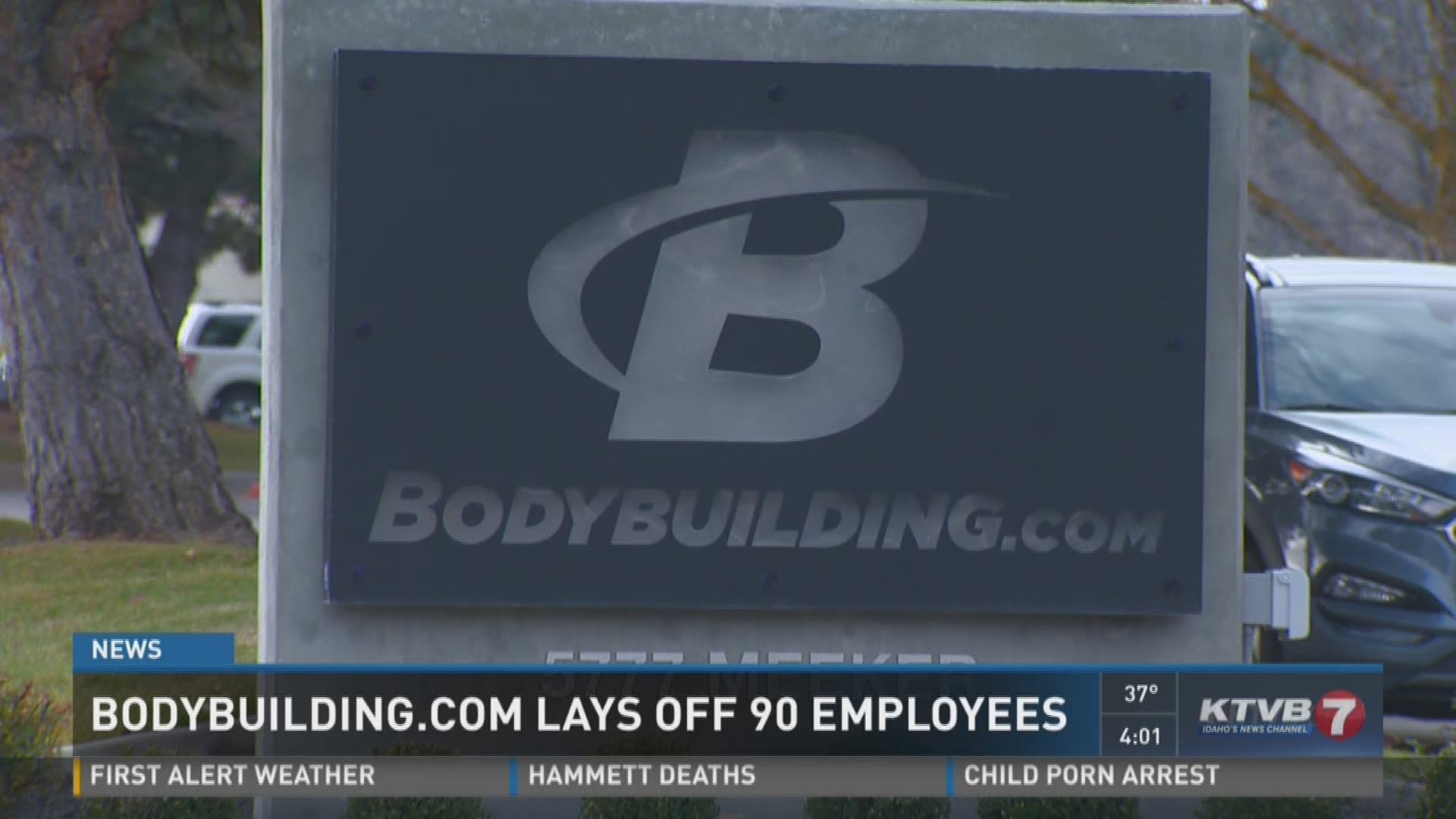 BOISE -- Boise-based company Bodybuilding.com laid off about 15 percent of their employees Thursday morning.

Employees have been trickling out of the building since about about 9:45 a.m., some carrying boxes.

Director of Offline Marketing Keith Sivera - who was not among those who lost their jobs - confirmed that about 90 people were laid off Thursday. It's unclear whether the company is planning additional layoffs.

"Today Bodybuilding.com announced an organizational downsizing," the statement read. "The change is part of an ongoing planned restructure designed to strengthen Bodybuiling.com's core business and reach a wider set of customers."

According to the Department of Labor, Bodybuilding.com employs about 500 people in Boise. The company launched in 1999.

Mike Caughey, who worked in legal compliance, told KTVB he received a pink slip Thursday morning after nearly a decade with Bodybuilding.com. The layoffs were announced during a morning meeting, he said, and employees were instructed to wait for emails that would tell each of them whether or not they still had a job.

Caughey said it was an emotional morning inside the Bodybuilding.com headquarters, but he doesn't blame his former employer.

"Some people were crying, and some people that didn't get laid off were crying because they will miss other people, but I'm not angry at all," he said. "It's just one of those things that happens in the business world."

Caughey said there had been concerns about possible layoffs after current CEO Richard Jalichandra stepped in last year, because "his background was turning around companies." Founder and former CEO Ryan DeLuca resigned in 2015.

The people who were laid off were given time to collect their belongings and leave the office. Despite the unexpected news, Caughey said he had enjoyed working for Bodybuilding.com.

"It was beyond great, I never dread Mondays," he said. "I love coming in every week, I loved seeing my coworkers. Everybody was smiling and felt lucky to work there. I mean, it's been the end of a really great time in my life."