Tribute for Boise State hockey player killed by gunshot: 'We feel him with us right now'

Bobby Skinner, 22, died from a single gunshot wound in August. His parents performed the ceremonial puck drop to start the Steelheads' game on Saturday night. 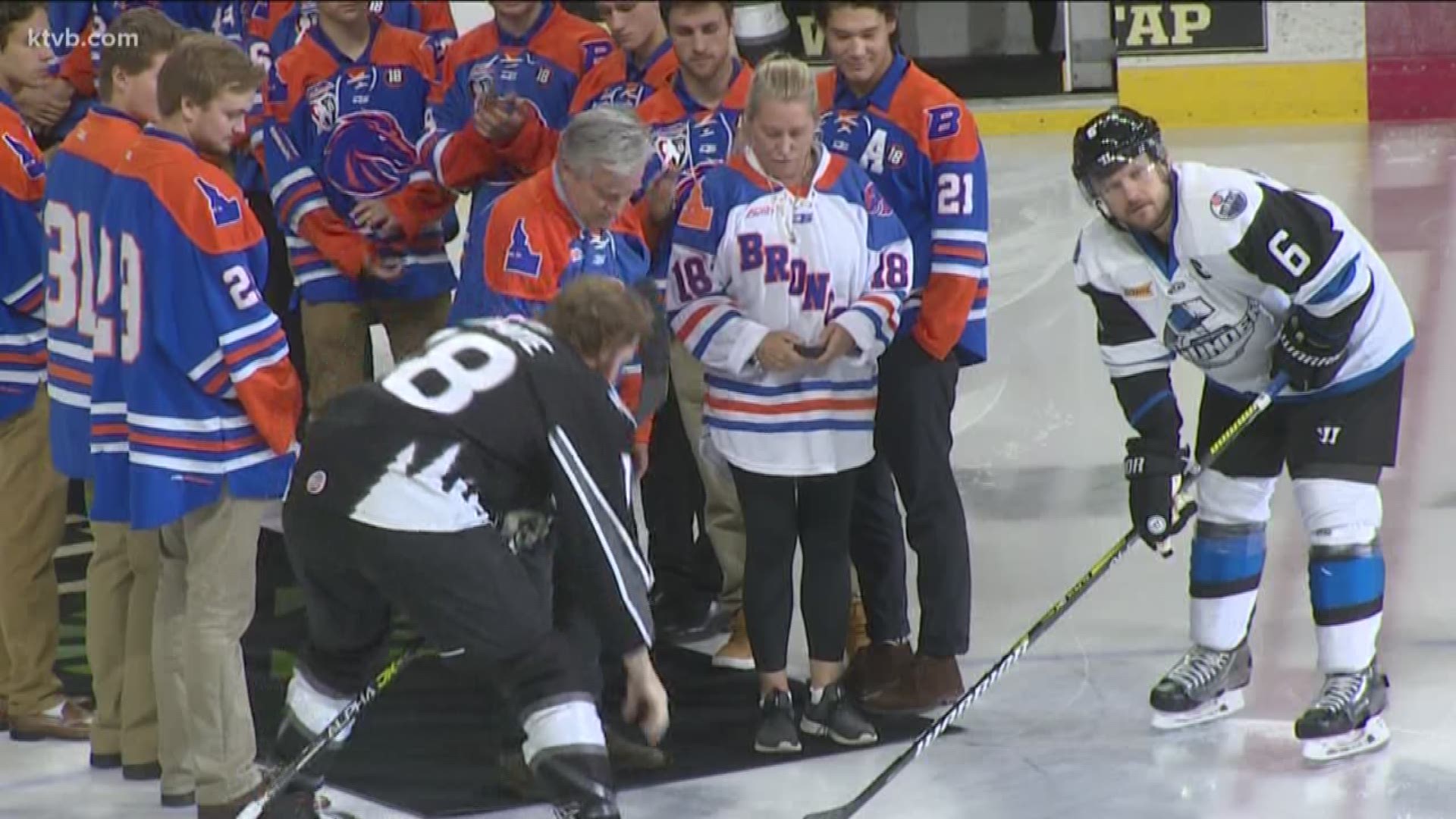 BOISE, Idaho — For two months, the parents of 22-year-old Bobby Skinner have been trying to cope with the loss of their son.

“We miss him so much,” Trish Skinner, Bobby’s mother, said.

In August, the Boise State hockey player died in an accidental shooting, which left Robert and Trish, without their only child.

On Saturday, the Seattle couple returned to Boise for the first time since they lost their son. They performed the ceremonial puck drop at the Idaho Steelheads Game in remembrance of their son.

“It's bittersweet, we'd rather have Bobby with us of course, but we saw a lot of humanity from the people of Boise, and it's a pleasure to be here to be able to thank some of the people after this horrific incident,” Robert Skinner, Bobby’s father said.

Saturday’s special moment on the ice came as the Idaho Steelheads and Boise State men's hockey team partnered up to raise money to support youth hockey players, whose families are unable to afford the sport. It was all in honor of bobby.

“He would want this very much,” Trish Skinner said. “We feel him with us right now.”

“It's sad that he's no longer with us, but we take great peace in knowing that he influenced a lot of kids and he's making a difference even though he's gone in the hockey world in Boise,” Robert Skinner said.

Bobby’s parents are now working in hopes that what happened to Bobby, doesn't happen to another family.

“We've got to get together and lobby to change the laws in Idaho,” Robert Skinner said. “It's crazy to have kids, college kids with guns there's no need for it and then when you mix alcohol into the equation, it's just insane.”

Robert and Trish Skinner also presented this year's $10,000 check to the scholarship fund on Saturday night at the Steelheads' game.