The BLM is experimenting with cattle grazing to provide fire fuel breaks. 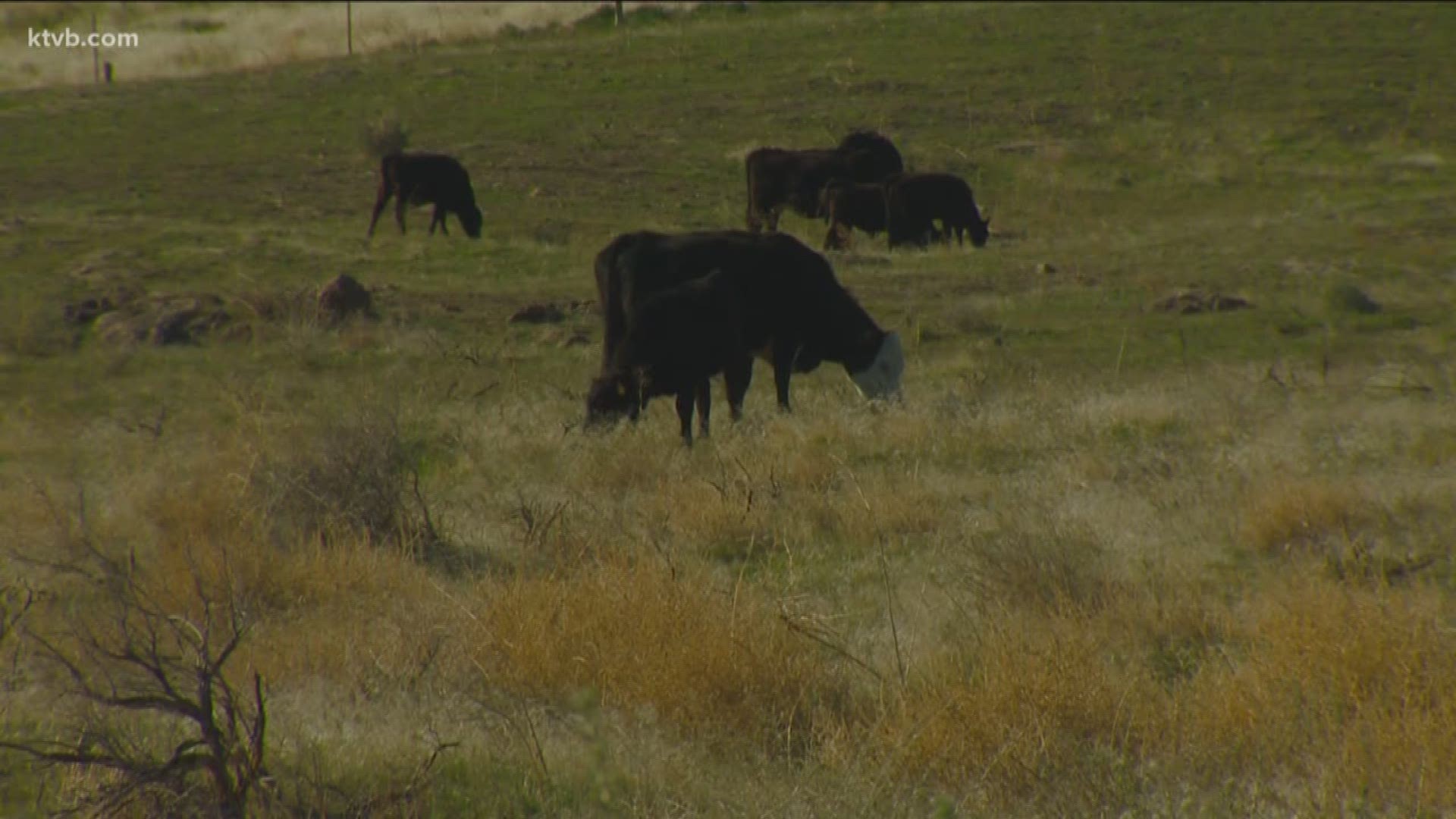 BOISE - Ranchers and the Bureau of Land Management are teaming up to help prevent another catastrophic fire on the Owyhee Front like the Soda Fire in the summer of 2015. It’s well known the two sides have not always seen eye-to-eye when it comes to grazing on public lands, but this new effort could prove to be beneficial for all.

The Targeted Grazing Project is a three- to five-year experiment taking place in the Soda Fire Burn Scar on the Owyhee Front to see if cattle grazing can be used to provide fuel breaks for firefighters.

“Everywhere the Soda Fire burned, we're looking to put fuel breaks in to try and make, if we do have a fire, another fire in the Soda footprint to make that fire as small as possible,” said Ben Sitz with the BLM.

The BLM is mowing, planting, and putting herbicide down to help provide those fuel breaks. This year, the first full year the agency has used targeted grazing to help.

“We're partnering with permittees here along the Owyhee Front in Owyhee County to utilize their livestock that they already have on the landscape to assist us in putting a fuel break in,” said Sitz.

Ranchers have been grazing in the Owyhee Front for years as long as they’ve had a permit. However, this project allows for a much longer period and is more flexible. Currently, the Soda Fire burn scar is the only place in the state where it’s taking place.

"There's a lot of interest across the state to see how this works. I know there's some other district that are looking at what happens here,” said Sitz.

The goal for cattle to chow down on cheatgrass, a fuel for wildfires. Ranchers participating in the project, like Ted Blackstock, will be grazing their cattle on more than a 30 mile stretch of land from March to the end of June.

“We're happy to turn this cheatgrass, kinda an unwanted grass into a beefsteak because that's what we like doing,” said Blackstock.

The targeted areas: 200 feet on both sides of Owyhee Front roadways.

“Where these cows have grazed the fire behavior will lessen, rate of spread will be lower and the flame lengths will be lower, it gives firefighters a better chance at controlling these fires,” said Sitz.

Ranchers, like Blackstock, have had to change how they graze to avoid cattle from wandering too far away from targeted areas. Blackstock says he’s put out water, supplements, and even has a herder to help keep the cattle focused in on the areas.

“More like sheep herding, which is an old profession anyway, and so we're kinda going back to the old ways of herding your livestock,” said Blackstock.

Blackstock hopes by showing how beneficial cattle grazing can be for fuel breaks, it will open more grazing opportunities.

“Hopefully show we can, we would like to do a little more flexibility to stay here when there's lots of grass and lots of cheatgrass we need to use up, let’s stay here longer and use it up,” said Blackstock. “Long term I think it will help us all look at how grazing Is done and find new ways to graze that makes everybody happy."

Ranchers and the BLM would like to remind the public that if you’re out recreating in the Owyhee Front you may come across cattle where you typically wouldn’t see them.