After being tagged with graffiti earlier this year, a cleanup crew worked to restore the popular climbing spot. 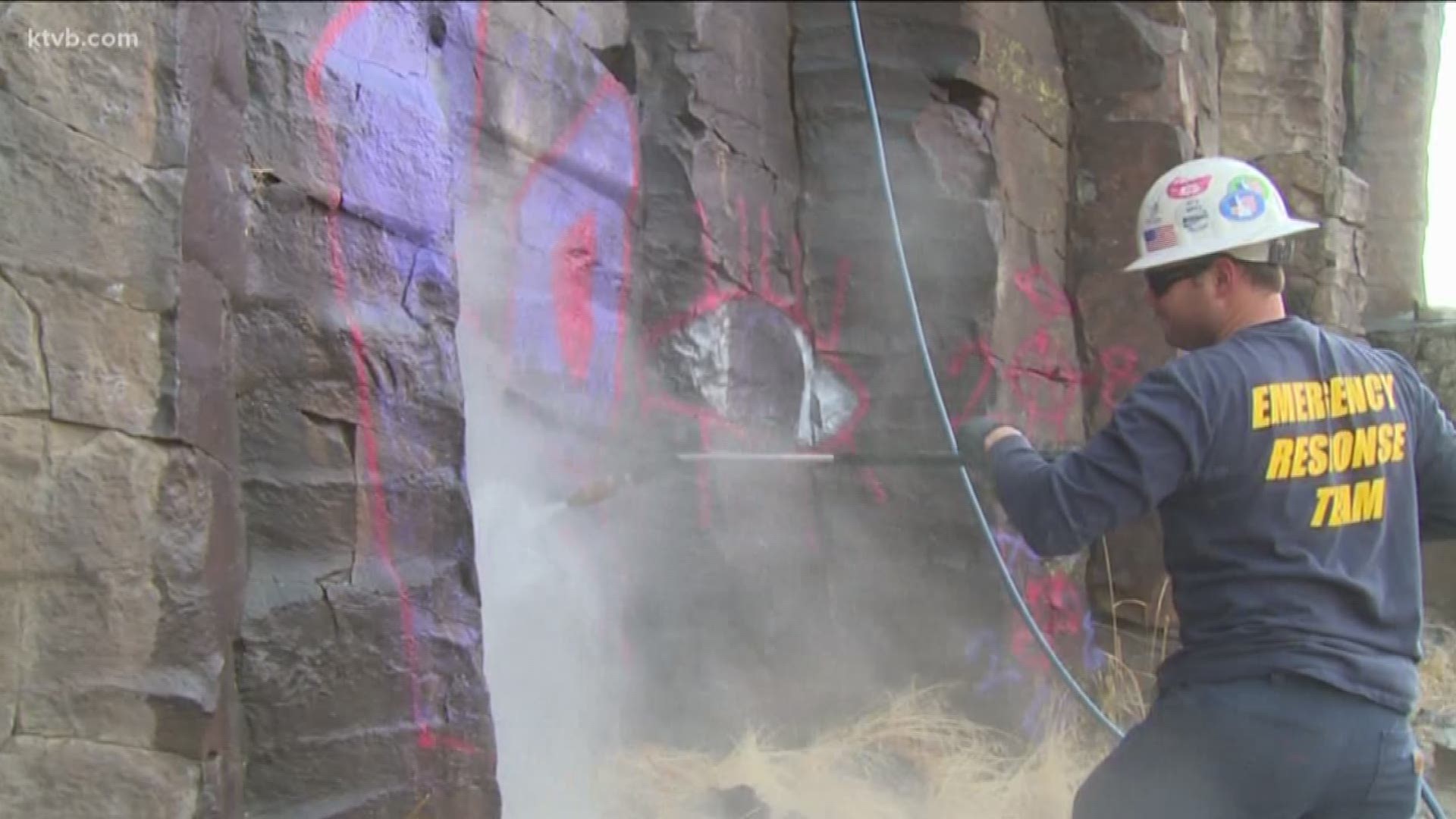 Bureau of Land Management crews are working to restore a popular rock climbing spot that was tagged with graffiti earlier this year.

Vandals targeted the Black Cliffs climbing area near Lucky Peak in March, leaving behind purple, red, and white spray paint all over the cliff face.

Crews used pressure washers and environmentally-friendly chemicals to strip the paint off the rocks Wednesday.

"These cliffs are a million-and-a-half years old, and it only takes a minute to deface them and put something like this up here," he said. "It's really disheartening."

Williams said the BLM hopes that scrubbing away the paint would discourage other taggers from following suit.

"It's unfortunately very visible graffiti," he said. "We know from the past that trash begets trash, graffiti begets graffiti, so we're trying to make the effort to clean it up and nip it in the bud."

The Black Cliffs were closed to climbers during the cleanup, but will be reopened Thursday, officials say.