BLM: Brush fire along I-84 near Jerome was human-caused

The Bureau of Land Management says the fire burned 354 acres. 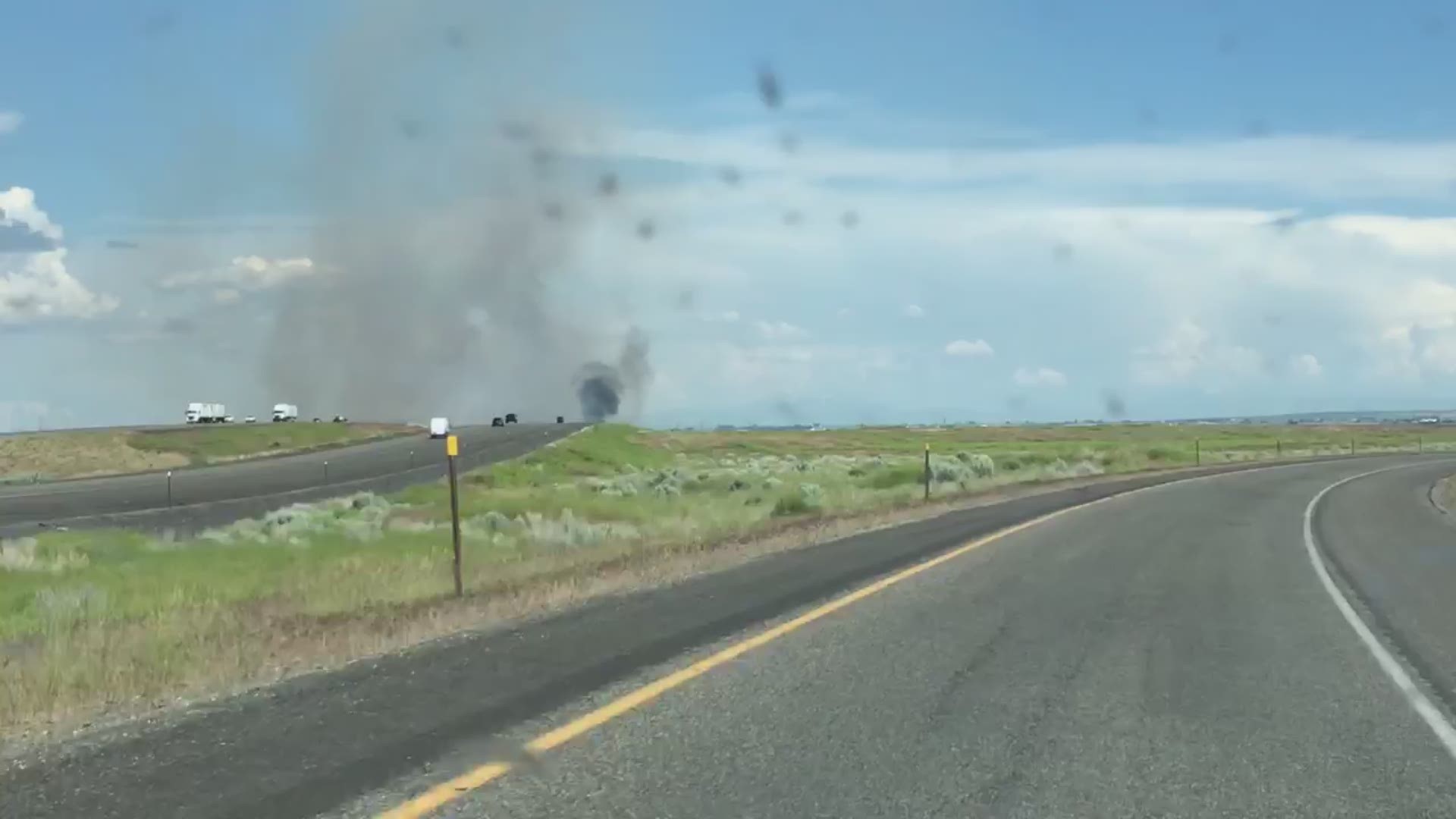 The Bureau of Land Management tweeted that their crews were responding to the fire and advised drivers to avoid that stretch of the interstate, if possible. Six fire trucks and one bulldozer were on scene early Monday evening, and officials said they were making good progress on the fire.

The fire was contained by 9 p.m. Monday after burning 354 acres, and is expected to be completely controlled by 4 p.m. Tuesday. Firefighters are still on scene monitoring the fire and mopping up hot spots.

According to the Jerome Rural Fire Department, one power pole burned, but no structures were lost.

The fire was caused by a vehicle dragging a chain, which threw sparks into the dry grass, according to the BLM.