'They literally put them up to send a message': Idaho Black History Museum debuts graphic exhibit on lynching

With all the racial strife lately, and the discussions of where we go from here, the museum's director wanted to take a look at where we've been. 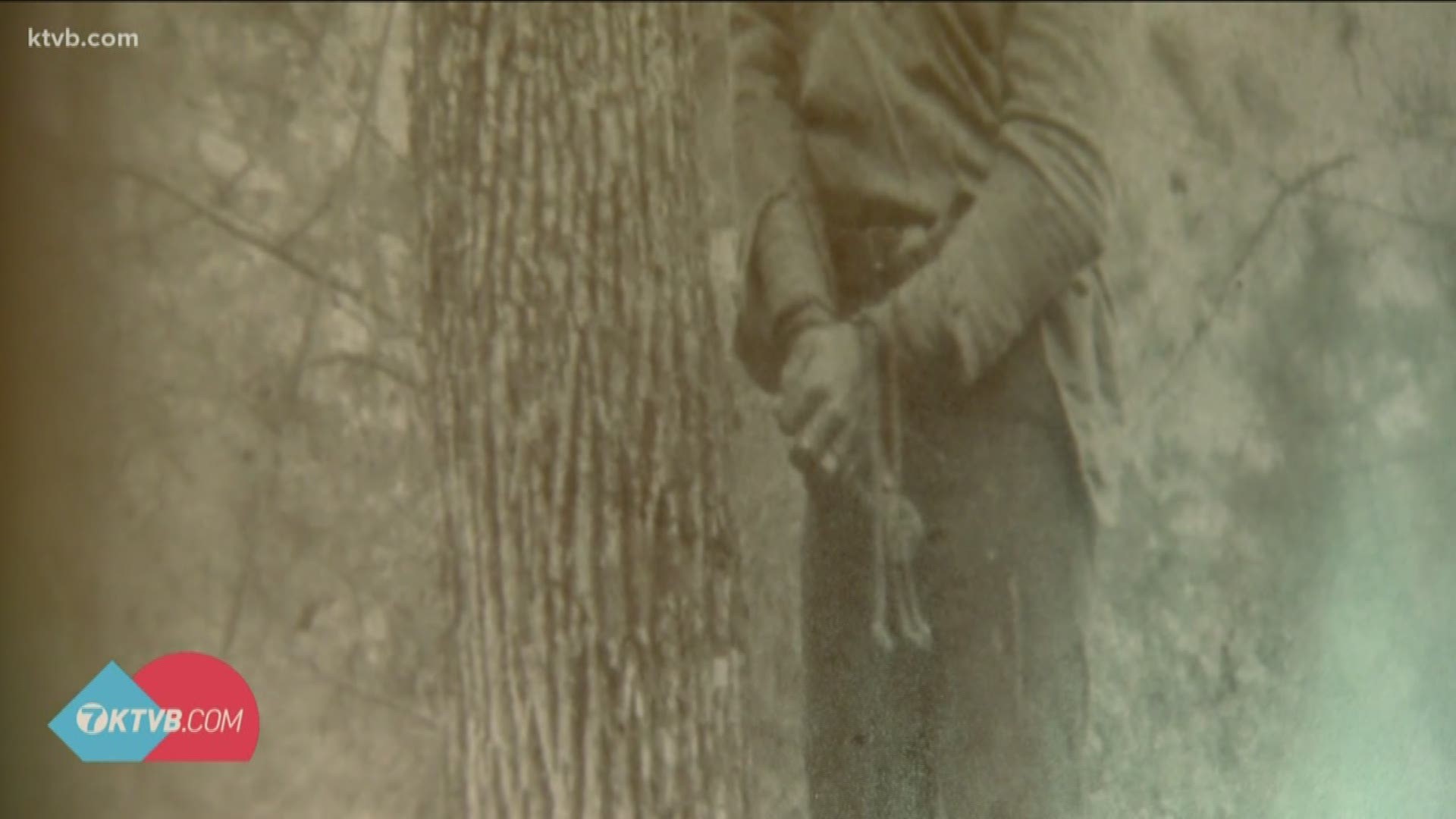 “Pastoral scene of the gallant South, the bulging eyes and the twisted mouth.”

Those are lines from Billie Holiday's song "Strange Fruit," a haunting ballad about the lynching of Black people.

According to the NAACP, between 1882 and 1968, there were nearly 3,500 Black people lynched in the United States, at least those that were recorded.

With all the racial strife we have been seeing of late, and the discussions of where we go from here, Phillip Thompson, the director of Idaho's Black History Museum, thought it would be a good idea to take a look at where we've been.

“This is an era in American society that didn't look upon lynching as the same horror that we do now," Thompson said. "We need to come to terms with it and admit that. You have people who think somehow that everything's fine, we've gotten so much farther, we had a Black president therefore all the wounds must be healed. No. There is still this always, this undercurrent of a perceived threat for lack of a better word. If you step out of your lane there might be, there can be consequences."

The museum reopening to the public on Thursday with a new exhibit, a graphic display that features 19 pictures of lynchings.

“This wasn't three and four centuries ago, this wasn't two worlds ago, this is our grandparents' generation," Thompson said. "The fact that it was not done by these little nascent members of society... in seclusion and nobody around. This was like the fair: Get the kids, it's Sunday afternoon we're gonna string one up.

Thompson says celebrating 'Juneteenth' every year is great, but when your worth was directly related to the cheap labor you provided, and then that's taken away, it didn't exactly add value to your life.

“The predatory nature of going after somebody because they are Black and then hanging them in the wind, for all to see and doing so, almost in a celebratory fashion. And then they didn't try to hide it," Thompson said. "They literally put them up to send a message."

The exhibit opened Thursday evening and will likely run through the end of July.

RELATED: After being called a racial slur in Boise’s North End, one woman explains what white silence is like when it happens