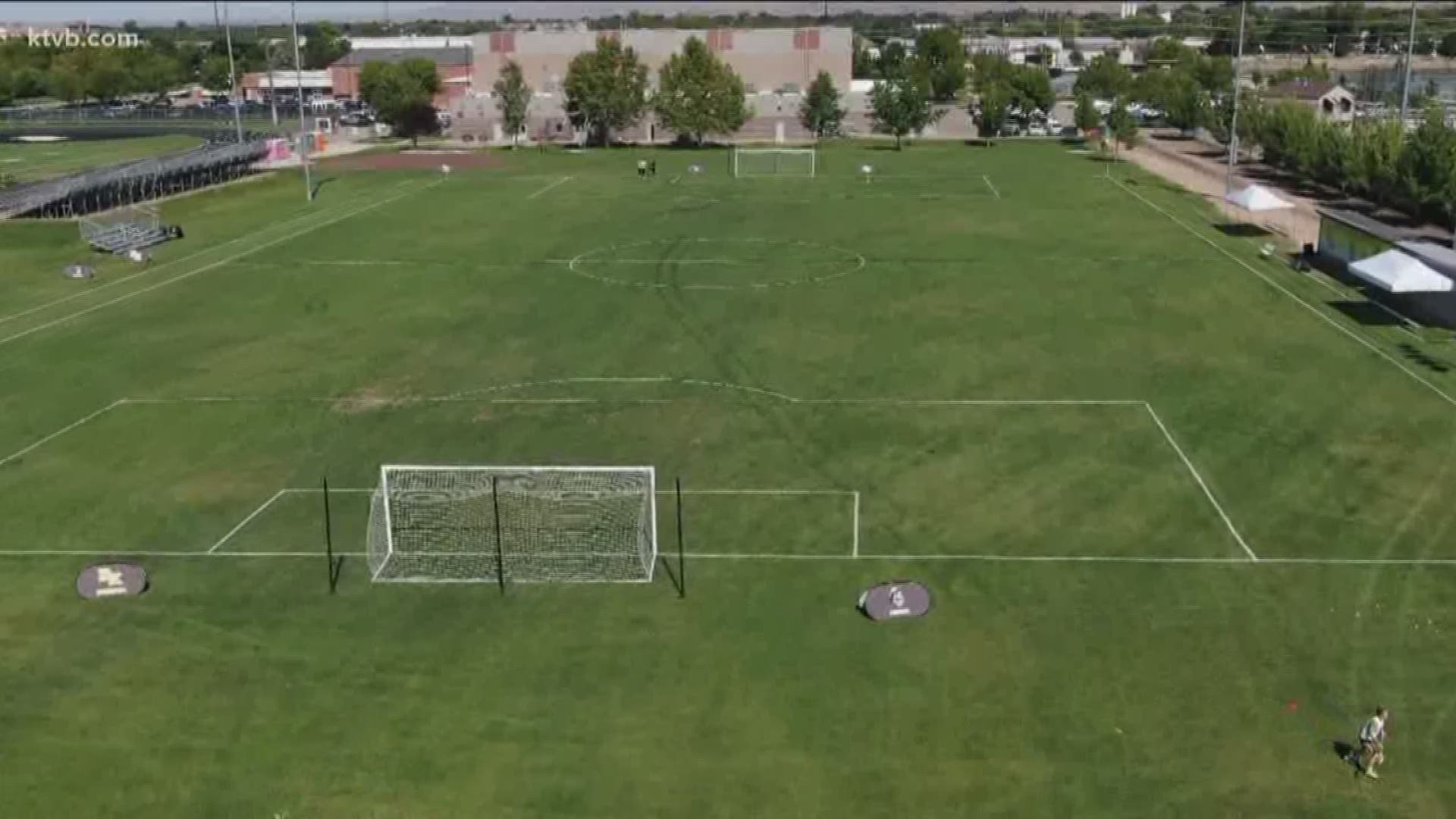 BOISE, Idaho — The Bishop Kelly community gathered on Thursday to dedicate its soccer field to a man who dedicated more than 30 years to their school.

“I've never met a harder worker than Chuck, his philosophy was he would never ask for more than he was willing to give himself,” Bishop Kelly High School President Rich Raimondi said.

Chuck Irvine was the head of school maintenance at Bishop Kelly from 1986-2009, but his presence lingered past those years.  Irvine’s kids, and now his granddaughter, attends Bishop Kelly, and over the years he would bake for the Booster Club and cook at pancake breakfasts.

Chuck passed away last year but the Bishop Kelly community is now making sure his memory lives on.

“It turns out he actually built this field in the 90s with his son Colin, so it has special meaning in that way,” Raimondi said.

The high school is now dedicating that field in Chuck's honor.

“Knowing that his legacy gets to live on here for all of the hard work and time he put in, it's pretty fantastic,” Irvine’s daughter Krista Novosel said.

What makes this dedication even more special is Chuck's granddaughter will be among the first people to play on the field.

“The fact that I know he's still here and people still remember him and know that this is his field and that he put so much work into it, I just find that so amazing that he's here with me, I just find that so cool and being able to play on the field that's amazing,” Irvine’s granddaughter Maggie Novosel said.

“Even though my dad didn’t have the most glamorous job it was his hard work and dedication that made this happen and I just know that he would be so proud,” Krista Novosel said. “He loved this school and all the people in it.