The Grandview Solar farm will produce enough energy to power 17,000 homes in the Treasure Valley. 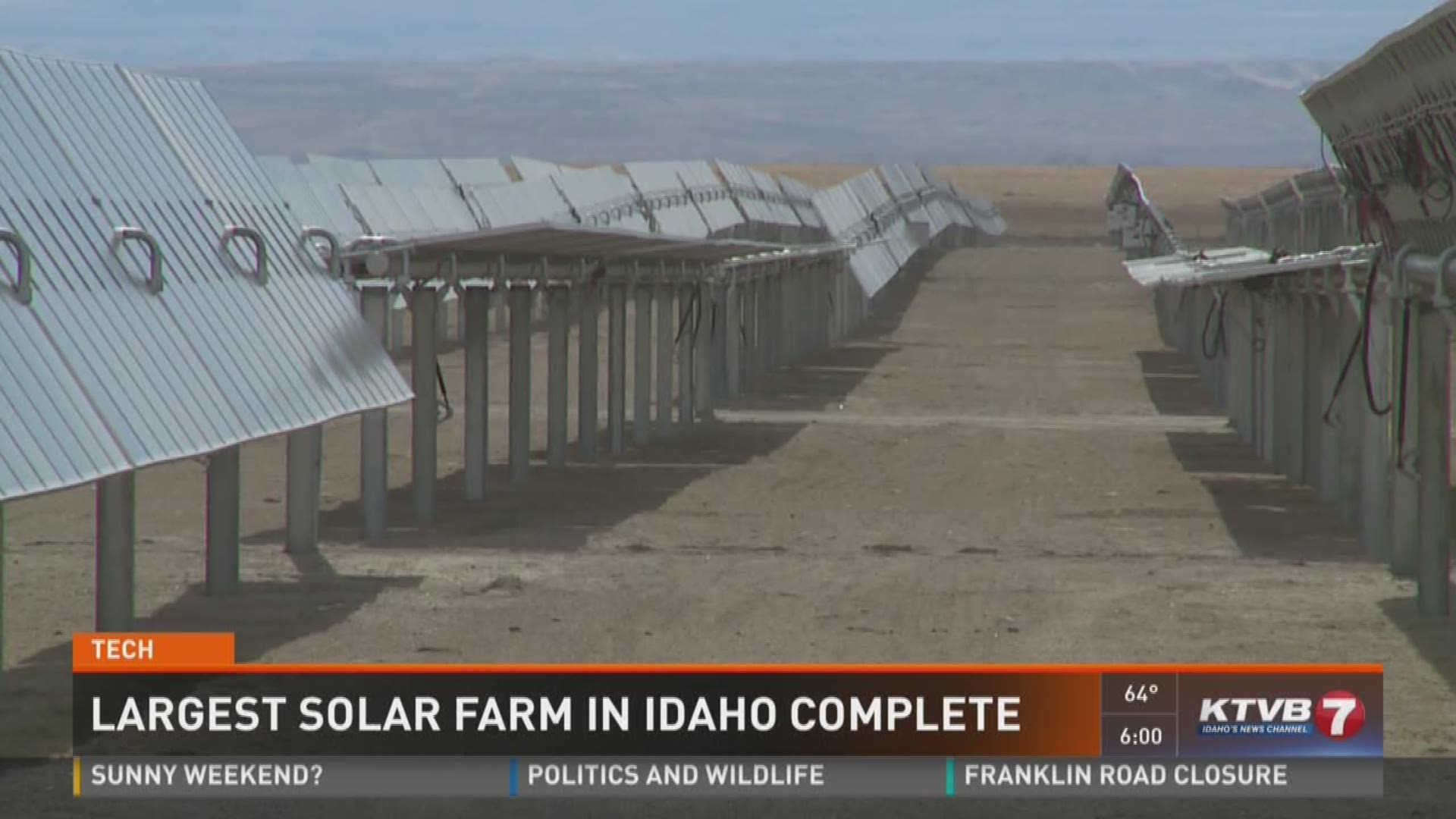 A new solar farm is complete and while it is not the first one in Idaho, it is certainly the biggest.

The Grandview solar project is more than twice as big as the farm built in Kuna several months ago and has the power to provide clean energy to thousands of Idahoans.

“This should power for a year 17,000 homes,” says Meir Cabaltera, project manager of Clenera, the company that built the farm.

The green power replaces energy from non-renewable fossil fuels such as coal.

”Across North America you see a real push for renewable energy because it's clean, it's good, it's positive,” says Clenera President Jason Ellsworth.

The farm comes with a $200 million price tag, but Clenera says the project has just as much financial benefit as it does sustainably.

The project is in contract with Idaho Power and by federal law, the utility company is required to purchase green energy and make up for days when it is not sunny by deploying its own resources.

For now, customers should see no immediate impact in their bills.