Bowe Bergdahl was the first defense witness to take the stand. 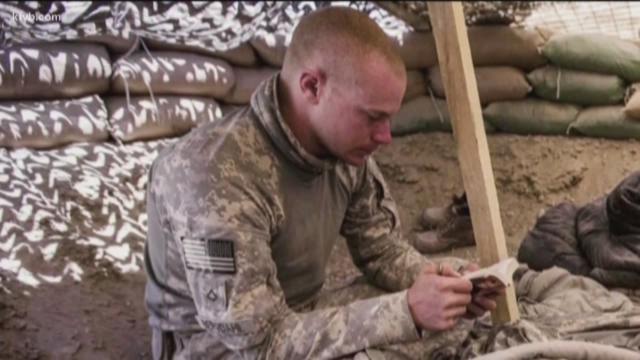 FORT BRAGG, N. C. -- In an unexpected move, Sgt. Bowe Bergdahl took the stand Monday afternoon, recounting the years of misery, illness, torture and isolation he endured as a captive of the Taliban-linked Haqqani network after walking away from his post in Afghanistan in 2009.

Bergdahl, who wore an anguished expression during the majority of the questioning, began his unsworn testimony with an apology to the members of his platoon and other soldiers who suffered as a result of his disappearance.

"It was never my intention for anyone to be hurt, and I never expected that to happen," he said.

Bergdahl had previously told investigators that he snuck away from Outpost Mest intending to run about 20 miles to a nearby Forward Operating Base in order to speak with a general there about what he viewed as serious issues and deeply flawed leadership at the his outpost.

Instead, he was quickly taken prisoner by the Taliban, triggering alarms and a a wave of hastily-arranged search missions to get him back.

The military judge presiding over Bergdahl's hearing has identified three service members who were injured as a direct result of Bergdahl's desertion. One of them, Master Sgt. Mark Allen of Georgia, was shot in the head and remains confined to a wheelchair, unable to speak, move purposefully or care for himself.

Allen's wife, Shannon Allen, testified the gunshot wound has changed her husband's life and stripped him of opportunities with his family, including a 9-year-old daughter who was just 13 months old when Allen was injured.

"He's not able to reach out to her or talk to her," she said. "He's never had the chance to play with her, or coach her sports, or talk to her about her day."

Allen underwent about 20 surgeries, including an emergency procedure to remove part of his brain. He was left with seizures and has a heightened risk of infection, and cannot be left alone, his wife testified. He needs dozens of medications and a host of machines and equipment to get through a normal day.

Since the shooting, Shannon Allen said, her role has been transformed to that of a caregiver, rather than a wife.

"We can't even hold hands anymore without me prying open his hand," she said.

Bergdahl said Monday that leaving his outpost was a "horrible mistake," and acknowledged that no apology could ever undo the damage.

"Offering condolences is not enough. My words alone can not relieve their pain," he said. "I was trying to help, and knowing that I did not breaks my heart."

Bergdahl's descriptions of the days, months and years following his capture paint a picture of unending abuse coupled with his own tenacious drive to escape.

Bergdahl said he was walking through the desert after leaving OP Mest when he was spotted by members of the Taliban on motorcycles.

The soldier, who was armed with only a knife, was quickly taken prisoner by the AK-47 wielding men, he said.

"There was nothing I could do at that point," he said.

Bergdahl's first attempt to escape came the same day, after his captors left him, blindfolded and tied up, near a house. The Hailey native described using his knee to work his blindfold away from his eyes. At the first chance, he jumped up and began to run.

But before he had made it 30 steps, he was tackled by a large group of people, he said.

Bergdahl would spend the next five years in captivity.

The American soldier was the subject of frequent, vicious abuse, he testified. Bergdahl said he was punched, kicked, beaten with copper wire and burned with matches on the bottoms of his feet.

Worse than the pain was the toll captivity took on his body and mind, he said.

"The worst was the constant, just the constant deterioration of everything. The constant pain from my body falling apart. The constant screams from my mind," Bergdahl said. "It was the years of waiting to see whether or not the next time someone opens the door if that would be the person coming to execute you."

Bergdahl spent years in restraints, chained to a bed, in shackles or locked in a metal cage. He spoke of prolonged dysentery that left him ill and weak, and excruciating pain from open sores on his ankles, wrists and forehead where he was restrained and blindfolded.

"They were always showing me videos of decapitations, executions," he said of the men holding him prisoner. "They would tell me that's what's going to happen to me."

Throughout his ordeal, Bergdahl never stopped trying to escape. He squeezed out of restraints, concealed nails in his rubber sandals and tried to dig through a mud floor. In one escape attempt, Bergdahl spent more than a month spitting over and over into a gap in his shackles, hoping the moisture would rust and weaken them.

It worked: Bergdahl was ultimately able to snap the cuffs at the weak point, and try to get out through the roof of his cell.

Before another escape, made after Bergdahl had been moved to a Taliban mountain fortress in Pakistan, Bergdahl said he spent weeks practicing getting out of his restraints and quickly gathering his supplies. Once he made it out of the fortress, Bergdahl was on the run for eight days before he was recaptured.

Although the Taliban fighters had warned they would kill him if he tried to get away, Bergdahl said his choice seemed simple.

"I can either die here or I could escape," he said. "You have to try."

Afterthe eight-day escape, Bergdahl was placed in the cage where he would spend the rest of his time in captivity. It was "extremely difficult" to sleep in the contraption, he testified.

"The bars would dig in so badly you could never get comfortable. There was never a point that pain wasn't there," he said.

Even now, Bergdahl said, he gets only a few hours of interrupted sleep each night. The smallest things - a rooster crowing, the smell of wet earth or garbage - can trigger intense flashbacks.

The defense attorney asked Bergdahl what kept him going through his years in captivity.

Bergdahl was freed in 2014 as part of a controversial prisoner swap, then court-martialed on charges of desertion and misbehavior before the enemy. He pleaded guilty earlier this month, and faces a possible life sentence.

The sentencing hearing is set to continue Tuesday.