Sarvey Wildlife staff say they're seeing more injuries in birds of prey due to habitat loss. 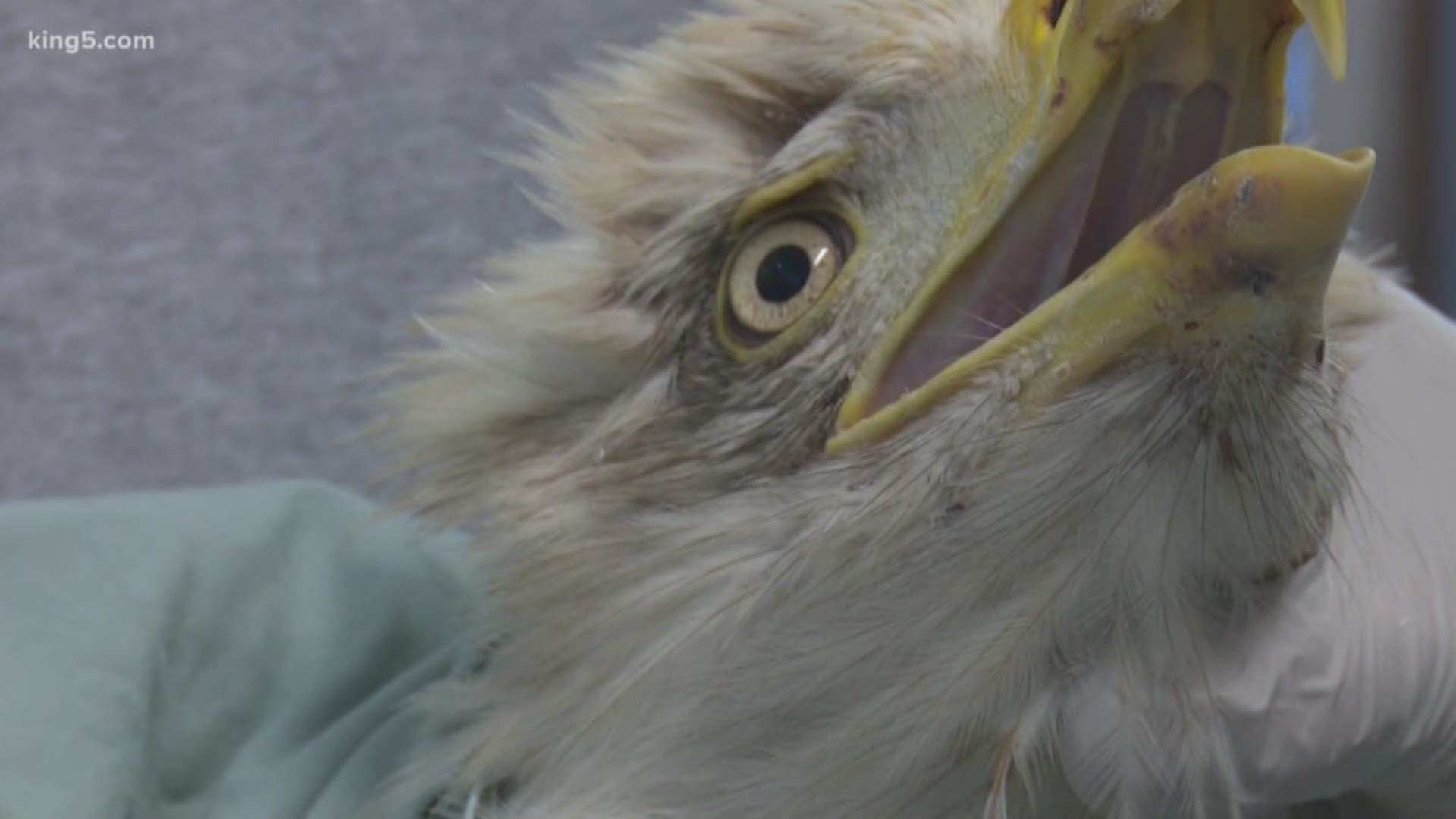 ARLINGTON, Wash. — An adult bald eagle is recovering at the Sarvey Wildlife Care Center in Arlington after it was found badly injured on Swinomish tribal lands.

Staff at the care center believe that the 20-year-old eagle got into a turf fight with a younger eagle.

"Juveniles are smaller, but [they're] also healthier, faster," said Elise Koszarek, the raptor coordinator at Sarvey.

The bird will most likely need several weeks of recovery before being released.

Koszarek said that they see a lot of these battle wounds, as well as car-strike victims and orphans because of the birds' habitat loss.

RELATED: Donate your old bedding to orphaned animals at this Washington wildlife center

Humans continue to encroach on natural habitats, so there is less territory for birds to claim and more unnatural hazards to watch out for.

"The two reasons we see bald eagles this time of year are habitat loss and car collisions, unfortunately. At this time, there is a lot of habitat loss so the habitat for the birds are shrinking and as a result, there's more competition," said Koszarek.

Sarvey said if you run into an injured animal, keep it warm, quiet and secure and then give Sarvey.

RELATED: Sick squirrels example that wildlife care should be left to professionals