With several fatal avalanches in the region over the last week, experts talk safety on the slopes. 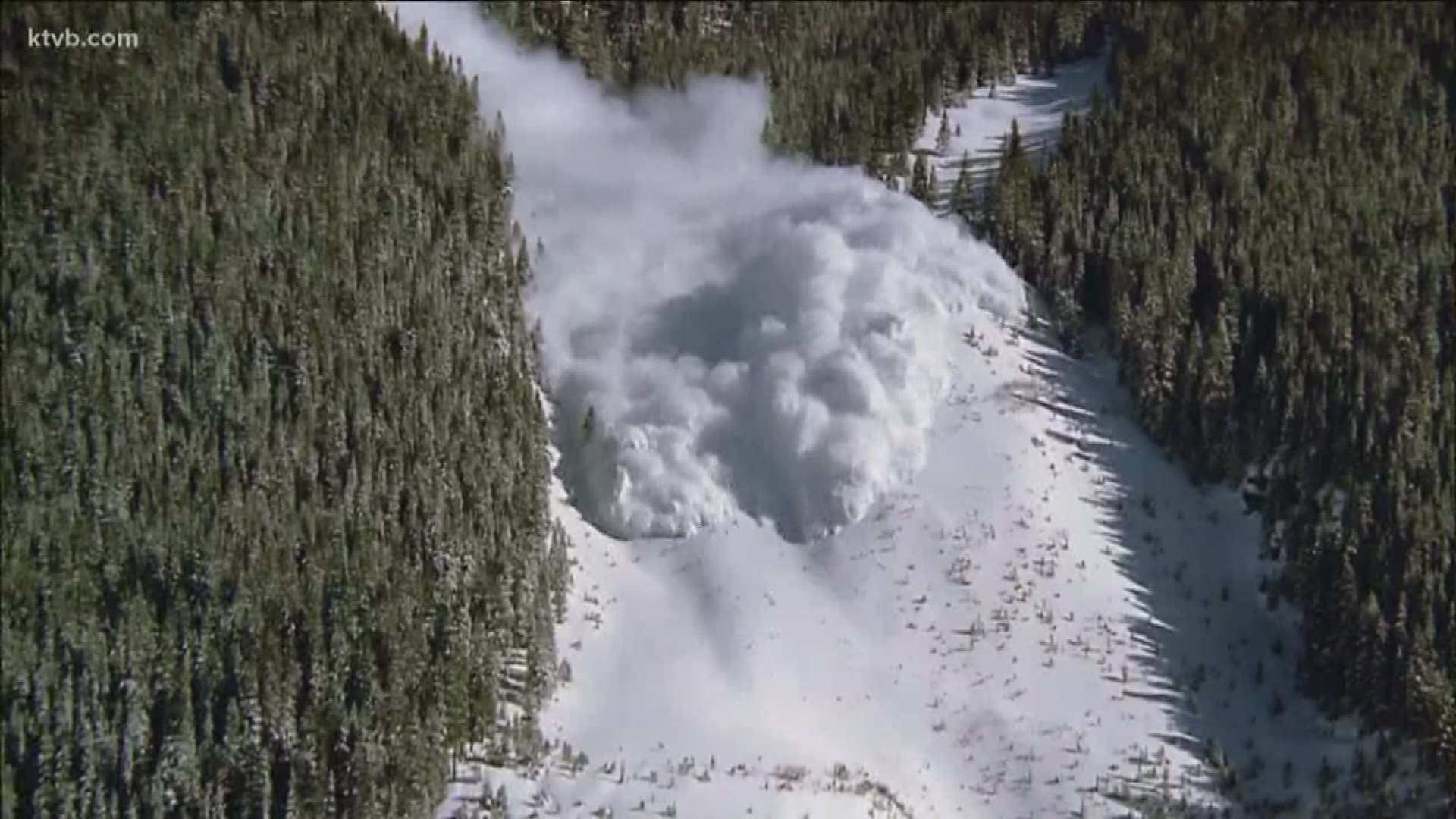 BOISE, Idaho — Five people have been killed in three avalanches in Idaho and Eastern Oregon within the last week.

In at least one case, the avalanche was proven to be human-triggered.

Scott Savage, director of the Sawtooth Avalanche Center, said there is no average time frame that is considered "avalanche season" so having multiple avalanches in January is not unusual.

Savage said the center sees hundreds of avalanches each season that are big enough to bury a person and typically, at least 10 of those are human-triggered.

Last year saw an exceptionally high amount of avalanches in the Sawtooth range, with the number in the thousands. At least 30 of those were human-triggered.

A thin snowfall early in the season that starts to rot away combined with fresh heavier snow on top make for ideal avalanche conditions.

“The ideal recipe for an avalanche - picture a really thin layer of potato chips and they’re happy when there’s no weight on top of them but what happens if you stack a pile of books on top? Something really heavy they’re going to collapse or crumble. And if you put those potato chips on a slope, it’s steep enough to slide and have an avalanche,” Savage described.

When it comes to triggering avalanches, it doesn't take much. Skiers and snowmobilers can both add the same amount of pressure to snow so one is not necessarily at a higher risk than the other.

The most important thing to remember is if you head to an avalanche-prone area, always go prepared.

“First and foremost the number one thing with avalanche awareness is education,” said Steven Meyer, director of 705 Backcountry Ski Patrol. "Before you go out in the backcountry you want to make sure you have the proper gear so a beacon, shovel and probe. You also want to make sure you know how to use them. Taking an avalanche class will help provide that and also take a look at the local avalanche forecasts.”

Some other important pieces of equipment to take are an inclinometer to measure the angles of the slope, crystal cards to analyze the quality of the snow and an avalanche airbag.

“If the ground feels really weird and starts to slide out from under you, you pull this [cord] and a giant bag of air pops up behind you and it can lift you to the surface and it has been proven to work,” Tobin said.

According to Savage, if you get caught in an avalanche it's important to try and fight your way to the sides so you're not stuck the middle of the deepest part of the avalanche.

If a friend or someone you are with gets caught in one, he says stay calm and try to help them without putting yourself in danger.

Avalanche experts agree that it's important to be patient, choose your slopes wisely and don't be afraid to have to wait another day.

“Do not be afraid to call it if seems a little sketchy,” Tobin said. "As we say, 'Live to ski another day.'"