Ammon Bundy speaks out: 'They basically came to kill our family'

Bundy and his family were accused of leading an armed uprising against federal agents near their ranch in Nevada four years ago. On Monday, their case was thrown out - and the Bundys continue to defend their actions. 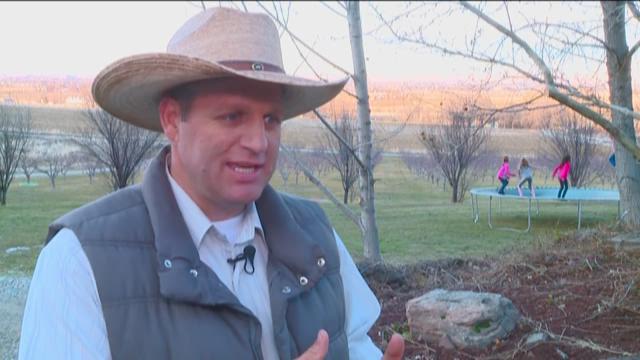 EMMETT -- Just a few days after his case was dismissed, Ammon Bundy is speaking out.

He and his family were accused of leading an armed uprising against federal agents near their ranch in Nevada four years ago.

But on Monday, their case was thrown out and the Bundys continue to defend their actions.

KTVB's Morgan Boydston and photojournalist Troy Colson spoke with Ammon Bundy on Friday at his home in Emmett to find out if he still stands by his actions and why.

Bundy was reflective and steadfast in defending both armed standoffs he was a part of and led - the high-profile one in Nevada in 2014 and the armed militant occupation of the Malheur National Wildlife Refuge in Harney County, Oregon in early 2016. In both cases, the ranchers and militia leader, Ryan Payne, were not charged.

"If we allow the federal government to blatantly just disregard the very charter that organized them then what's going to keep them intact on everything else," Ammon Bundy told KTVB on Friday. "It's very important that when we see they are overstepping their bounds - no matter what it is - that we put them back in that box." 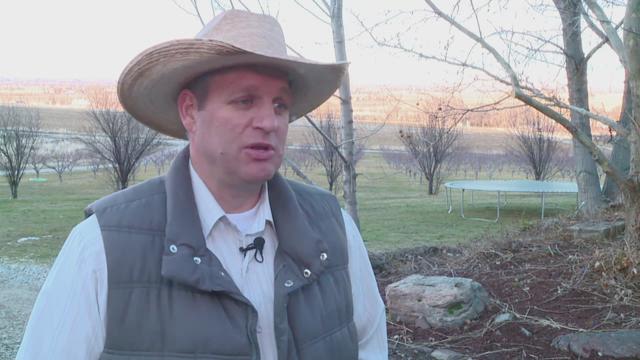 Ammon, his brother Ryan, and their father, Cliven Bundy, continue to defend their 2014 armed standoff with federal authorities near their family ranch in Nevada that resulted in a trial. That trial ended earlier this week with the case and criminal charges being dismissed.

NBC News reports Chief U.S. District Judge Gloria Navarro dismissed criminal charges against the Bundys and heavily criticized prosecutors for what she called "willful" violations of due process rights of defendants and failing to properly turn over evidence to their lawyer.

"To be able to actually have a district court judge say that just vindicates that the reason why we did this was not to pick a fight. We did it because we knew there was an issue here and it needed attention to it," Bundy said. "They just flat out lied. They basically came to kill our family, they surrounded us with snipers. And then they wanted to lie about it all like none of it happened. And they were caught."

The Bundys led the standoff against agents who wanted to seize Cliven's cattle over decades of unpaid grazing fees.

The government claims the Bundys recruited armed supporters to stand with them.

Authorities eventually backed down but Cliven was arrested a couple years later.

Then in January 2016, Ryan and Ammon led a high-profile armed occupation of the Malheur Wildlife Refuge in eastern Oregon. The two were sent to prison, but a jury acquitted them of that case in October.

When KTVB's Morgan Boydston asked if they feel they went about it in the proper way to get their point across, Bundy said:

"Well there was a couple things about that: one is we had to do something to bring attention to what they were doing to the Hammonds and to Harney County. And so we peacefully went into the refuge on a weekend when we knew no one was going to be there. The refuge is 35 miles out of town we didn't want to completely interrupt the whole community and we made that stand there. And we felt it was important we do it there because that was the entity and group of people that were doing these vindictive actions towards the people of Harney County.

"So then the militia: There's a ton of people that supported us, that understand and know that the Second Amendment is part of their rights. We also know the Constitution the Second Amendment says that a well-regulated militia being necessary for the security of a free state. And then third - if there is a third - we knew that if we didn't have some type of presence of saying, look we're serious here, they were just going to raid us and drag us out about six-to-eight hours after we were in there and we would have never been able to make a stand or a statement.

"So people can accuse us of doing that right or doing that wrong but really I look at it as each step we did was necessary, and the jury in Oregon agreed with us."

Ammon feels guns were necessary to get his point across and reinforce what they were trying to accomplish.

"What do they say, the most peaceful neighborhood is those who all own guns," Bundy told KTVB.

Now out of prison, Ammon is back home in Emmett.

"We spent two years in prison knowing that in the end we'd be vindicated, but when it finally came it was just almost surreal. Almost like still today I have to pinch myself every once in a while just to... see if it's all real," he said.

The Bundys and co-defendant Ryan Payne's cases being thrown out reinforces their stance against government overreach and claims that states control federal land in the West.

Ammon says it's his duty to continue to bring exposure and stand for what he feels is wrong.

Asked if he has any regrets from the last few years, Ammon says he does not.

"No I really don't. Because most of what's been so difficult and the suffering and being away from my children was all done under the pretense of just brute force. So I don't know how I could have - other than just not standing - I don't know how I could have prevented the tremendous amount of suffering that... my family and I have gone through. I would love to say I regret those things but I can't do that without just saying I wouldn't have done the whole thing. And I don't regret doing any of that," Bundy told KTVB.

He still stands by his belief that a higher power helped him and his supporters in Nevada and Oregon.

"We prayed and pleaded with [the Lord] to help us. We felt His help, His strength and His guidance. We followed that the best we could and we have been given the advantage," Bundy said. "There is a God in heaven, he does want us to be free and he gives those an advantage who does what is right."

On the other side, environmental groups say federal land already belongs to the people and federal control ensures the public has access to it.