Ammon Bundy protests federal background check for gun purchases: 'I do not agree with any of the process'

One of the leaders of the 2016 occupation of an Oregon wildlife refuge has been trying to buy a gun in Emmett, but has come up empty-handed. 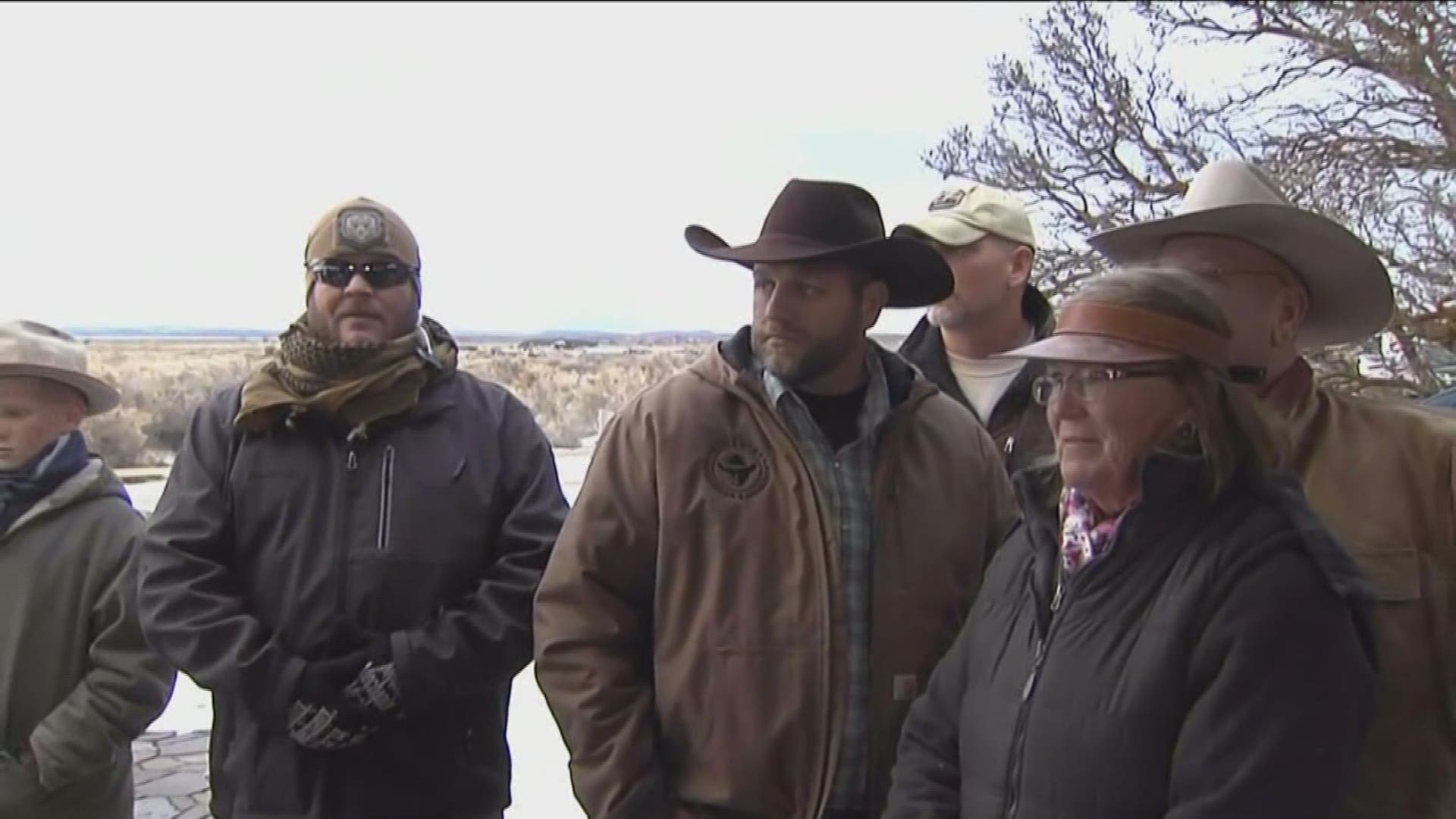 The man who started a national debate on land rights is now taking a stand when it comes to gun rights.

Thousands of people are following Ammon Bundy on his public Facebook page as he tried to purchase a rifle at a store in Emmett.

In one video Bundy says he was denied at a store in Emmett. The caption for his video is: "The bureaucrats have made us felons without a conviction. Our record shows that we are felons and on felony probation since September 2017. We were acquitted on all charges."

Bundy is referring to charges he and others faced following the 40-day seizure of the Malheur National Wildlife Refuge in Harney County, Oregon. KTVB extensively covered the stand-off in the winter of 2016. Bundy - who was one of the leaders of the occupation - was eventually found not guilty on a charge of conspiracy to keep federal workers from doing their jobs.

In an update post on Bundy's Facebook page, he says the FBI ended up clearing him to purchase a gun.

"So I debated if I was going to purchase it or build an AR-15... but I decided I wanted to go down and get that rifle," Bundy said in the video. "So I went down and they knew who I was and I went through the process."

Bundy continued: "I had to show my drivers license, and they said OK now you have to sign this document. It approves the background check, that I agree to it and the process and I haven't committed any crimes since the last time I was in, and so I wrote on the line 'in protest' because I do not agree with any of the process."

The document Bundy is referring to is issued by the Bureau of Alcohol, Tobacco, Firearms and Explosives (ATF). It's federal law for those buying guns to sign it. Since Bundy refused, the purchased was denied.

He argues that the required process for buying guns runs counter to the 2nd Amendment, and that everyone has the right to bear arms without agreeing to their privacy being invaded.

The videos posted in the last few days by Bundy have been seen thousands of times on his Facebook page. Many of those watching are commending him, while others question the protest.

One man wrote, "I gotta sign every time I buy a gun, so what's the issue?"

We reached out to Bundy for comment, but haven't heard back yet.

RELATED: Oregon sheriff known for standoff to resign over funds