Amid protests, Boise City Council moves ahead with budget increase for police funding

The Council voted 4 to 2 Tuesday night to approve the city's budget for next year, including an additional $1.2 million for the Boise Police Department. 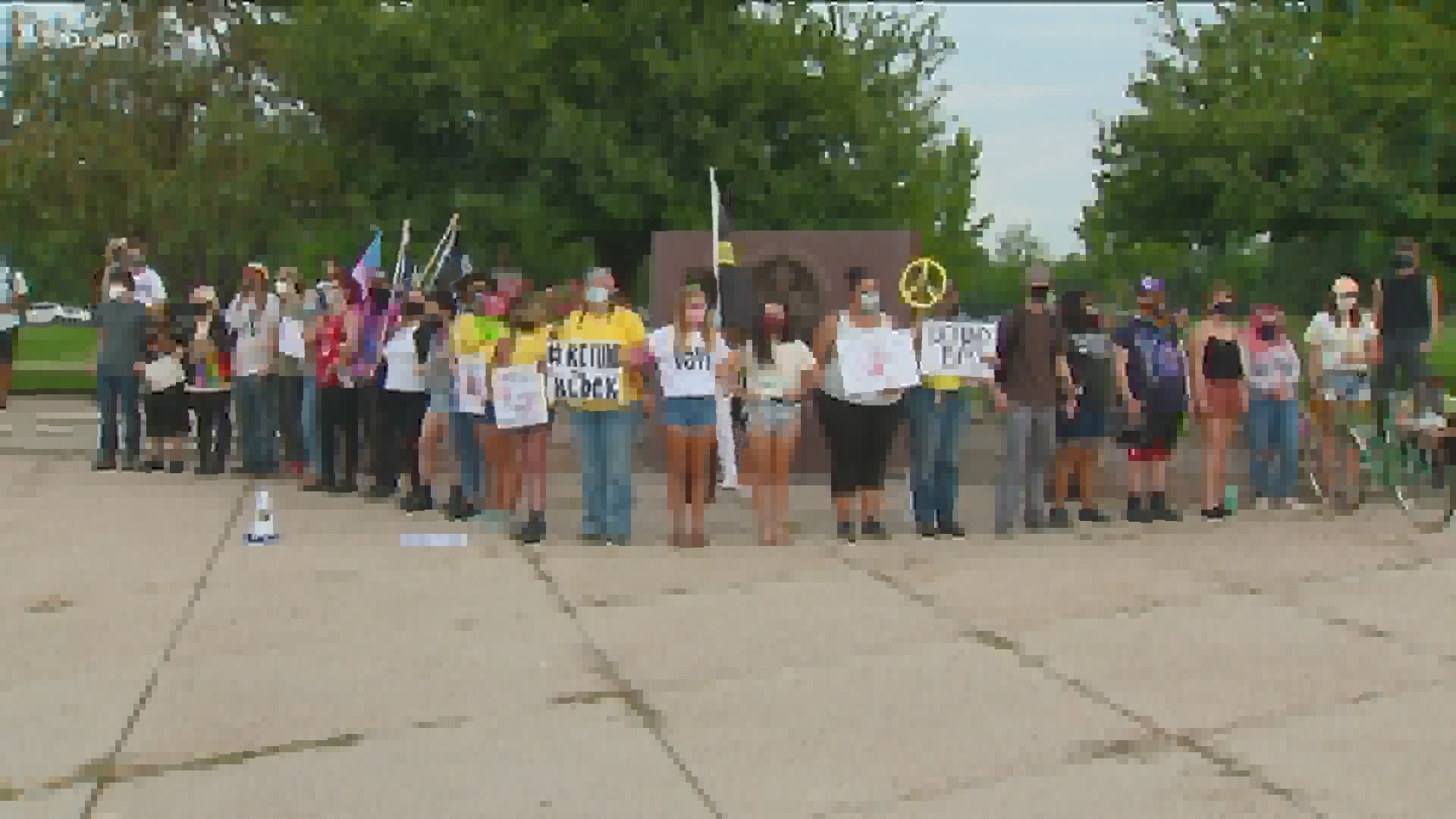 BOISE, Idaho — Black Lives Matter protesters once again showed up in Boise to make their message heard. The group is calling for an end to police brutality by defunding the police.

On Tuesday, BLM Boise intended to deliver more than 4,200 signatures to Mayor Lauren McLean and the rest of Boise City Council asking them to defund Boise police.

Officers put up barricades around most of City Hall, though people were still able to get in. Counter-protesters, those in support of police funding, lined up across the street cheering for the officers standing outside City Hall. Some of the counter-protesters were armed.

In an Instagram post, BLM Boise stated City Hall had been completely barricaded off, preventing them from handing in their signatures. Police say City Hall was still accessible despite barricades surrounding most of the plaza.

Due to the barricades and because of the counter-protesters, the BLM group changed their protest location at the last minute to Ann Morrison Park.

There, the group reiterated their message, calling to defund the police and to end state-sanctioned violence.

The issue at play with both protests: police funding.

In late July, the Boise City Council voted 4 to 2 to move forward with plans for the 2021 budget. Part of that budget includes adding another $1.2 million to the Boise Police Department's more than $70 million budget.

Jimmy Hallyburton and Lisa Sanchez were the two council members who voted against the plan.

KTVB reached out to Hallyburton on Tuesday to hear more about his stance on the issue and the reason behind his vote.

“I think that in a year where communication has been so difficult because of COVID and a year where we’ve canceled every single one of our budget town halls or discussions – both in-person, virtual and telephone – I didn’t feel like the conversation had been had in full yet and it was still too big of an issue to vote on,” he said.

Hallyburton made a motion to keep the city's police budget where it was until further discussion could be had. That motion did not even make it to a vote.

On Tuesday night, the Council voted 4 to 2 to actually approve next year's budget. Hallyburton and Sanchez were again the dissenting votes.

“I understand that there are folks who feel like they haven’t been heard and I think there is room for more discussion and I wish we would have been able to have those," Hallyburton told KTVB.

He added that those types of discussions take time and he wants to see more input from the community about the best use of city funds before moving forward.

Also as part of the BLM Boise protest Tuesday night, the group mentioned how some of its members protested outside Council President Elaine Clegg's house on Sunday.

4/6 councilmembers voted in favor of @boisemayor’s budget, which increases funding to @BoisePD’s budget. This morning we‘re outside the home of one of those members; Councilmember Clegg was M.I.A while @BoisePD confronts peaceful assembly. #BlackLivesMatter #blmboise #thisisboise pic.twitter.com/GgVgdG6Vvv

The group was upset that instead of coming out and simply talking to them, she called the police on them. Leaders told KTVB that they felt it was yet another example of them not being heard.

KTVB reached out to Clegg for comment on the protest but did not get a response.

When asked what his stance on protests outside elected officials' homes was, Hallyburton said it's a hard question to answer.

On one hand, he understands the reason behind it but he also believes homes should be a place where people feel safe.

“I can understand how someone coming and protesting at your house may seem like a violation of these sort of unwritten rules for ‘You don’t do that.’ And historically we just have not done that in Boise," he said. “I think there are some people who feel like they have no other option and they haven’t been heard and this is sort of their last resort so I don’t blame them for doing that either.

"I do think we need to make sure that people feel heard and they feel listened to and that we create a venue for them to do that," Hallyburton added. "I think a lot of these protests are a result of us not creating that venue.”

BLM Boise does plan to try again another day to deliver their signatures to City Hall.