Here's what the inside of Amazon's Nampa fulfillment center looks like

The company is looking to hire 2,000 people before the massive facility opens later this year. 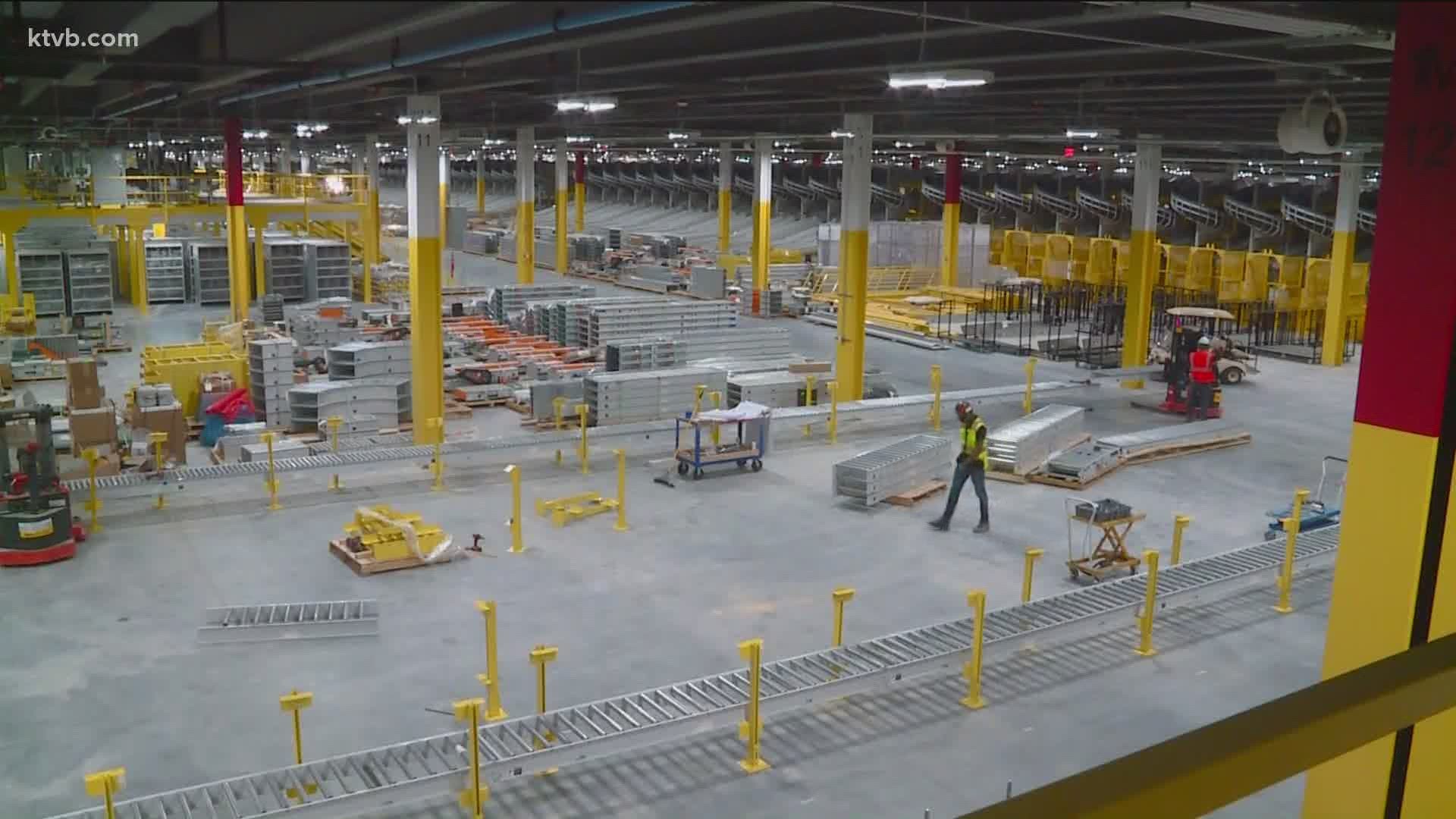 NAMPA, Idaho — For the first time, KTVB got an inside look at what so many people have been waiting to see: the inside of Amazon's massive new fulfillment center in Nampa.

On Tuesday, the center's general manager, Tim Mcintosh gave a tour of the facility to Gov. Brad Little, Nampa Mayor Debbie Kling and other elected leaders.

“We are excited to begin hiring," Mcintosh said. "We anticipate that the 2,000 teammates are going to come primarily from the Treasure Valley."

From the main processing area to the facility's operations area, where team members scan items into inventory, Amazon walked KTVB through the four-story, 650,000 square foot space. The entire facility is as big as 11 football fields from end to end, according to Amazon.

The company expects the fulfillment center - located at the corner of Franklin and Star roads, north of I-84 -  to open by the end of the year.

Amazon officials said they’ll make hiring announcements about a month or two before opening, but there are already some job postings out there for some positions.

The company had initially planned to hire about 1,000 workers, but that number has since doubled to 2,000.

The project has been in the works for at least two years, with Amazon confirming in October 2019 that it would be a fulfillment center. Construction officially got underway in January.

The center is expected to generate $45 million in property taxes for Nampa over the next 20 years.