"We have a long history of supporting local businesses big and small, and this is no exception," Albertsons Intermountain Division President John Colgrove said. 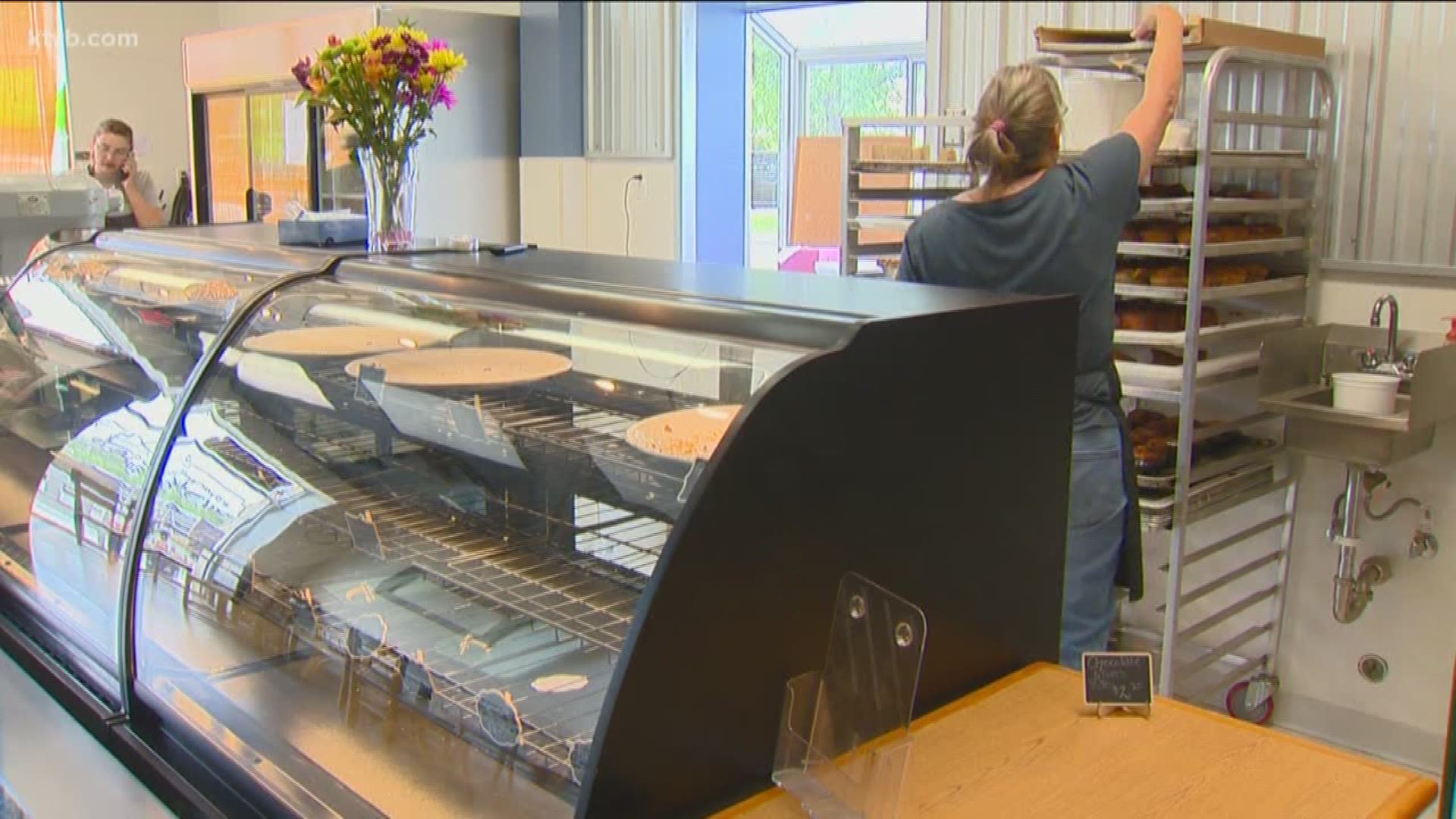 BOISE, Idaho — Albertsons announced Thursday the company is dropping a lawsuit against a bakery and growler business in Boise.

The lawsuit against Granny C's and CopenRoss Growlers was filed earlier this week, alleging illegal competition. Albertsons had argued the businesses were violating the covenant code and restrictions that limited which businesses could operate within the shopping center.

Brad DeBoer, owner of Granny C's, told KTVB on Thursday that he was very humbled by all the community support they had received the last couple of days.

“I’m extremely elated that I don’t have to look for money to fight a lawsuit, one. But we are overwhelmed at the level of support we have received from the Boise community,” he said. “We are so happy that the Boise community has helped us through a very trying situation and all we can do is say thank you.”

For the second day in a row, the bakery sold out of all its goods and had to close early. DeBoer said they felt bad because that meant there were hundreds of customers they couldn't serve for those two days, but that doesn't diminish how honored they were by all the support.

DeBoer said that language was not repeated in the lease he signed before opening the business. CopenRoss Growlers declined to be interviewed.

RELATED: Boise bakery overwhelmed by support from community, closes early after selling out

Albertsons now says the lawsuit will continue against FPA Shoppes, the landlord who allegedly drew up improper lease agreements for the businesses, but will be dropped against Granny C's and CopenRoss Growlers.

“We have reached out to the business owners of Granny C’s and CopenRoss Growlers so that we can work together to resolve the issues that have arisen from the improper lease agreements that were created by the landlord," Colgrove said in a statement. "We have a long history of supporting local businesses big and small, and this is no exception. For over three years, Albertsons has reached out to this landlord on a number of infractions, and it has been incredibly difficult to work with them. We are disappointed that the landlord misled these two local businesses, and we deeply regret any distress that the owners of Granny C’s and CopenRoss Growlers experienced as a result of this dispute. Albertsons is committed to working alongside these tenants to reach an amicable resolution with the landlord.”

When asked if the lawsuit being dropped means Granny C's will stay in its current location, DeBoer said 'no comment' because they're not really sure yet what will happen but they are working with Albertson's to move forward.