Lt. Gen. Jay Silveria said he chose to visit the Treasure Valley because of the area's deep ties to the Air Force. 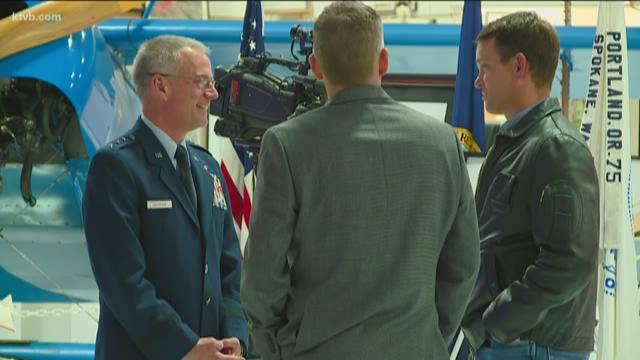 BOISE, Idaho — The superintendent of the U.S. Air Force Academy made a stop in Nampa on Tuesday to honor the academy's annual Founders Day celebration.

He said he chose to come to the Treasure Valley because of the area's deep ties to the Air Force.

"With Mountain Home Air Force Base just down the road, the Air National Guard unit [at Gowen Field], there's a lot of [Air Force Academy] graduates in the area," Silveria said. "And also, the Air Force is part of the Mountain West Conference. We compete with Boise State in a number of sports and we always get great support."

Founders Day recognizes the establishment of the academy in Colorado Springs, Colorado in 1954 when President Dwight Eisenhower signed Public Law 325.

Since opening 65 years ago, more than 50,000 cadets have gratuated from the Air Force Academy including more than 40 future astronauts.

Today, the Academy celebrates Founders Day in early April to commemorate the milestone and to honor newly-selected Distinguished Graduates of the institution.