After years of fire seasons on 'steroids,' Idaho could see a later start 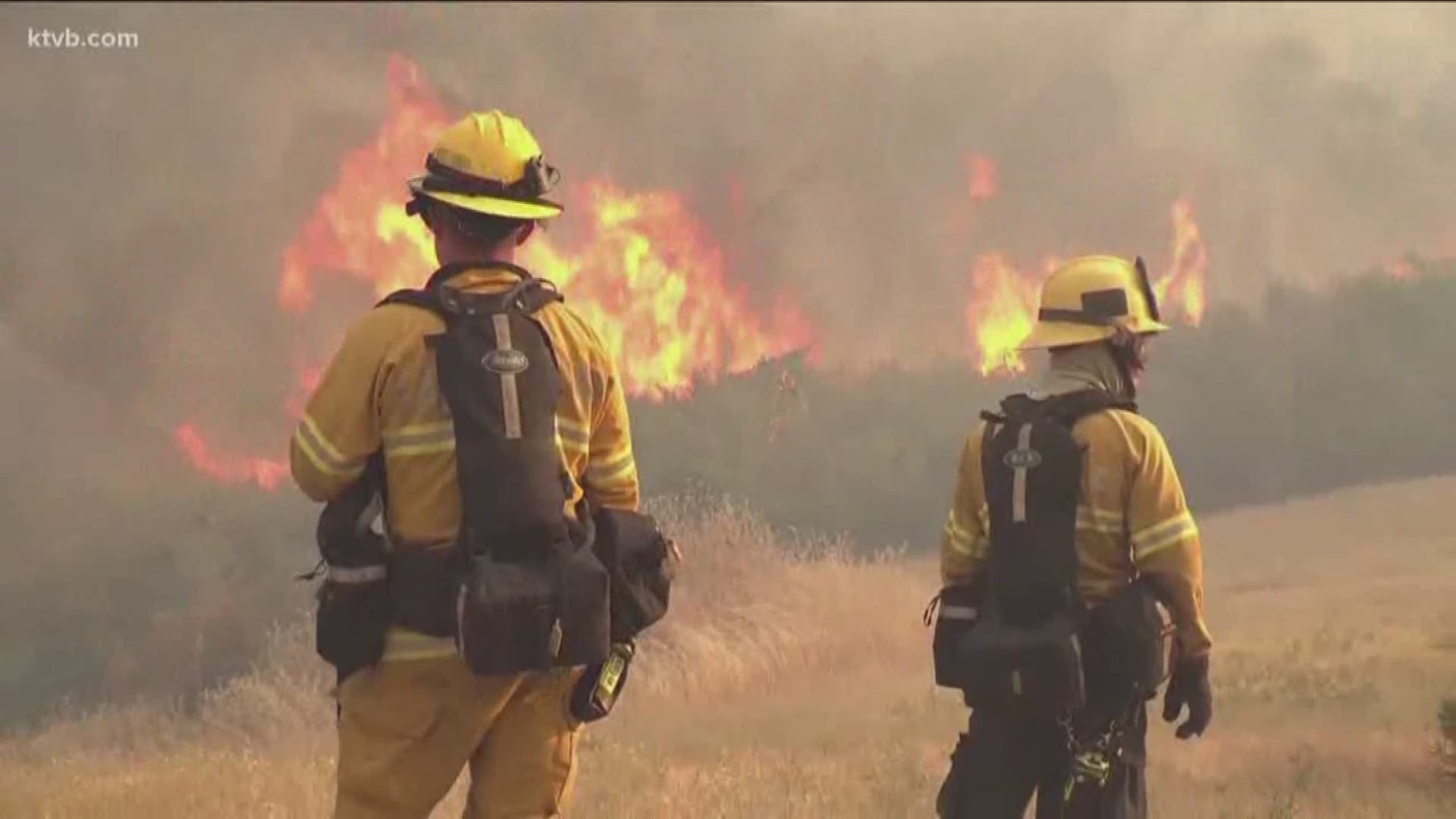 BOISE, Idaho — As the days get longer and hotter, wildfire season is getting closer.

So, what should we expect this year?

“What we've become accustomed to are these fire seasons on steroids, which is largely due to changing environment, changing fuel conditions and slightly warmer temperatures, even half a degree on your annual temperatures can make a tremendous difference on how dry things get out there and the drier they are, the more receptive those fuels are,” NIFC meteorologist Bryan Henry said.

But this year, fire season in Idaho is expected to begin a little later because of the melting snowpack.

“We're not looking at those above average fire seasons this year across the Great Basin, which we've become accustomed to,” Henry said. “At Bogus Basin for example, the snowpack was above average this past year and you could see that the snowpack is coming off at a slightly slower than average rate, so the later that snowpack comes off, the later it'll be before those fuels become receptive to fire in the higher terrain.”

Typically, the fire season will start in Southern California, then Northern California and into the southern part of the Great Basin. Then in June, fires will begin in Idaho.

While we are expecting a gradual entry into our fire season, that doesn't necessarily mean we won't see or feel the impacts of fires happening in other places. For example, if plumes of smoke form from California fires, that smoke will move right over the Great Basin and into the Boise area.