UPDATE: Stolen bike of drowning victim returned to Boise family after they begged for it back

"We just want it back," Hansen previously told KTVB. "Not only to remember our son but we can give it to his little brother." 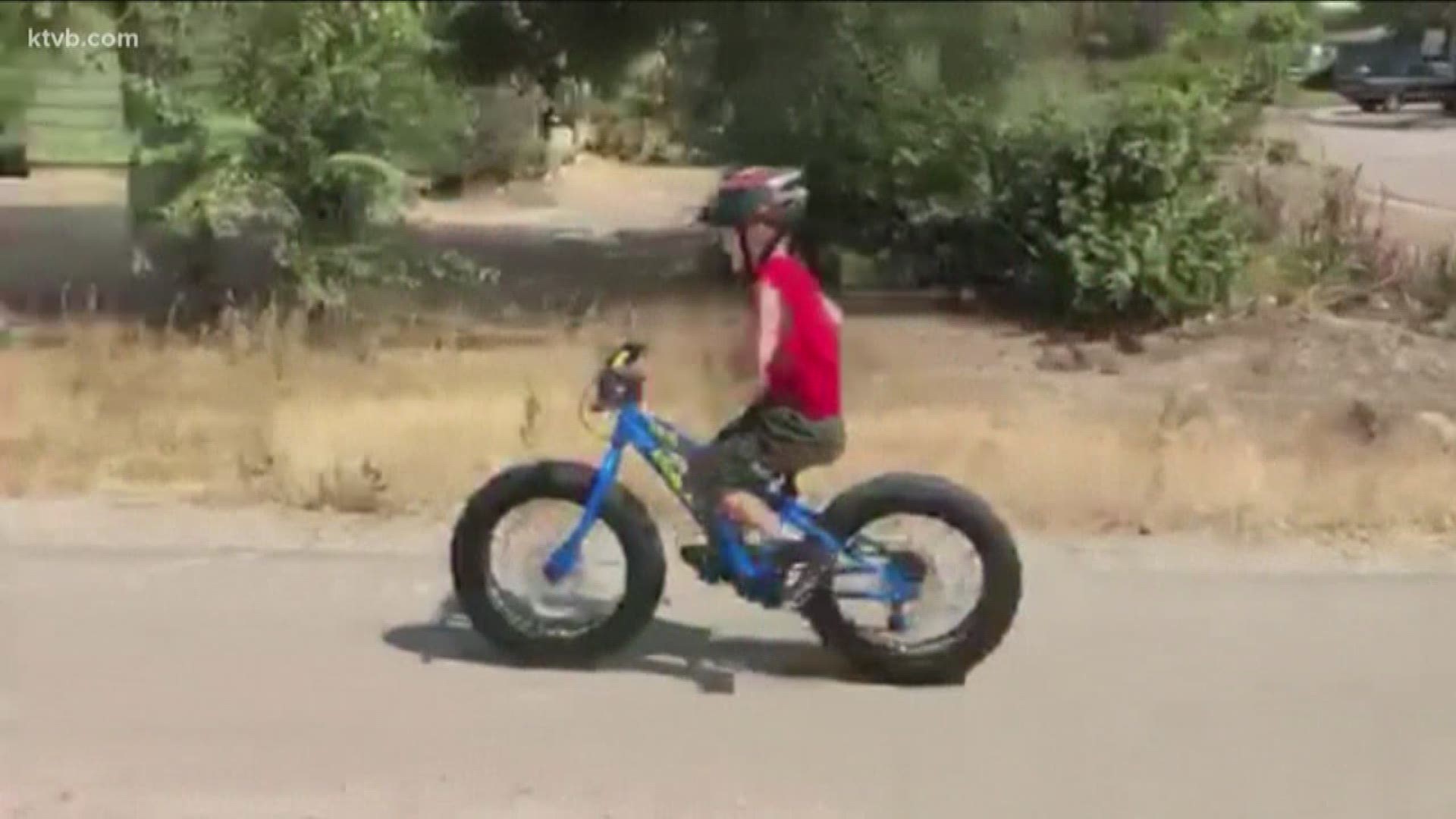 The bike of a 10-year-old boy who drowned in a kayaking accident on the Payette River on Aug. 16 was returned to the Lake Hazel Elementary, according to the boy's father, Leif Hansen.

The bike was returned by a family on Sept. 4 who did not know it was stolen when they traded tools for it, Hansen said.

The family who dropped off the bike did not leave any contact information but said they just wanted the Hansens to have their son's bike back.

"I just can't say thank you enough to everyone for all the help and support! It's so amazing all the great people we have in this community," Hansen said.

"We have a little piece of our son back even though it's just a bike, it was a symbol of Maximus," he said.

1 / 2
Leif Hansen
The bike of a 10-year-old boy who drowned in a kayaking accident on the Payette River on Aug. 16 was returned to the Lake Hazel Elementary, according to the boy's father, Leif Hansen.

A Boise couple is making a desperate plea to the community to bring their son's stolen bike back.

Before Max passed away, his bike was stolen on his birthday this past May. His parents say getting the bike back is now more important than ever.

"We don't care who took it or why they took it, we just want it back," Leif Hansen, Max's father, plead.

Max got the very distinct looking bike for his seventh birthday three years ago.

"It's a blue mongoose frame bike with big fat tires," Hansen said. "It's a super distinct bike, that's how they knew where Max was in the neighborhood. They would see it coming down the street and knew it was him."

On Max's tenth birthday, the bike was stolen and still hasn't turned up anywhere.

RELATED: 'He was just so fearless': Boise parents reflect on life of 10-year-old son killed in kayaking accident

"He was coming home from school carrying cupcakes," Hansen said. "Him and his best friend Miles actually ate all the cupcakes by the time they got home. He went back and his bike was gone."

Max's bike was stolen from Lake Hazel Elementary and rode it to school every day.

"Going to school kids would yell out their window saying hi to him because they recognized the bike before his face," Hansen said.

Hansen notified the school and filed a police report, but the bike still hasn't turned up.

"We just want it back," Hansen said. "Not only to remember our son but we can give it to his little brother."

The Hansen's say they don't care who took the bike or why, just please return it.

"Even if you know where it is, if somebody ditched it in a canal, just tell me where and I’ll go get it," Hansen said. "No questions asked we just want it back, we just want a piece of our son back."

Hansen says whoever has the bike can drop it off at Lake Hazel Elementary, the police station or even somewhere in the neighborhood.