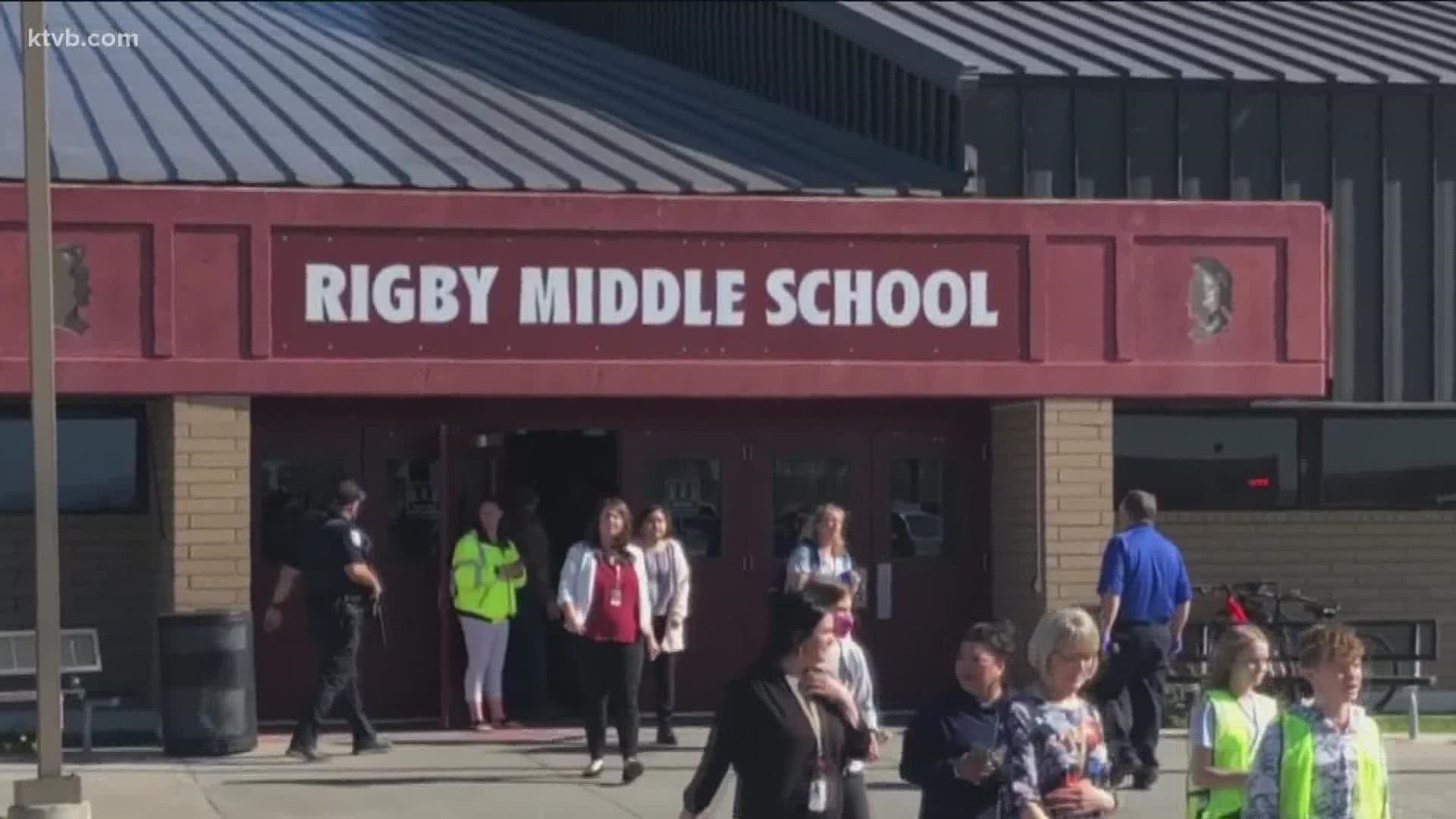 IDAHO, USA — The Idaho State Board of Education's School Safety and Security Program released a report on Sept. 27 outlining 29 recommendations for Idaho schools to consider in an effort to keep students and staff safe.

This report is a review of the Rigby Middle School shooting on May 6 that shooting left two students and one staff member injured.

The report is narrowly tailored to the Rigby shooting and the events that transpired; however, the recommendations are applicable to all Idaho schools, according to School Safety and Security Analyst Guy Bliesner.

Bliesner said preventative measures are the top priority, as seen in the first recommendation that endorses schools' use and promote a free, statewide, anonymous tip line.

According to the post-incident report, "One of the accused attacker’s classmates observed a drawing that depicted a gun and a school, and several students saw concerning postings on social media."

"I would strongly encourage schools to use that resource. It's at no cost to them." Bliesner said. "They can use the resource, widely allow it to be advertised in their school community, and those folks who see things they go, 'that's not right' have and avenue that the information can be moved to people who can do something about it."

If preventative measures fail and a school finds itself in a crisis situation, the report emphasizes real-time communication to notify students and staff of a threat.

The report added that not everyone at Rigby Middle School was notified an active shooter was present. Portable classrooms specifically were not connected to the schools' public address system.

KTVB attempted to contact the Jefferson School District on how this report was received. The district referred KTVB to their website that lists changes for the 2021-22 school year.

"If it happens in one school it could happen in another. And the lessons we can learn in this process are like all education. You don't need experience to learn it. You can simply gain from someone else's knowledge," Bliesner said.