Idaho gubernatorial candidate Paulette Jordan was among the panelists who spoke in favor of legalization. 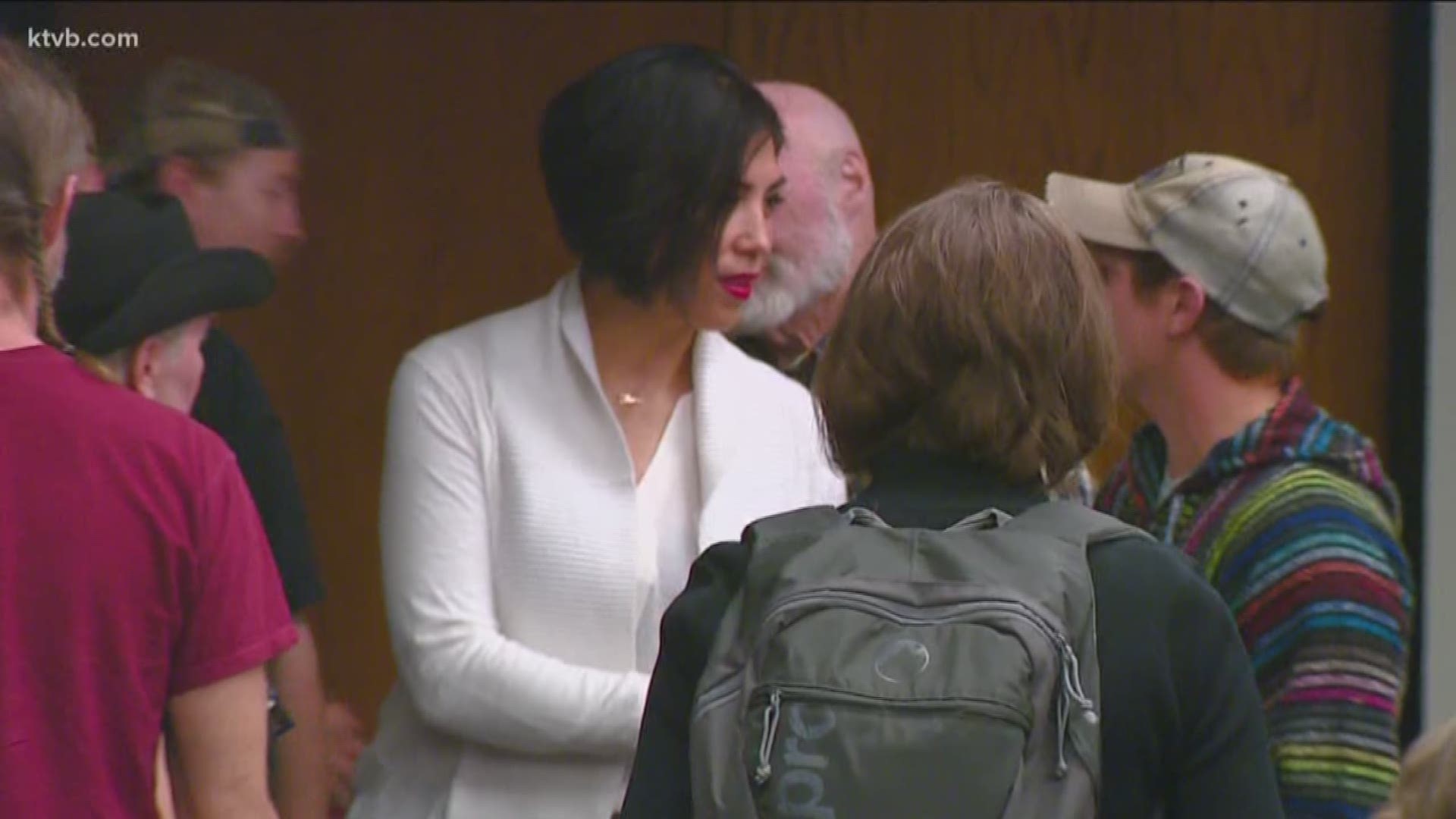 BOISE — Marijuana legalization is a hot-button subject in Idaho, but it’s one that’s coming up more and more as neighboring states change their laws.

Decriminalizing pot was the topic of discussion at a Boise town hall meeting Sunday afternoon.

“We're hear to try to explain to people the medical uses and the civil rights reasons why we need to end this prohibition,” marijuana advocate Russ Belville said.

Belville was one of 14 panelists, including Idaho gubernatorial hopeful Paulette Jordan, speaking to a crowd about why pot should be legal.

“It’s definitely a better alternative, a natural resource, a natural medicine that has benefited many people,” Jordan said.

Belville added that the sale and taxation of marijuana is a cash cow Idaho is missing out on, pointing to Baker County, Oregon where two legal dispensaries are operating out of Huntington.

“That county ranks as the greatest per capita tax revenue county in the entire state of Oregon with a per capita rate of $924 per person raised in marijuana taxes for a total of over $16 million in the 2017 fiscal year,” Belville said.

In turn, Belville believes the state would save money on prosecuting people for marijuana-related crimes.

“The average arrest and citation of someone possessing cannabis takes four hours of a policeman’s time," he said. "I would rather that policeman be preventing robberies, stopping rapes, going after real criminals then trying to deal with some kid with a baggy of weed in his pocket."

While advocates tout the plant as a natural alternative to pain medication and a potential money-maker for the state, there are plenty of Idahoans who don’t to see it legalized.

Medical or recreational marijuana decriminalization has never appeared on the ballot in Idaho.