Ada County Highway District to replace 250 street signs, some due to heat damage

The Ada County Highway District once used a vinyl film for street signs. The material ages prematurely, and has only been damaged further by the recent heatwave. 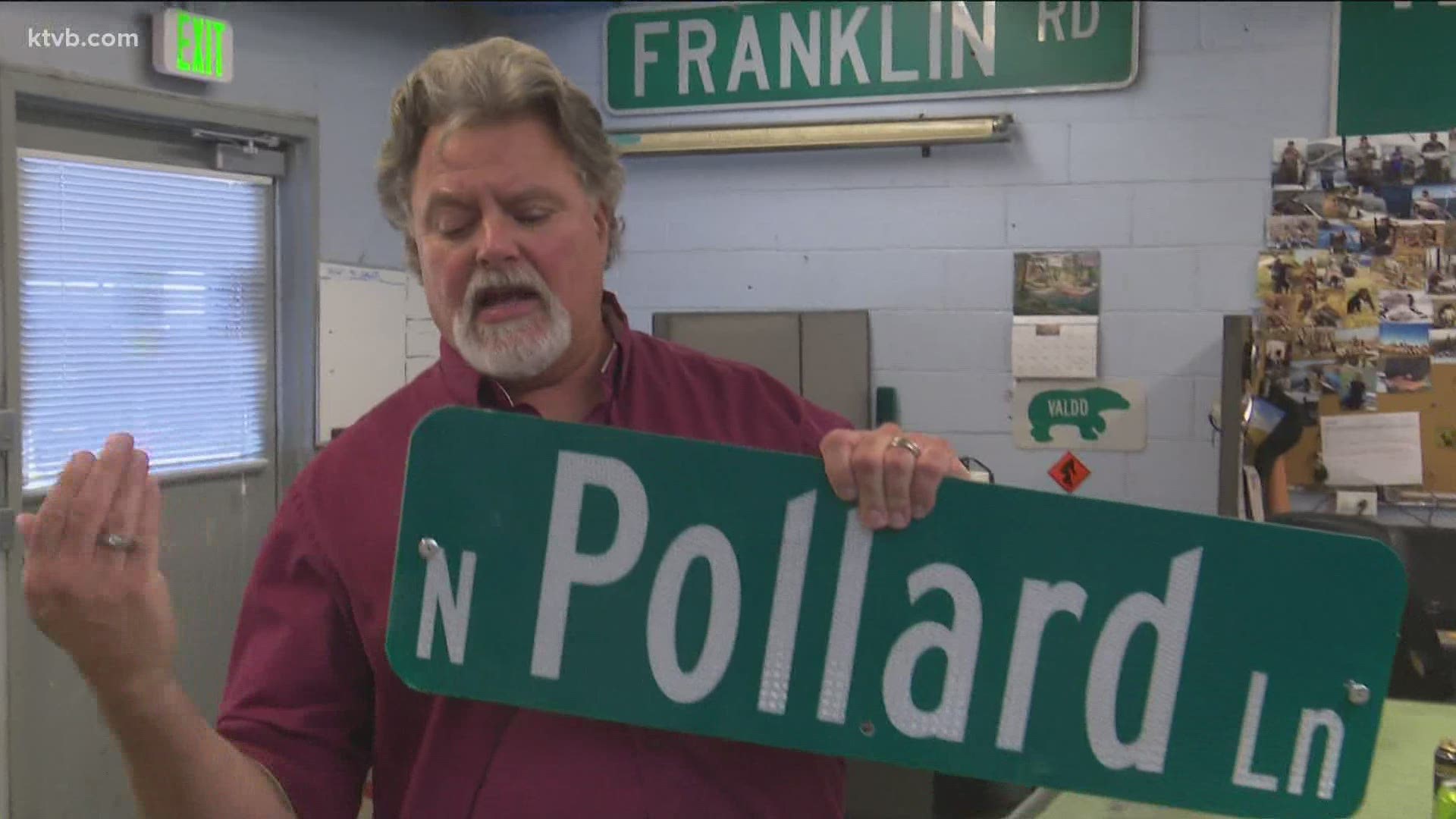 BOISE, Idaho — It’s a job not many people think about too often, but somebody has to do it.

Brain Lueder works as a crew chief for the sign department at the Ada County Highway District. With more than 17 years of experience under his belt, he’s seen different types of signs come and go.

“Now we've come up to this generation of sign that is highly prismatic,” Lueder said. “It catches the light from angle and comes back at the driver so they can see it.”

However, ACHD had a slight learning curve to figure out how to deal with the heat. At first, the green film outlining the letters was vinyl, according to ACHD Traffic Service Manager Shawn Martin, and it had some problems.

The film aged prematurely and it quickly deteriorated in the sun, making this past heatwave a catalyst for many signs that were already on rough shape.

“Definitely the heat helps speed that process up,” Martin said. “We no longer use [vinyl film]. We use an acrylic film. So, once we recognized the problem, we changed it.”

ACHD said they have a list of 250 of these signs around the county that need to be replaced. However, before they can get to those signs, they first must put up all the new signs for developing subdivisions.

In the past fiscal year, 2,500 new street signs were installed, according to ACHD.

“It is a constant process replacing and installing new,” Lueder said.

ACHD officials explained that large overhead signs, the type seen at busy intersections, cost about $250, including labor. For smaller residential signs, that figure is closer to $110.

Materials are constantly changing and developing for long-lasting signs, according to Lueder. He added they all have to be replaced eventually.

ACHD expects their signs to last about a decade before they need to be retired.

“Our hope is that in the next three years, we'll get all 250 replaced,” Martin said.

Officials said people can report signs that need to be replaced with the highway district.