On Wednesday, several residents in the area of Hill Road testified before ACHD commissioners, speaking out against a proposed subdivision that would add almost 300 homes. 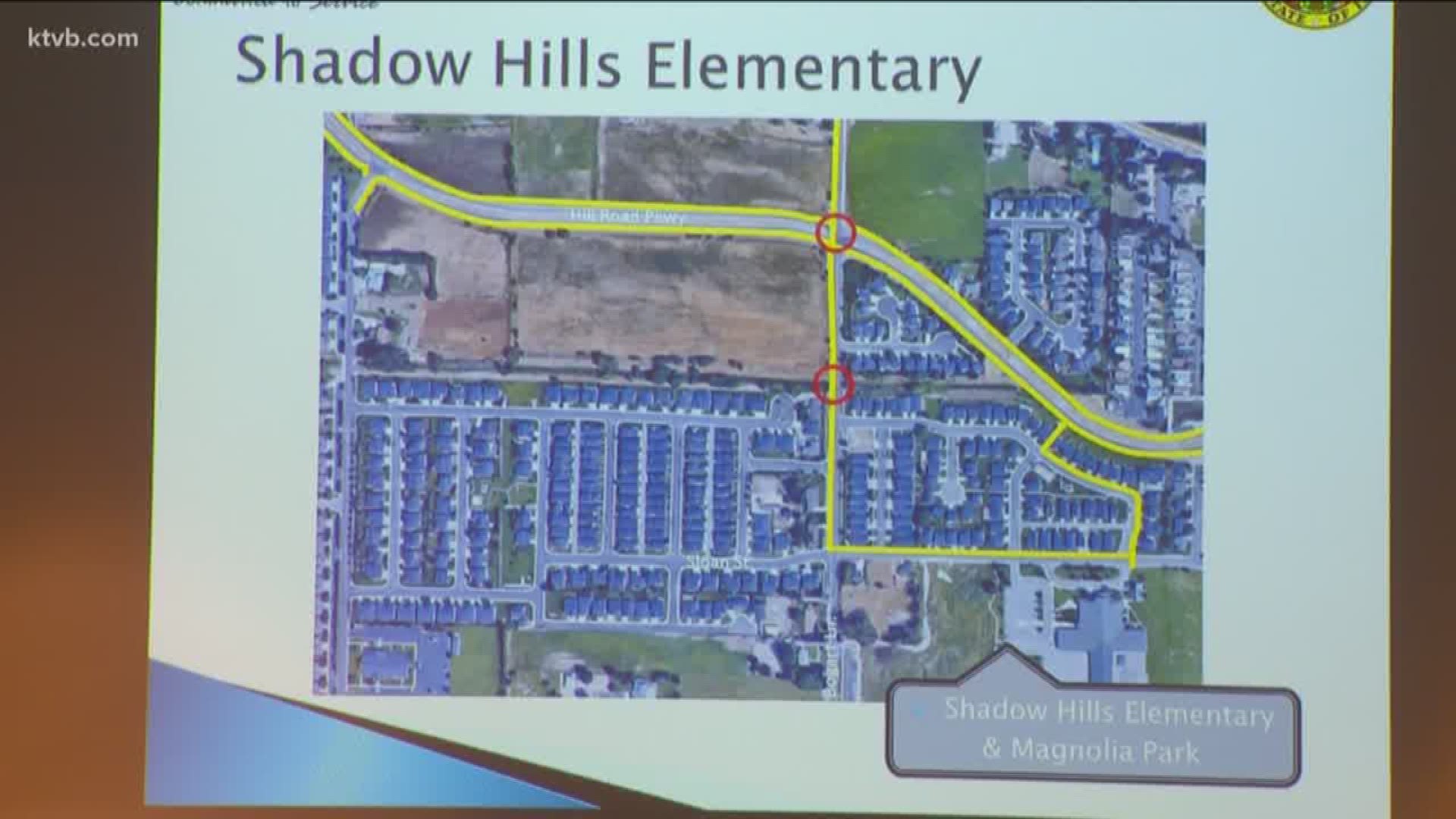 The ACHD Commission was deciding whether to approve a rezoning application for Prominence Subdivision.

The proposed subdivision would add 286 homes, apartments and town homes on Hill Road between Bogart and Duncan roads.

Because ACHD deals with transportation, the public testimony focused only on traffic-related concerns that the residents in the neighborhood have.

The biggest concern is how much more traffic it would add to the area. Some of the residents feel it's already busy enough.

“A lot more traffic already," said Divit Cardoza, who lives on Hill Road. "If you look at the situation with Hill road right now, even go to like Hill and Collister at 5 o’clock and you’ll see cars backed up all the way to Edwards Greenhouse now."

A traffic impact study done by the developer estimates about 1,189 vehicle trips per day on Hill Road, with the proposed subdivision included.

Members of the Northwest Neighborhood Association also voiced concerns there would be more big trucks on that road traveling to the landfill.

With the increased traffic, many residents feel it would endanger the neighborhood - especially the children.

“We have three schools right there in the area," said Richard Llewellyn, president of the Northwest Neighborhood Association. "We have River Glen Junior High, Shadow Hills Elementary and Rolling Hills Public Charter School. All those children would need to cross Hill Road Parkway if they’re on the north side to get there, and crossing Hill Road Parkway right now, you already have to be ready to run.”

RELATED: 'These homes are helping the community': Building boom a benefit to Ada County, economist says

The residents worry adding more traffic increases the safety risk for those kids. They feel if the subdivision were to go through, multiple pedestrian crossings would need to be added.

After a two and a half hour hearing, ACHD commissioners discussed the proposal and acknowledged there were a few safety concerns. However, the commissioners said the application met all requirements ACHD would need to see so they voted 3 to 2 to approve the rezoning application.

Residents of the neighborhood have previously spoken out against the development for other reasons, such as it would take away what little open space is left in Boise, and that it would change the neighborhood too drastically.

MORE: Neighbors fighting to hold on to rural land in Boise

There will be a public hearing with the city planning and zoning on May 13 at 6 p.m. at Boise City Hall.