County commissioners voted unanimously in favor of the ordinance, which prohibits discrimination based on sexual orientation and gender identity. 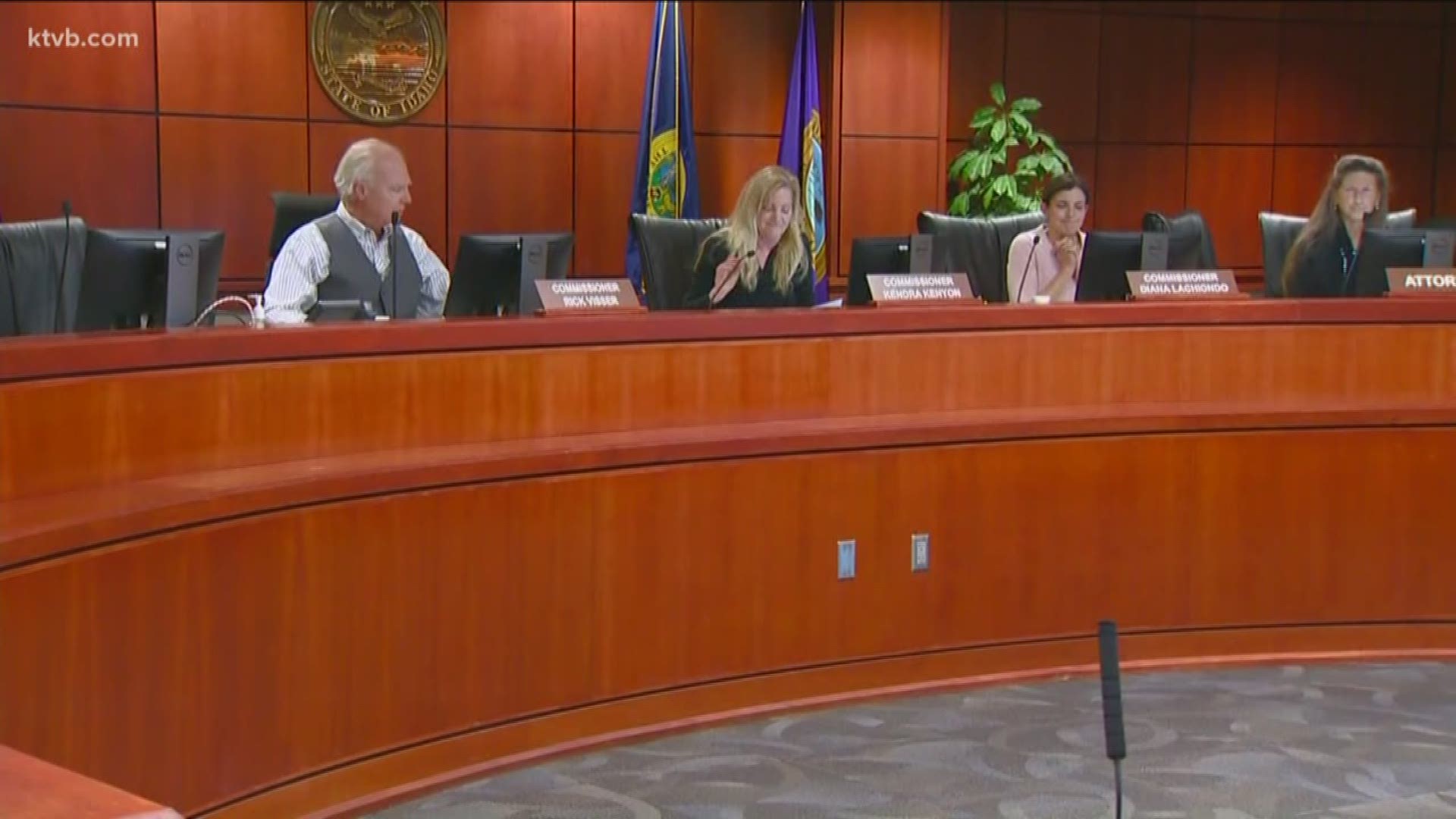 BOISE, Idaho — Ada County is now the second county in Idaho to put an anti-discrimination ordinance into effect.

After testimony from dozens of community members Wednesday night, all three county commissioners voted unanimously to pass the ordinance.

It prevents discrimination based on sexual orientation or gender identity and applies to areas like employment, housing and public accommodations.

The language of the ordinance reads that it applies to “every individual in the county.” However, Commissioner Diana Lachiondo, who initiated bringing the ordinance to the county, said to be clear it applies only to unincorporated areas of Ada County.

It does not affect city ordinances already in place, such as in Boise and Meridian.

Each commissioner voiced their support for the ordinance, arguing it was needed in the community and helped promote the type of values they want to see in Ada County.

“In many ways it’s about the message we send,” Lachiondo said. “Again, I’ve heard from the business community, heard from affected parties – I’m really thinking about those kids and families who want to know they’re accepted and welcomed in this community.”

All those who testified before commissioners Wednesday night were in favor of the ordinance.

One man who spoke said he is gay and he can speak from experience that it can be scary to know people might take action against someone because they disagree with their sexual orientation.

“Non-discrimination ordinances like the one you are considering tonight for Ada County are not only the right thing to do but are necessary,” he said.

Another woman who testified said she supports the ordinance because of her daughter.

“As a parent, all I ever want is to protect my child but my daughter’s lesbian and I can’t protect her by myself.“

A woman who has experience as a camp and church leader spoke in favor of the ordinance because she sees how discrimination affects LGBTQ children.

“At camps, at Sunday school and at youth group meetings, I’ve had many kids share with me the hurt and fear they’ve experienced because they are gay, lesbian, bisexual and transgender.

“By adopting this non-discrimination ordinance, Ada County will be sending a clear message of inclusivity and tolerance to our youth and more,” she continued.

Megan Carter, vice-chair of the Add the Words Idaho, said she’s thrilled to see Ada County get on board and implement its own policy. She hopes by counties and cities in Idaho continuing to take action, it will spur the Idaho Legislature to act.

“We need to have it uniform across the state, we really do,” she said. “If you live in one area, work in another you’re not protected [if you’re traveling]. We need state-based protections for everyone.”

Currently, Idaho is one of 26 states without any statewide protections based on sexual orientation or gender identity.

Ada County’s ordinance lays out for penalties for violations. A first offense is an infraction with a fine of $250. Subsequent offenses within five years of the first violation will be considered misdemeanors, punishable by a possibility of six months in prison or $1,000 fine.

It will go into effect in 30 days.

Twelve other Idaho cities have similar ordinances in place, including Boise and Meridian. Latah County also has an anti-discrimination ordinance in place but it extends only to county employees.