Permit for ACHD's salt and sand shed expires, Garden City looks at what to do next 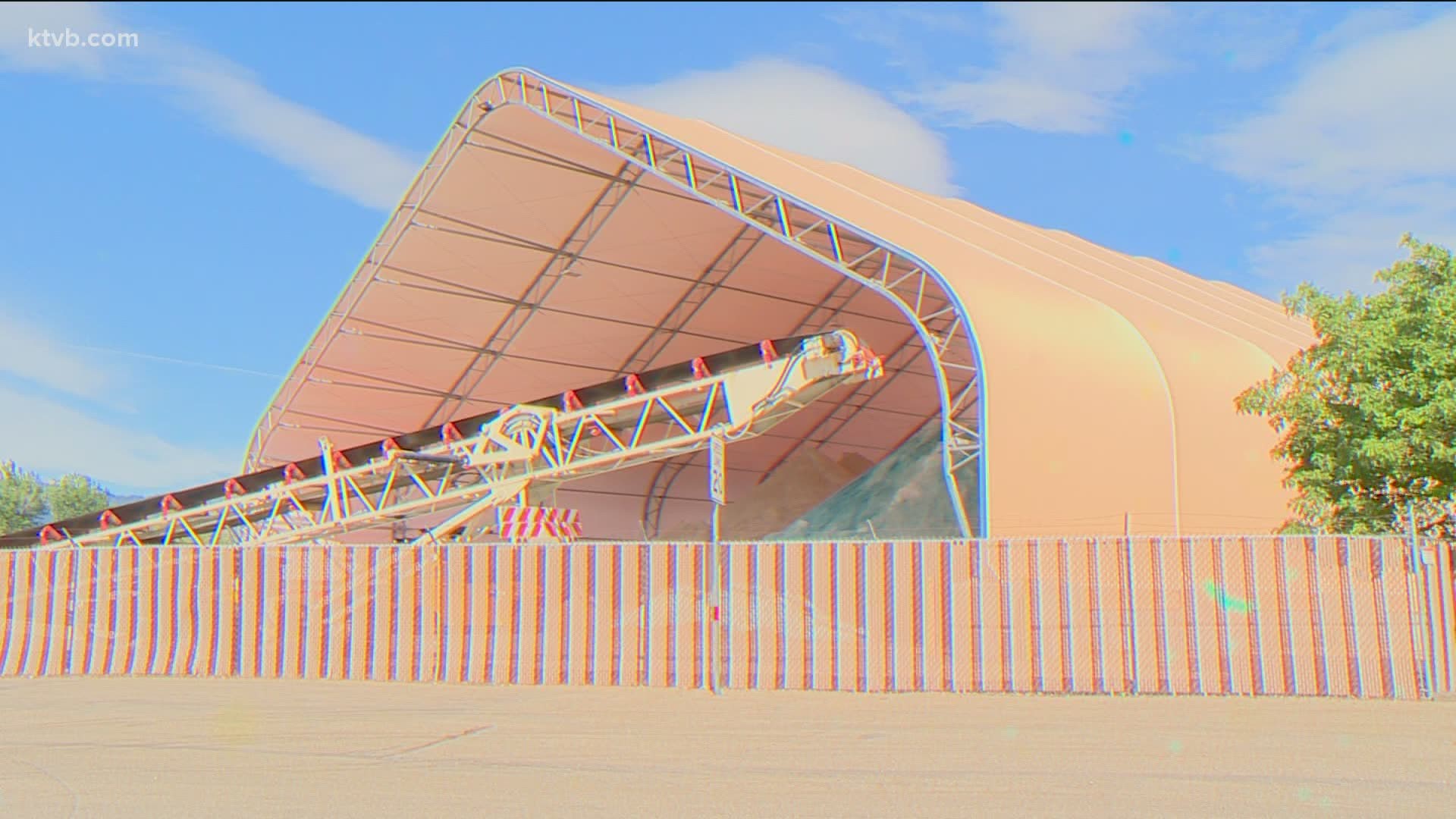 GARDEN CITY, Idaho — As the conditional use permit for Ada County Highway District's (ACHD) sand and salt shed is set to expire Friday, it has the agency and the City of Garden City looking at what to do next.

"The area is changing," said Garden City Mayor John Evans. "When the permit was granted there was an expectation it would only be there three years."

In 2017, ACHD requested approval from Garden City Planning and Zoning to put up the shed covering the pile of salt and sand. Garden City approved the conditional use permit and was under the impression that once the three-year permit was up, the shed would have been moved.

ACHD applied to get a one-year extension on the shed in June 2020. The Garden City city council later denied the request.

The ongoing discussion does not involve the sand or salt, only the shed that covers it.

ACHD is seeking judicial review of the decision, something they say is different than a traditional lawsuit. According to a news release from Friday, "ACHD merely asked the court to determine whether the Garden City City Council had followed Idaho Administrative Law in denying ACHD's extension request."

However, that petition for judicial review is paused until Garden City is able to collect more administrative records to present to a judge.

"They don't want to move, I don't think they think they have to move it," Evans said.

In a letter addressed to the Garden City city council in April, ACHD commission president Kent Goldthorpe writes they have a "constitutional right" to maintain the shed because the salt and sand it covers are "legal non-conforming use." The agency must cover the salt and sand according to the U.S. Environmental Protection Agency.

ACHD director Bruce Wong wrote in a news release from May the agency does plan on moving the entire maintenance yard and the shed but it will probably happen within the next four to seven years.

"We're in a market now that is going wild," Evans said. "There's a lot of development pressure, areas are going to change around the site. We have circumstances that none of us could probably see from 2017."

In the meantime, ACHD is staying hopeful for more patience.

Garden City has a code enforcement protocol in place in case of an expired permit and that use were to continue. Mayor Evans believes the Garden City city attorney will begin that process Monday.