Glass blowing artist Kelly Howard and artist friends used ashes from the Echo Mountain Fire to create pieces of art that will be auctioned off to help victims. 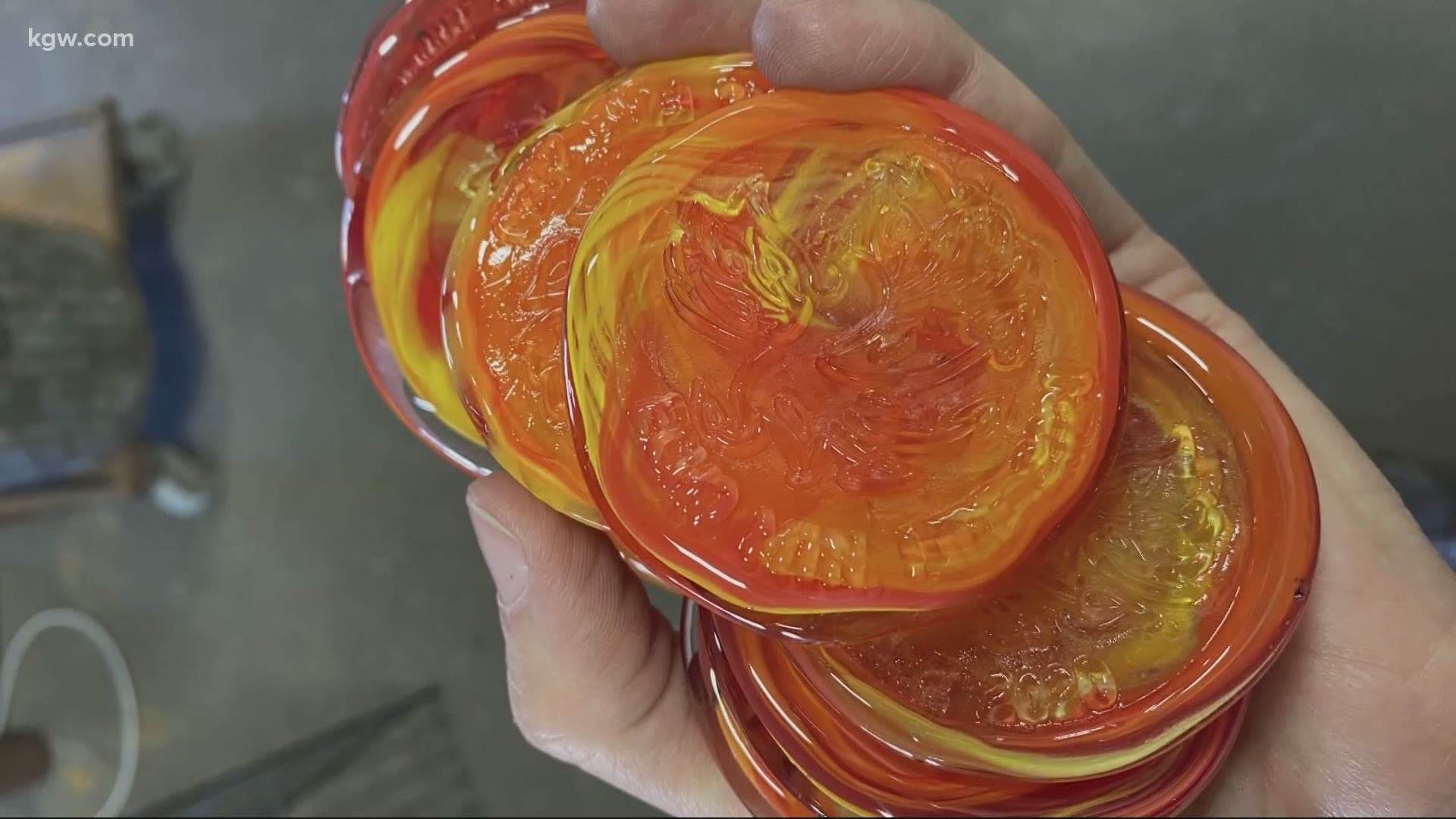 LINCOLN CITY, Ore. — If you had talked to Kelly Howard 20 years ago and told her she'd be supporting her family making art, she wouldn’t have believed you. But, today the glass artist has two galleries in Lincoln City, where they make all sorts of different things like floats and glass-blown vases.

During the pandemic, Howard also started working on memorial pieces containing ashes of loved ones. “There’s just not a lot of things that help with that kind of grief for people" said Howard, "and I feel like making these pieces with the ashes, it somehow someone gives them something to hold on to.”

Last month, the Echo Mountain Fire served as another source of inspiration.

Howard and an artist friend who lost her home decided to repurpose the ashes from the property. Some became a glass blown phoenix.

“The symbolism is the idea of the phoenix rising from the ashes, it’s rising from the destruction.” Some of the ashes were also used to make memorial glass phoenix coins, which are being sold for $25 to benefit fire victims. The phoenix will also be auctioned off to raise money for those recovering and rebuilding.

"Using the ashes in it is I think also symbolic in a way that nothing else can be, it’s actually physically made into something that hopefully inspires hope for people," said Howard.

Ashes once an awful reminder of what was, are now helping a community come back through art. Howard hopes to raise at least $1,000 for fire victims.

The Lincoln City Cultural Center will have an auction for the glass blown phoenix along with other items from local artists in the near future.