A little girl with a big heart spent months collecting money and buying toys for kids who will be spending the holidays at St. Luke's Children's Hospital in Boise. 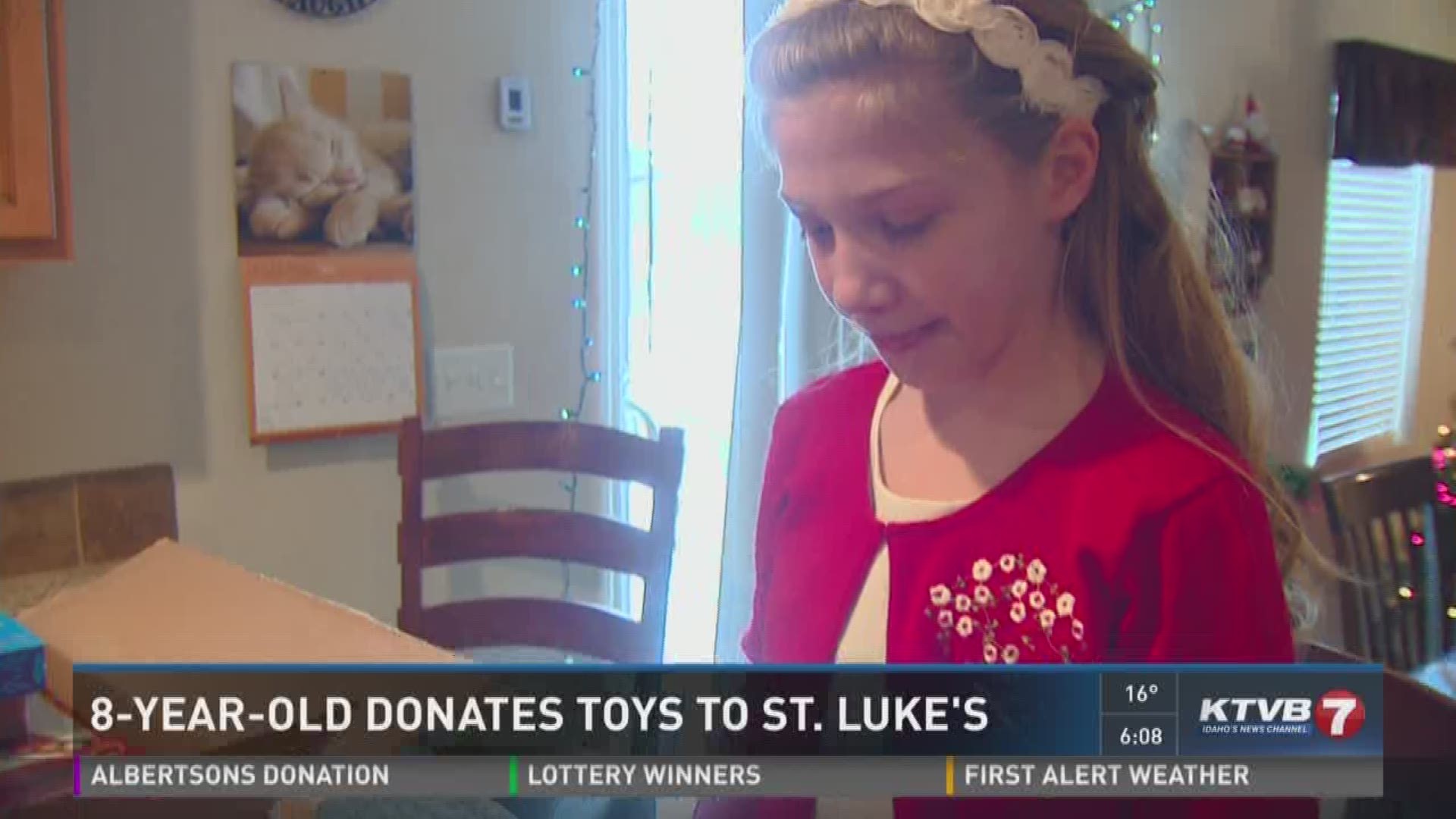 A little girl with a big heart spent months collecting money and buying toys for kids who will be spending the holidays at St. Luke's Children's Hospital in Boise.

Hospital visits are something that Chloe Lesmeister is all too familiar with. She was just one week old when she had her first open heart surgery.

"It was a hard time," said Chloe's mother, Julie Lesmeister. "I don't like to dwell on it because of how hard it was."

She was flown by air ambulance from North Dakota to a hospital in Minneapolis shortly after birth.

"I was terribly afraid that she was going to die down there with nobody with her," said Julie.

But she didn't die. And now her heart, which has been through four open heart surgeries in just eight years, is what Chloe calls her "special heart" and it has given her the desire to help kids in the hospital.

"I want to make the kids really super happy and excited and just not being sick anymore," said Chloe.

Over the last couple of months, boxes of toys from around the country made their way to Chloe's doorstep. Checks also came pouring in, and with a little more than $1,700 Chloe headed to Walmart to hand pick nearly 300 toys.

Chloe&nbsp;Lesmeister hand-picked some 300 toys to donate to kids at St. Luke&#39;s.

Chloe's gifts will join the hundreds of other gifts that have been donated to St. Luke's over the last month. On Thursday and Friday, parents of patients in the pediatric ward will be able to go through all of the toys and pick gifts for their kids.

Julie says she has seen first hand just how important this type of support is, especially during the holiday season. She also says that Chloe is already looking forward to fundraising for next Christmas.