The students' injuries are all minor, according to the school district. 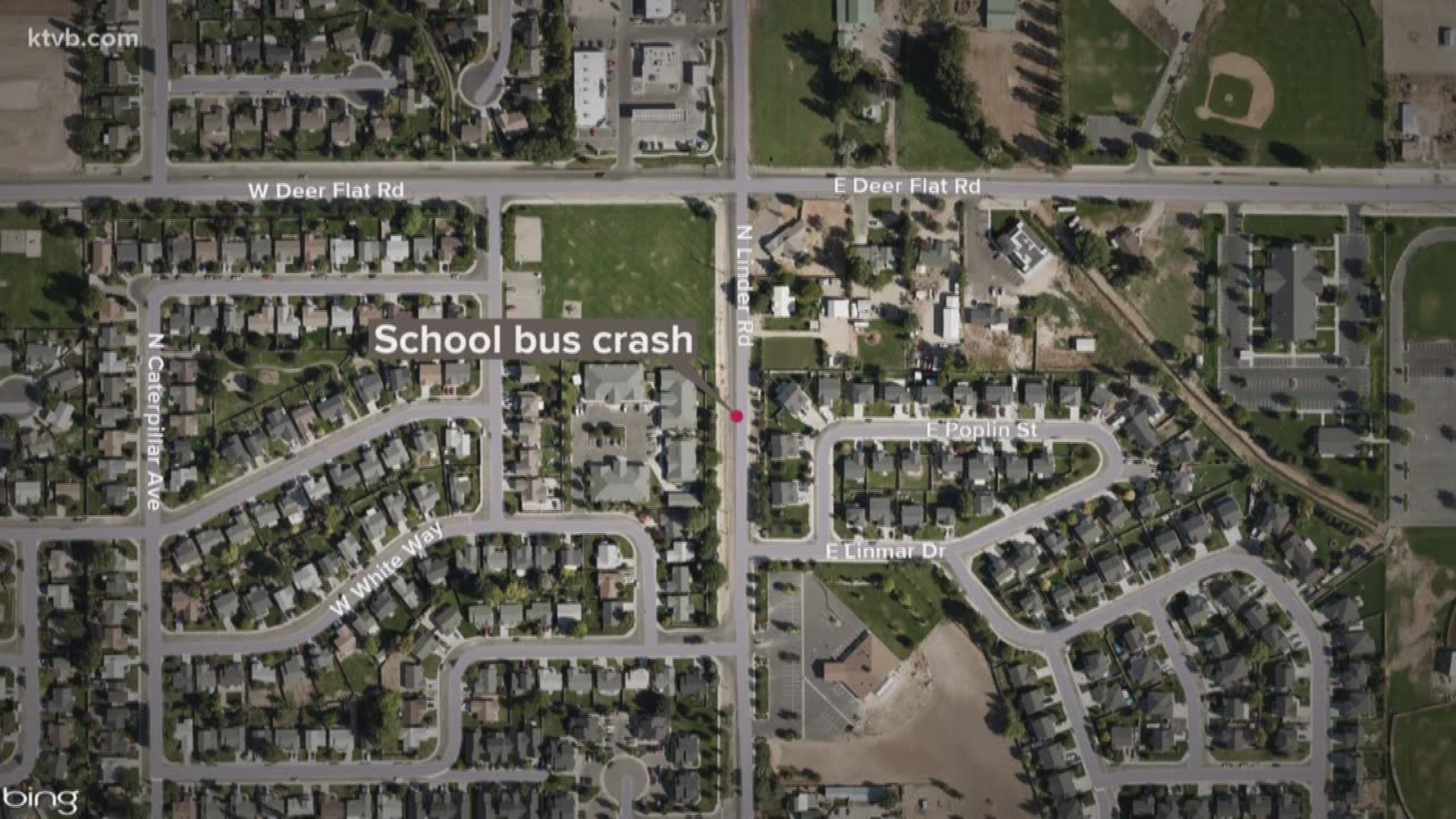 KUNA, Idaho — Six students suffered minor injuries when their school bus was struck by a van in Kuna Monday morning.

The school bus was carrying middle school and high school students when it was hit.

One of the injured students was taken by ambulance to a local hospital; the other five were all picked up by their parents.

The uninjured students were taken to school by another bus.

The Ada County Sheriff's Office says the driver of the van, 36-year-old Franklin Hylton, was cited for failing to yield at a stop sign.

GET BREAKING NEWS ALERTS: How to customize and navigate the new KTVB app