The number of people affected by ALS, also known as Lou Gehrig's Disease, continues to grow in Texas. Last year the Texas chapter of the ALS Association treated close to 1,250 patients. 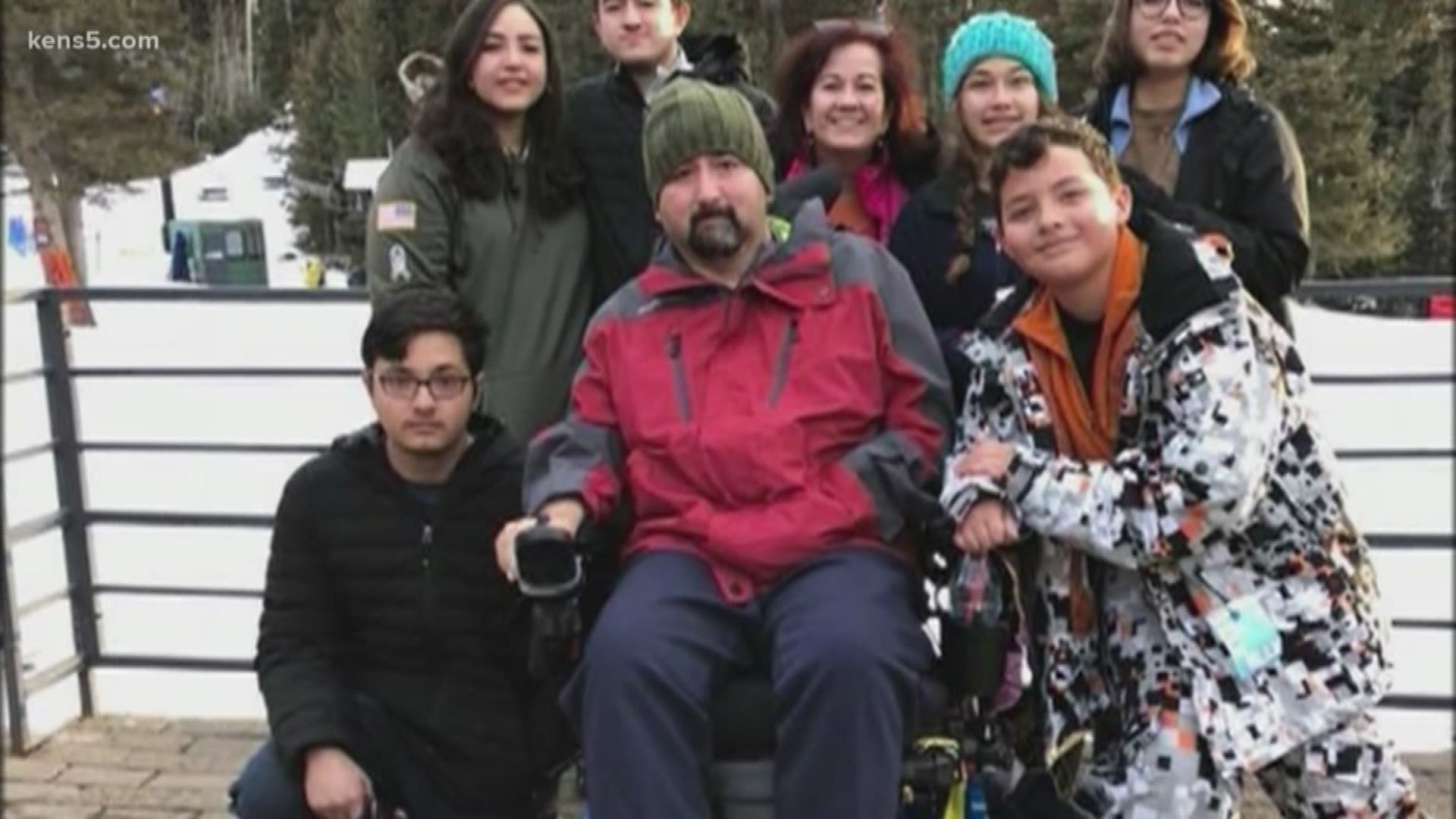 The "Right To Try Act" gives terminally ill patients the right to use experimental medications that haven't yet been approved by the FDA, but have passed phase one trials that determine the drug is safe for humans. This legislation, which is awaiting ultimate approval by President Trump, is giving ALS patients like 51-year-old Juan Reyes a little more hope at a time they need it the most.

"My condition has progressed not as fast as some patients that are also suffering with ALS," Reyes said. We met with Reyes two years ago, about six months after he was diagnosed with ALS in October of 2015. His doctor labeled him as a slow progressor, which is a good thing.

Then came something called pseudobulbar affect. Reyes told us, "It's a condition that affects individuals that have neurological problems affecting the brain." Without medication, it causes uncontrollable outbursts. "It's happened a few times when I do a speaking engagement, or at an emotional situation like a funeral, but for the most part it's here at home in private," Reyes said.

His house is modified to help him get around through ramps at the front door and another leading directly to the bedroom. With the use of his electric wheelchair, he can even open the front door with the push of a button. Anything to make things easier for himself and his family. "I need assistance with almost everything. My daily activities. Bathing, dressing, feeding," said Reyes.

Knowing that those with ALS become prisoners in their own bodies as they lose their ability to control movement, speech, and eventually breathing, with their mental faculties largely untouched, Reyes has an amazing outlook on life. Reyes told us, "All you can do as a patient is maintain a positive attitude, try to stay engaged with your environment, your community, and that's why I choose to speak up and use my voice while I still can."

He has this advice for anyone with a disease that puts a time limit on life. "Enjoy every day," he said.

If you are anyone you know is suffering from ALS in South Texas and is looking for more resources, there are plenty to be found at ALSTexas.org.