Neighbors help Boise veteran clean up after his home was vandalized

Judy Frederick said that despite the incident, "I don't believe that we are as divided as we think we are." 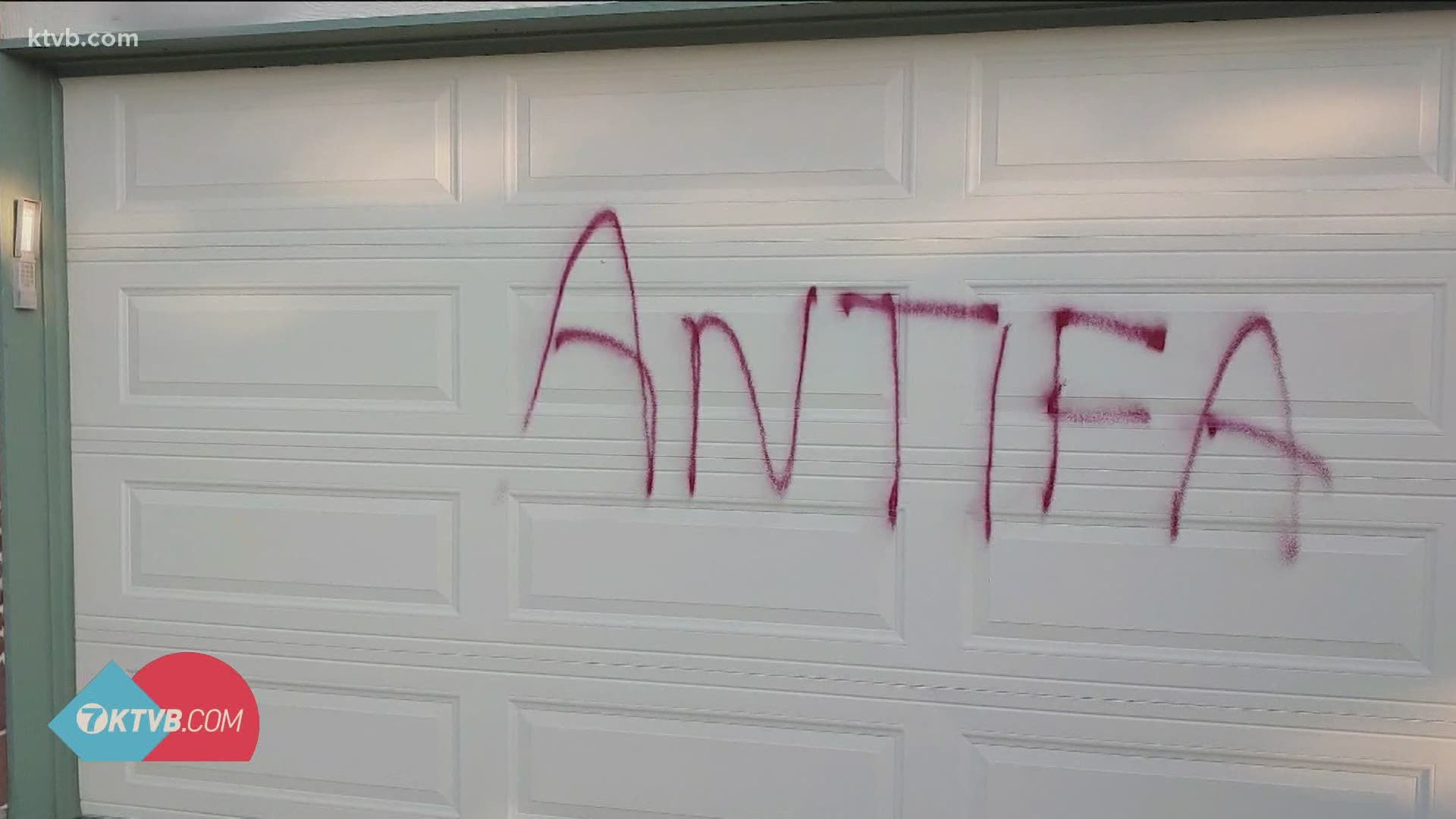 So what happens when we respond to hate with love and compassion? That's what Judy Frederick and her husband, 93-year-old Dr. E. Coston Frederick, a Navy veteran who served in the Pacific during World War II, after someone vandalized their Boise home, spray-painting "Antifia" on their garage door.

"One of the neighbors had come by and I was notified," Judy Frederick said. "And I came out and it's like, 'oh no.'"

ANTIFA is a political protest movement against fascism and other extreme forms of ideology. Federick told KTVB she believes it was done by a neighbor in response to a diversity sign displayed in their front yard.

Rather than responding to the hate with more hate, Frederick said she and her neighbors chose compassion.

"Neighbors came from all over with buckets and pails and they tried to get it off.  And then the young man next door helped me cover it up with paper until we could get someone out," she said.

"I don't believe that we are as divided as we think we are," she added.

At some point, according to Frederick, the entire neighborhood set out to become an "intentional community." They go for walks together, they built a fire pit to share, they eat pizza together on Thursday nights, and they all have each other's phone numbers.

"I know we've got veterans, we've got the right-wingers, left-wingers. We've got the middle of the road and who knows what and it doesn't matter," she said. "None of it matters. It's how we are as individuals and how we take care of one another"

Fredrick said she learned that lesson as she got to know her neighbors. Through those conversations, she was able to find common ground and build relationships with them.

Because, just as Judy's sign said, kindness is everything.

"And that's what we all need to be doing now, particularly at a time when it's so easy to be divided. But it's far more important that we find our common ground and build on that."