On World UFO Day, man says nuclear fallout is why Idaho has so many sightings

In June, the U.S. government released a report on 144 reported UFO sightings. Officials were only able to verify what one of them was but didn't say if it was alien. 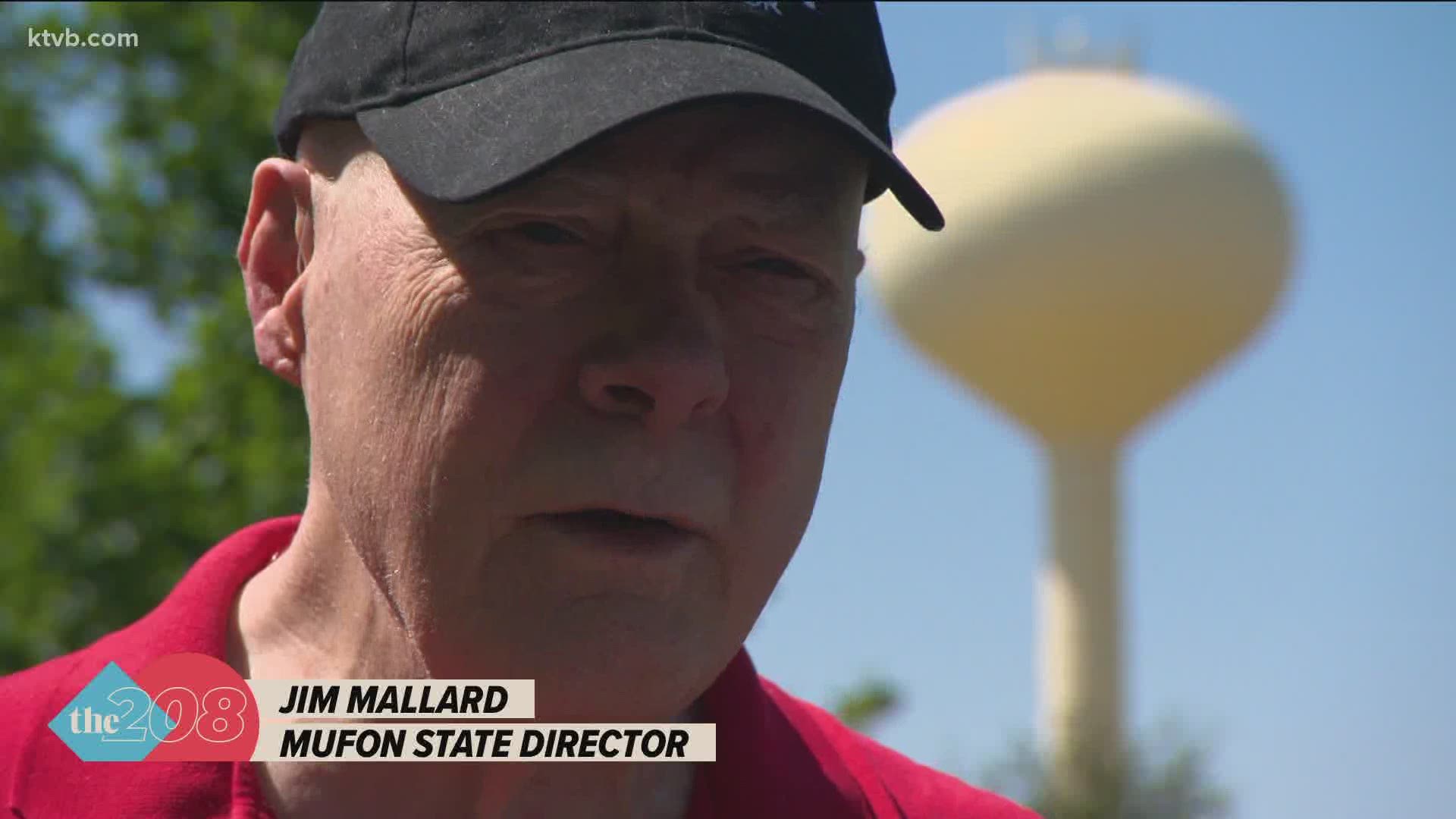 BOISE, Idaho — Only July 2, 1947, a rancher in Roswell, NM found mysterious debris on his ranch. The United States Army first said they recovered a flying disc in an initial press release but soon recanted and said it was a recovered weather balloon.

Eight days before the Roswell incident, Boise pilot Kenneth Arnold reported seeing nine unusual objects flying in the sky when he was flying near Mount Rainer.

Seventy-four years later, the Office of the Director of National Intelligence released a report on 144 sightings of unidentified flying objects. Government officials only identified what one of the sightings actually was, leaving 143 documented sightings of UFOs. However, the report does not mention if any aliens were involved.

In the years since Roswell, Idaho has been a hotbed of UFO sightings, which doesn't surprise Jim Mallard, who treats every day like World UFO Day.

His passion for UFOs started at a young age, saying it "started when I was five years old. I saw a UFO floating slowly over my house in San Diego and it was not balloon-shaped, it was saucer-shaped. It was flat."

Mallard is the state director of Idaho for the Mutual UFO Network, or MUFON, a non-profit organization that claims to be the "world's oldest and largest civilian UFO investigation & research organization."

"We are the only people on the planet that do scientific investigation of UFOs," Mallard said.

Idaho was the top state in the country for UFO sightings per capita in 2019 with nearly 100. In 2020, the number of sightings dropped since so many people were inside due to the COVID-19 pandemic.

Mallard believes Idaho has seen its fair share of UFOs due to the Gem State being downwind of nuclear testing in Nevada. The nuclear fallout and radiation of the blasts left many Idahoans with cancer and other diseases.

"They probably know more about the results of the nuclear tests than the U.S. government does," he said.

The recent government report on UFO sightings tells Mallard "that they're real, that the government knows they're there."

He still hopes that the government can admit that aliens exist and aren't a threat.

In June, there were only four UFO sightings but someone added to the database at UFOstalker.com on Friday morning. Some in Boise claimed that a triangular UFO followed them to the store.