With the official canvass for the 2020 election done, Idaho sets 3 new records for voter turnout 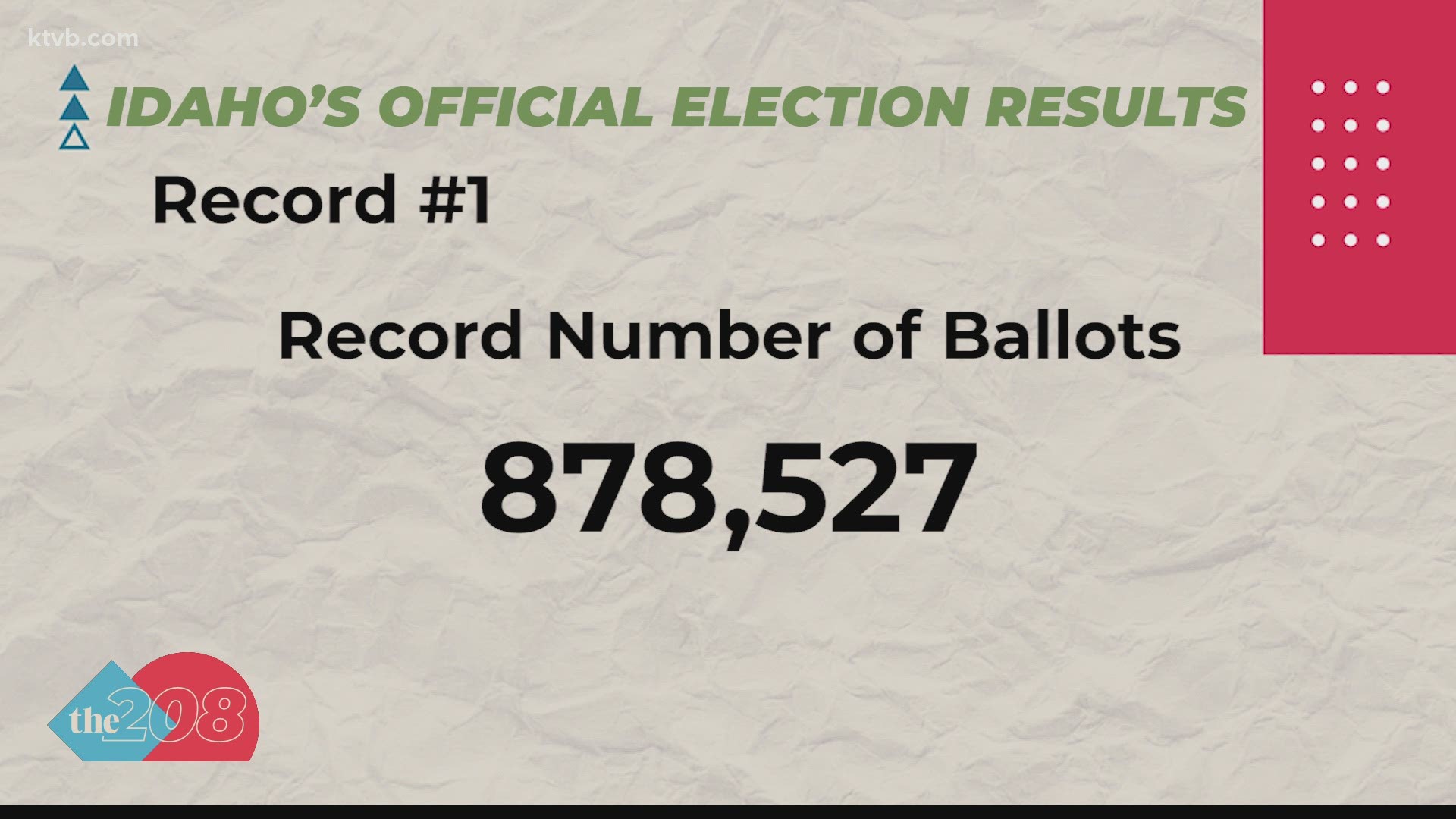 BOISE, Idaho — Editor's Note: This story was originally published by The Idaho Press.

The official canvass for election 2020 in Idaho is complete, with every ballot now accounted for and counted.

In Idaho, voters broke not one record, not two, but three records this election.

This year's turnout of 81.2% is the highest percentage of voter turnout Idaho has seen for any election this century.

Idahoans also set the record for the most absentee ballots cast in an election ever with 493,719.

“State and county election officials and workers are to be commended for their dedication, patience and flexibility in staging a successful general election under the challenging circumstances of a global pandemic,” Idaho Secretary of State Lawerence Denney said in a statement. “Idahoans cast a record number of ballots, a record number of which were early or absentee ballots, and produced the highest percentage voter turnout we have seen for any election this century.”

The state Board of Canvassers includes Denney; state Controller Brandon Woolf; and state Treasurer Julie Ellsworth, who participated in Wednesday’s meeting by phone while the other two attended in person.

The state canvass, conducted after each county has canvassed its results, makes the results of the election official. All told, a record 878,527 Idahoans cast ballots. More than half — 56.2% —were cast early, either through absentee voting or in-person early voting.

Ada County’s final turnout was listed at 81.8% of registered voters; Canyon County’s was 78.5%.

Jason Hancock, deputy secretary of state and elections director, noted that the election set a record for the number of ballots cast and the number of registered voters, and also for percentage turnout since 2000. Since then, the previous high mark was 77.1% in 2008.

According to Idaho Secretary of State’s office records dating back to 1980, the previous record during that period was 80.46% of registered voters in 1992. Idaho’s turnout is much lower when calculated as the percentage of the voting-age population casting ballots. In 1992, that figure was 66.45%; in 2016, 59.07%. Hancock said the office hasn’t calculated that figure this year.

The 2024 presidential election will have some tough numbers to beat, but Idaho only has to wait 1,447 days until then.