Facing budget concerns and restructuring, some fear the United States Postal Service may face issues with a high volume of mail-in ballots 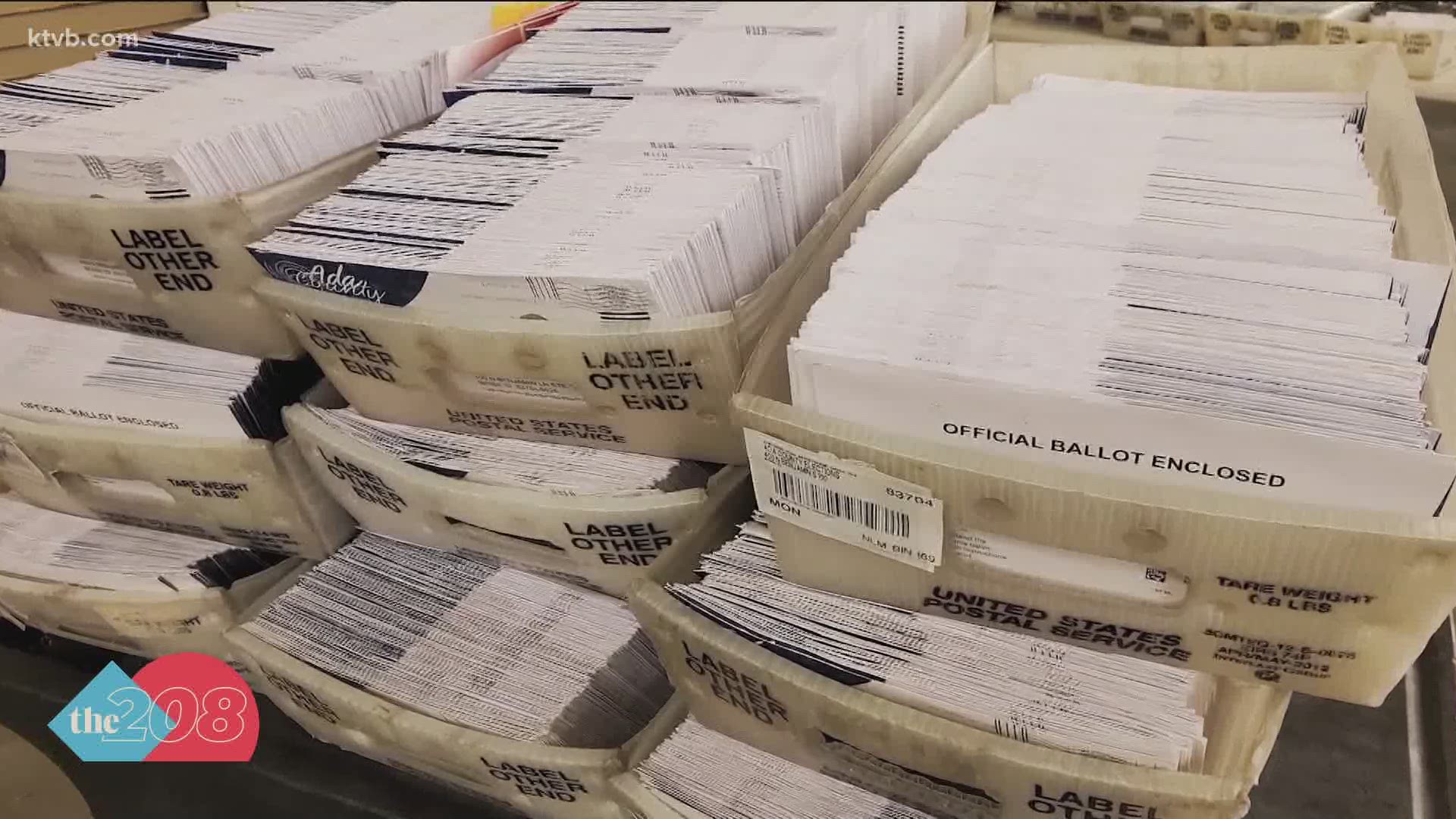 BOISE, Idaho — Despite national concerns about how the United States Postal Service will handle a heavy increase of mail-in ballots for the November presidential election, here in Idaho, things appear to be right on track.

McGrane handles elections for Idaho’s most populated county. He explains that Idaho handles mail-in ballots differently than some other states do.

“The Postmaster General recently actually suggested that the States consider using first-class mail to mail absentee ballots, just to ensure that they go quickly through the process. We’ve always been doing that here in our state, we haven’t been using discounted mail. In-part because we require return service. If a ballot goes out to someone and they are not there, we want to know about it. We want to make sure that ballot gets back to us,” said McGrane.

The United States Postal Service has faced budget shortfalls over the last several years. To help address that, back on August 7, Postmaster General Louis DeJoy announced a restructuring of the Postal Service.

That combined with comments from President Donald Trump admitting that he's blocking Postal Service money to stop mail-in votes has created questions about if the Postal Service will be able to effectively handle the November election.

KTVB reached out to the Postal Service about the November election, in a statement USPS said, in-part:

“To be clear, and despite any assertions to the contrary, we are not slowing down Election Mail or any other mail.  Instead, we continue to employ a robust and proven process to ensure proper handling of all Election Mail consistent with our standards.”

Attention has also been drawn to social media posts showing USPS collection boxes being taken away. Some claim it is being done to prevent mail-in votes.

RELATED: VERIFY: Are USPS mailboxes being removed from Portland streets?

A USPS spokesman told KTVB, collection boxes are removed and placed based on the demand of an area. If a collection box is underutilized, it is subject to removal. Alternatively, areas that see a high level of demand could see additional collection boxes placed.

McGrane said for voters in Ada County worried about finding a USPS box or transit times, his office is working to expand on their ballot drop off boxes.

McGrane said, like the May primary, they are expecting to see a lot of mail-in votes for November but also in-person options likely.

“I anticipate as much as 75% of voters may request an absentee ballot, so that will be the dominant way that people vote. But, there is still that portion that really wants to vote in-person. So, we will have early voting and we will likely have some form of in-person voting. But, there are questions of what that will look like as we still are trying to make decisions and work with the legislature to figure out how that will be best handled,” McGrane said.