Where did 'Hyde Park' in Boise get its name?

Boise's 'Hyde Park' neighborhood is on the National Register of Historic Places in Idaho, but how did the area become known as it is today? 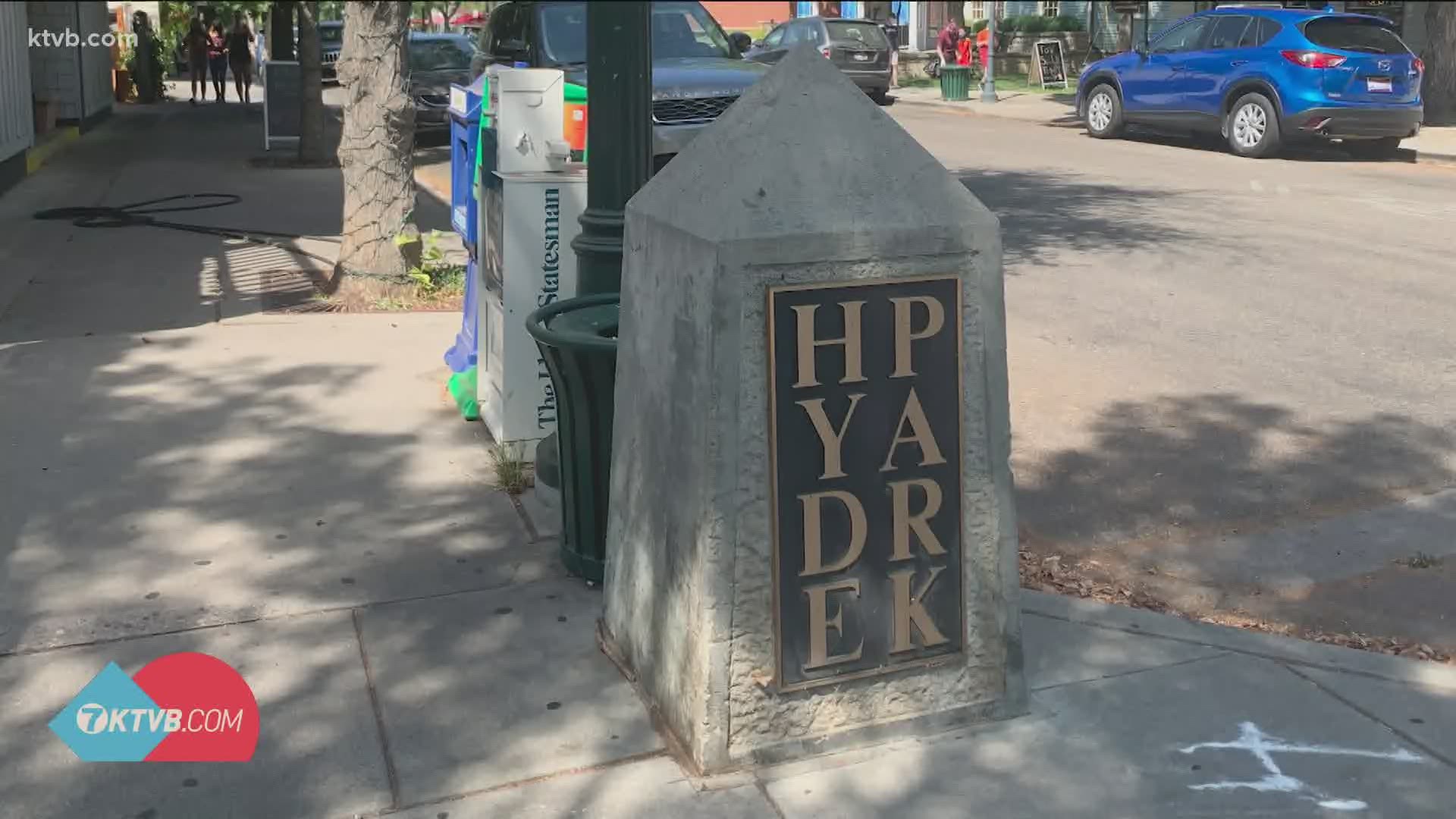 BOISE, Idaho — Established in 1891, Boise's Hyde Park has made quite the impression on the Treasure Valley, landing itself on the National Register of Historic Places in Idaho.

Stretching both sides of North 13th St. between Alturas and Brumback Streets, Hyde Park was the first commercial district outside of downtown Boise.

Now known as Hyde & Seek, located on the corner of 13th and Eastman Streets, was the first building built in Hyde Park followed by the Odd Fellows building.

According to the North End Neighborhood Association (NENA), a man from the East coast named Josiah Eastman developed Hyde Park.

In the early 1890s, Boise grew and developed by what they called "additions". Real estate developers would name and developed new properties before adding them to the city.

NENA believes that Eastman brought the name Hyde Park with him when he migrated from the East.

Hyde Park was a thriving commercial district from the turn of the century, with two barbers, a pharmacy, a meat market, bicycle shops, hotel, shoe shop, bakery, post office, plumber and lumber yard.

The old streetcar service helped connect Hyde Park to downtown, just over a mile away.