What's next after this week's massive Black Lives Matter vigil in Boise?

"After protesting comes action and I hope I start to see that happen," an organizer of Tuesday's event said. 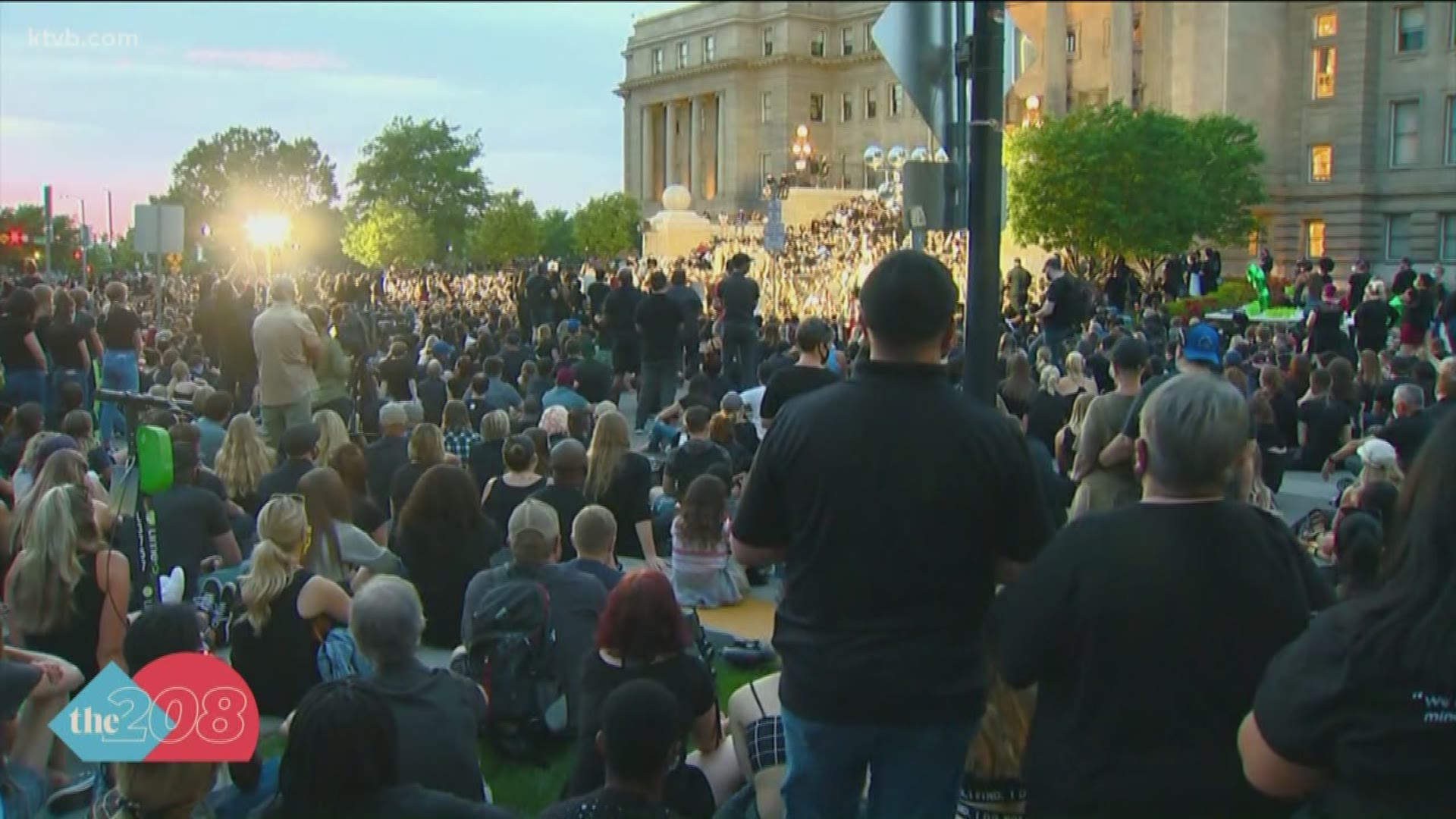 BOISE, Idaho — After one of the biggest turnouts at the Idaho Statehouse in recent memory, organizers of Tuesday night's vigil say they're not planning to organize another big event anytime soon.

Instead, they're focusing their efforts on talking with law enforcement and city leaders, and even working on possible legislation.

"We expected 2,000, maybe 2,500 people. But to get 5,000 people is incredible," said Whitney Mestelle, one of the organizers of Tuesday's vigil. "To us it speaks volumes to Boise and Idaho wanting that kind of an event, wanting a chance and opportunity to come together.

"I, myself, especially wanted to convey a message of gratitude for standing with us, but also to say we really need white allies who are willing to look deep within and make the small and big efforts to impact change in their own lives and in our communities," she added.

Mestelle says the groups gathering overnight to protest are not affiliated with the Black Lives Matter movement.

"I think that those types of groups, and any of the protests that are going on around the country, should really start to think in the coming days, 'okay, what are the tangible actions that we're going to take?'

Wednesday night, anti-police graffiti was found spraypainted on the Statehouse. Some of it read "BLM" or 'Black Lives Matter.' Mestelle says she is worried about onlookers confusing their group with those who are choosing to commit vandalism and other violent acts.

She says Boise, and the rest of the country, still have a long way to go.

"My hope is that this turning point in the country although there has been so much negative press about it, that we really see some positive things and I think we are starting to seem some positive breach the negative for sure  And I think our vigil was one of those things that really cut through the noise," Mestelle said.

RELATED: 'My city standing with me,' Boise man proud to take part in peaceful vigil