Has Idaho done enough? What are you willing to do to effect social change?

A Boise city councilwoman and the organizer of a massive vigil at the Idaho Statehouse both say it's not enough to just protest - you must be prepared to do more. 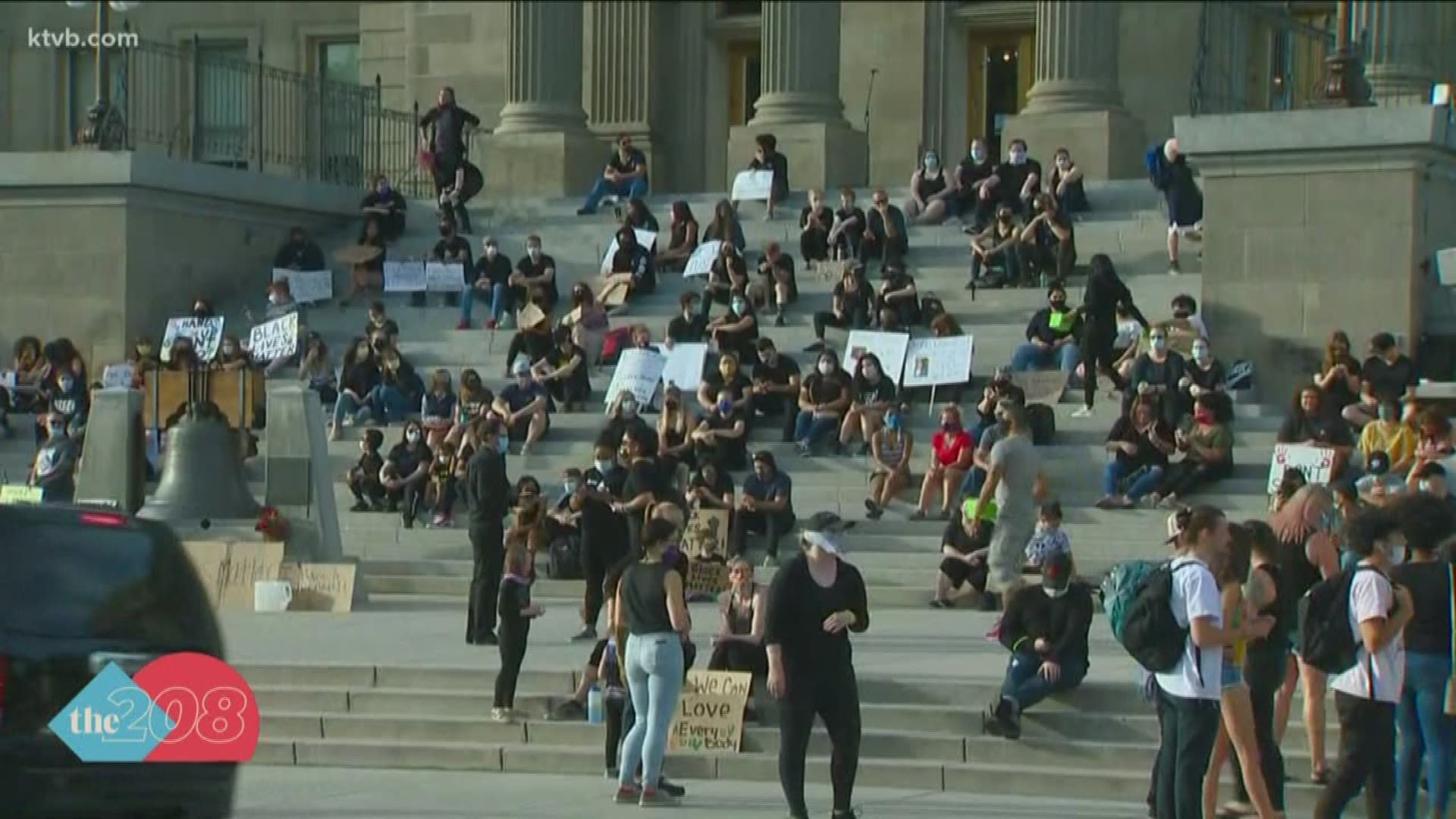 BOISE, Idaho — Thousands of people attended a vigil at the Idaho Statehouse Tuesday night, honoring the lives of black Americans killed unjustly at the hands of police.

The event was praised by Boise police for being "well-organized by all involved and was impactful to those in attendance."

"It was a shining example to the rest of our country of how we can come together, support each other through difficult times, and commit to working together to improve things in the future," acting police chief Ron Winegar said in a Facebook post.

We spoke with one of the organizers of the event about what they hoped to accomplish with the event.

"We hope that our white allies leave with a greater sense of duty to their brown brothers and sisters and we hope that people of color like myself feel heard, feel listened to," Whitney Mestelle said. "I'm really looking for unity in our community and a way for all people of all colors to come together and mourn together and leave together wanting to join and bridge some gaps."

Mestelle's words echo what Boise City Councilwoman Lisa Sanchez said earlier this week on The 208 - that it's not enough to participate in a vigil or protest and call it good.

Are you willing to stand up every day for change, even when there's not a protest?

Since George Floyd's death on Memorial Day, Idaho Gov. Brad Little has tweeted once and released one statement about his death and its aftermath.

The lawmakers called the school's effort to create inclusivity, diversity and equality 'disconcerting.'

That is in addition to Idaho lawmakers denying the 'Add the Words' group petition to update the state's Human Rights Act, to ensure that it will protect all Idahoans, including gay and transgender Idahoans.

The group has tried 14 times, and every single year, legislators have said no.

And just this spring, Idaho lawmakers passed House Bill 500, the 'Fairness in Women's Sports' act, which bans transgender student-athletes from competing in sports consistent with their gender identity.

Both are viewed as the nation's most sweeping anti-transgender legislation.

After signing both bills into law, Gov. Little said he thinks "Idaho is a welcoming state to everyone," and that "people shouldn't be discriminated against for whatever they do."

Earlier this week, Boise City Councilwoman Lisa Sanchez told The 208 that "to really effect change, we should all ask ourselves, what are we willing to commit to?" adding that social justice doesn't need to be a trend, it needs to be a commitment.

So will Idaho's leadership, including Gov, Little, Idaho lawmakers, and city leaders, commit to taking action?

Will all Idahoans commit to taking action?

After all, actions speak louder than words.