In a statement, the West Ada Education Association called the lawsuit a "sideshow" and a "political and publicity stunt." 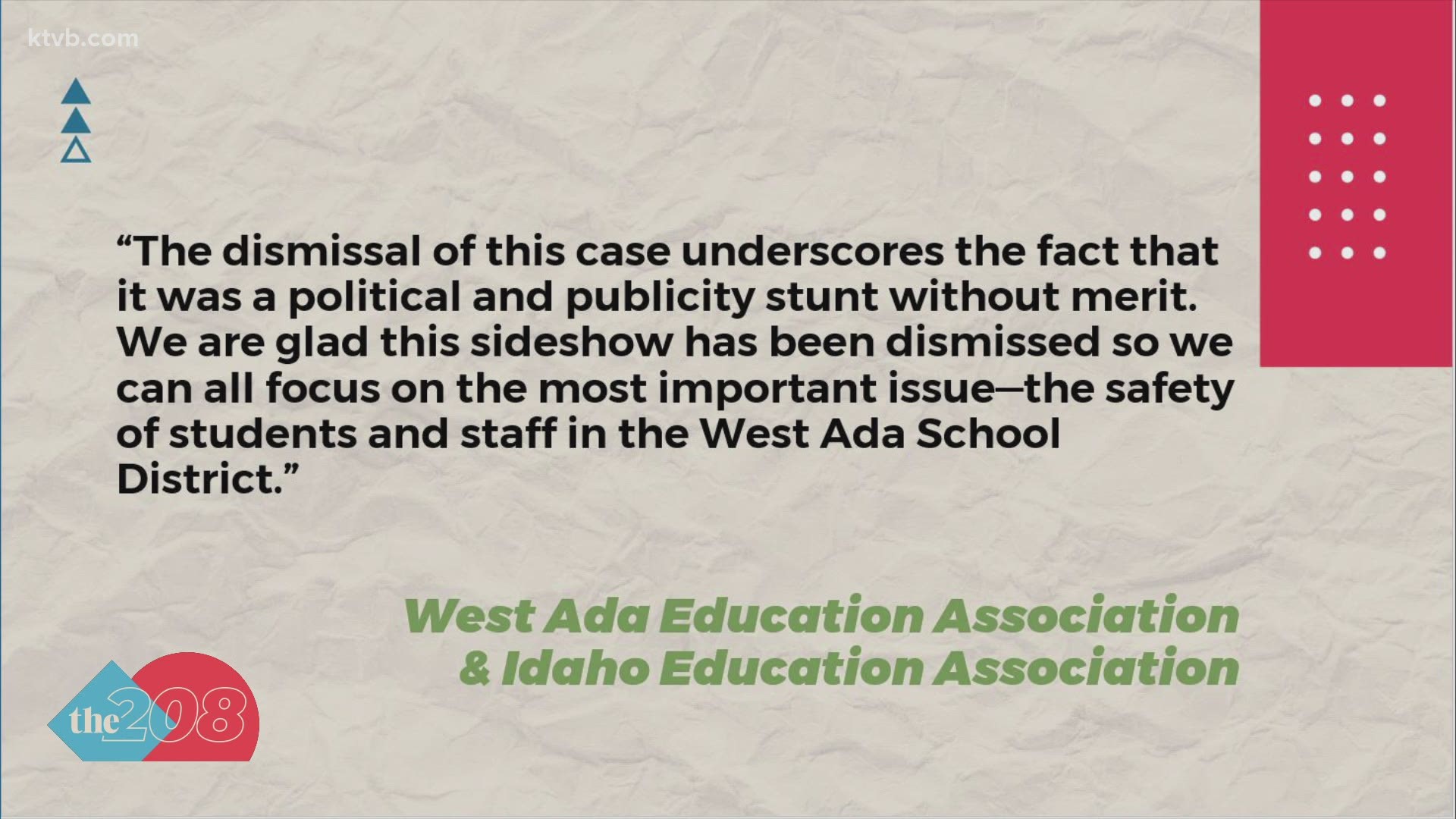 MERIDIAN, Idaho — A judge has thrown out a lawsuit filed by a group of parents over West Ada School District teachers calling out sick en masse earlier this fall.

The organized "sick-out" in October came after teachers expressed concerns over the school district's handling of the coronavirus pandemic and the decision to return students to the classroom in spite of what some staff members felt were lax protocol in place to prevent the virus' spread.

Hundreds of teachers called in sick, forcing the cancellation of classes. The sick-out ended and teachers returned to work after two days.

But a group of parents in the district, backed by the Idaho Freedom Foundation, filed a lawsuit, claiming the teachers' actions amounted to an illegal strike.

Daniel Suhr Sr., the parents' attorney, argued that because educators are "essential workers," the sick-out was illegal, and a judge should rule to block similar protests in the future.

Scroll down to read the entire statement.

The dismissal of this case underscores the fact that it was a political and publicity stunt without merit. We are glad this sideshow has been dismissed so we can all focus on the most important issue—the safety of students and staff in the West Ada School District.

The Idaho Freedom Foundation manufactured this legal complaint for one purpose only; raising money to fuel their anti-public school agenda. When the Idaho legislature comes together in 2021 do not be surprised when the Idaho Freedom Foundation renews their tired and empty call to defund public education and erode trust in our schools. Educators are the bedrock of our communities in Idaho and deserve to be treated with respect rather than contempt. It is the responsibility of school districts to provide safe working environments and attempts to attach blame to educators regarding unsafe working conditions are misplaced.