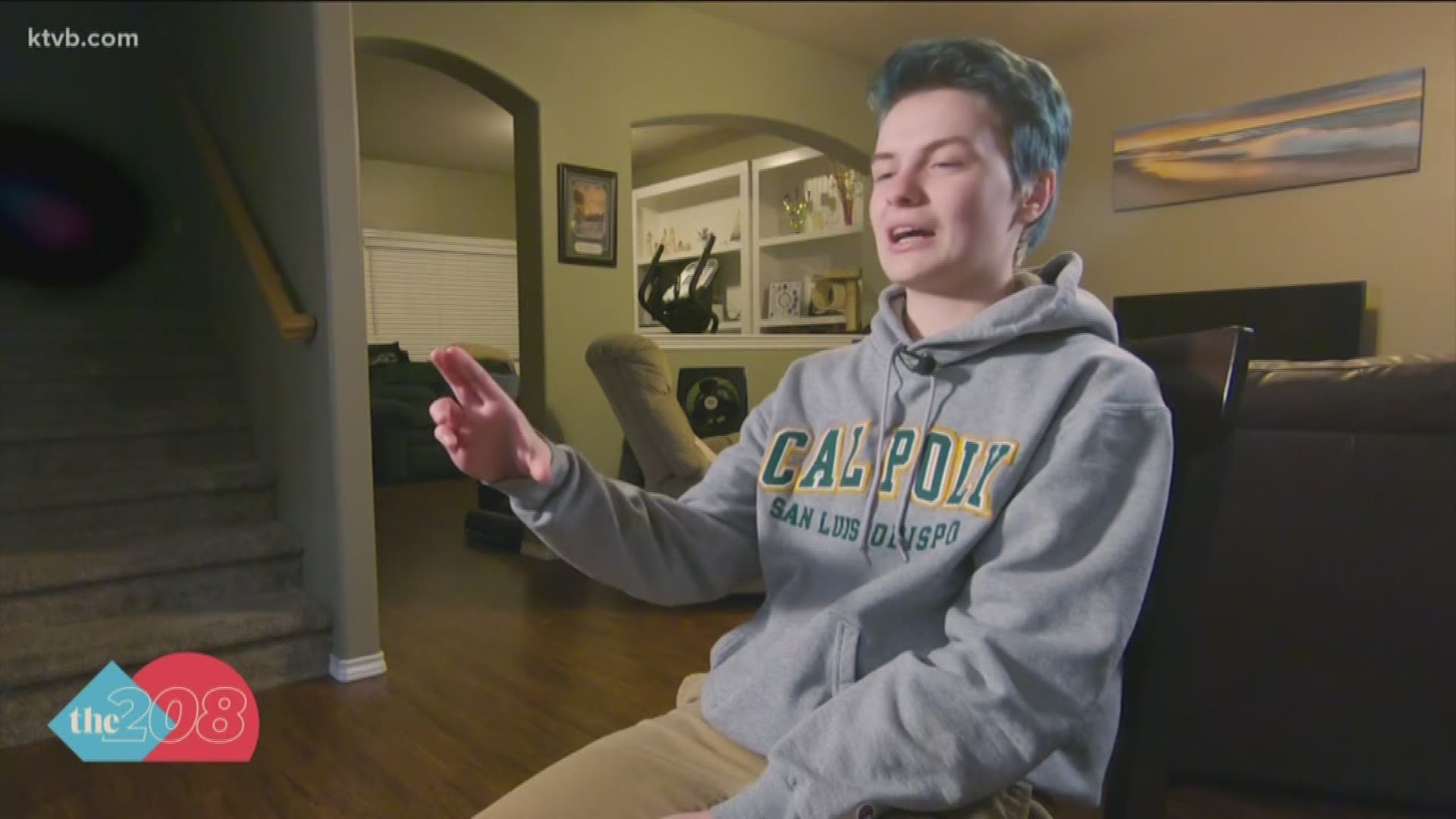 BOISE, Idaho — Up until about two years ago, 16-year-old Jasper Ryan was known as 'Shayna.'

As a little girl, Shayna was raised in a very conservative and religious home.

"Jasper was always a daddy's girl. She wanted to do everything daddy did," Jasper's mom, Anita Ryan, said.

But around puberty, something changed.

"I think the realization didn't come until middle school," Jasper said. "But I definitely started like having those thoughts a lot earlier on but there was no way for me to put words to it, I was just kind of like, 'I think every girl secretly wants to be a boy,' you know, I kind of normalized it for myself and moved on."

At 13-years-old, Jasper decided suicide was a better option than admitting he was transgender.

"I think for me the biggest realization, I quite literally made a checklist of what I thought made someone a boy, like every single possible step, and it wasn't until I checked off every single thing on there that," Jasper said.

"The scariest part too was not knowing if he was going to be ok mentally," Anita Ryan said. "I didn't know he was in that deep of a place where he would think about taking his own life and as a mom, we started having really deep conversations."

Those conversations finally led to a family meeting a few years later.

"I just broke down crying," Jasper said. "Telling them like I had all my bags packed upstairs ready for them to tell me I needed to get out of the house cause that's' just how afraid I was."

"To me as a parent, I can't even imagine doing that to your child, to kick them out to shut them out of your life because of a lifestyle change," Anita Ryan said. "It's not hurting me, he is not hurting anybody. He is an amazing kid."

These days, Jasper is working on getting his drivers permit.

At the same time, lawmakers are debating a bill by Representative Julianne Young that would make it illegal for anyone to change the gender on their birth certificates after the first year, something Jasper needs to get his driver's license.

"If my birth certificate says female on it or my driver's license says female on it and I've been on testosterone for five years and I have a full beard that's going to be impacting different scenarios of my day to day life," Jasper said.

Lawmakers are also debating a third bill regarding the treatment of transgender people, one that would ban transgender athletes from playing on women's sports teams.

Anita says before this, she would have been supporting these bills.

As for Jasper, he wants lawmakers to understand that transgender people are still people.

"I think that's the biggest misconception, people not understanding that I'm a person," he said. "I think they don't understand what it's like and I don't think they've really been close with someone who is transgender and really had to relate to them and understand what they're going through. I think if they did understand that, then this bill wouldn't exist. It wouldn't be currently trying to be passed because they would understand what a huge part of our identity it is."

Jasper, who started a chapter of the Gay-Straight Alliance at his high school, says he isn't a candidate for surgery or even hormone treatment right now, a decision he and his mom say is a family decision.