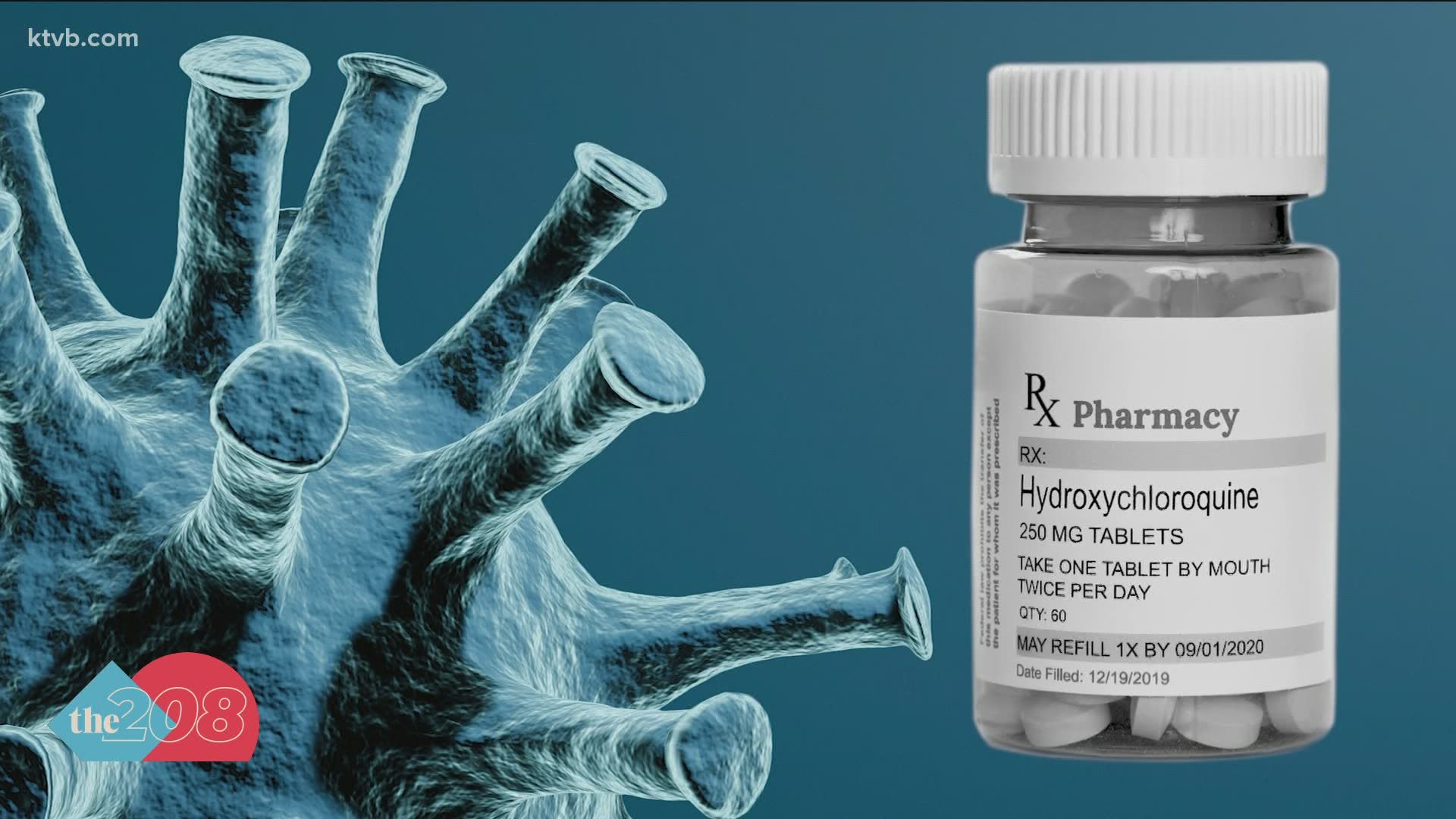 BOISE, Idaho — Southwest District Health's board meeting this week offered no decisions or mandates for the cities the group oversees.

During that three-hour meeting on Tuesday, however, Adams County Commissioner Viki Purdy discussed hydroxychloroquine (HCQ), a medicine commonly used to treat malaria, with other board members.

Purdy said there is a "tsunami" of studies showing the effectiveness of the drug. She believes SWDH should further research the drug and use it as a treatment of COVID-19.

KTVB spoke with Purdy about the research she previously mentioned. She sent an email containing a link to a website that has since been removed. Purdy explained there are thousands of doctors all over the country that could give more information about the drug than her.

One of those doctors is Dr. Sky Blue, an infectious disease specialist at several hospitals in the Treasure Valley.

When COVID-19 was new in Idaho, treatment protocols called for healthcare workers to treat patients with HCQ to see if there was any effect. However, later retrospective reports suggested the drug may be harmful when given to a wide group of people, according to Blue.

"At that stage in my mind, this shifted the burden of proof," Blue said. "We don't want to do harm. The FDA says (HCQ) is not meeting the standards, and so at this stage, that's kind of where we're at."

Since the initial trial, there have been smaller studies conducted on HCQ and its effectiveness in treating COVID-19. While some of these have shown positive results, Blue said those studies contained biases, like the use of zinc.

Currently, St. Luke's is not using HCQ as treatment and does not recommend the use of the drug to others.

"Our protocols at St. Luke's say we recommend against using it because the data is not conclusive of benefit over harm," Blue said. "We don't say you can't use it, we just say it is not recommended from our review."

Before Purdy suggested using HCQ as a treatment, there were several conspiracies circulating that money may be involved in the prevention of using it. This idea is not true, according to Blue.

"I'd like to look at anything that seems to help, but when we start to have things that say it doesn't help and may cause harm, I'm looking for something else," Blue said. "If there was a big pharma that was behind trying to keep us from using HCQ, I'm not sure why they wouldn't be squelching mask use at the same time."