They 'sang in Mexican': Brian Holmes reacts to viewer's voicemail about the Super Bowl halftime show

"They put up a Latin flag or some other country and sang in Mexican," the viewer said about seeing J Lo wave a Puerto Rican flag during the Super Bowl halftime show. 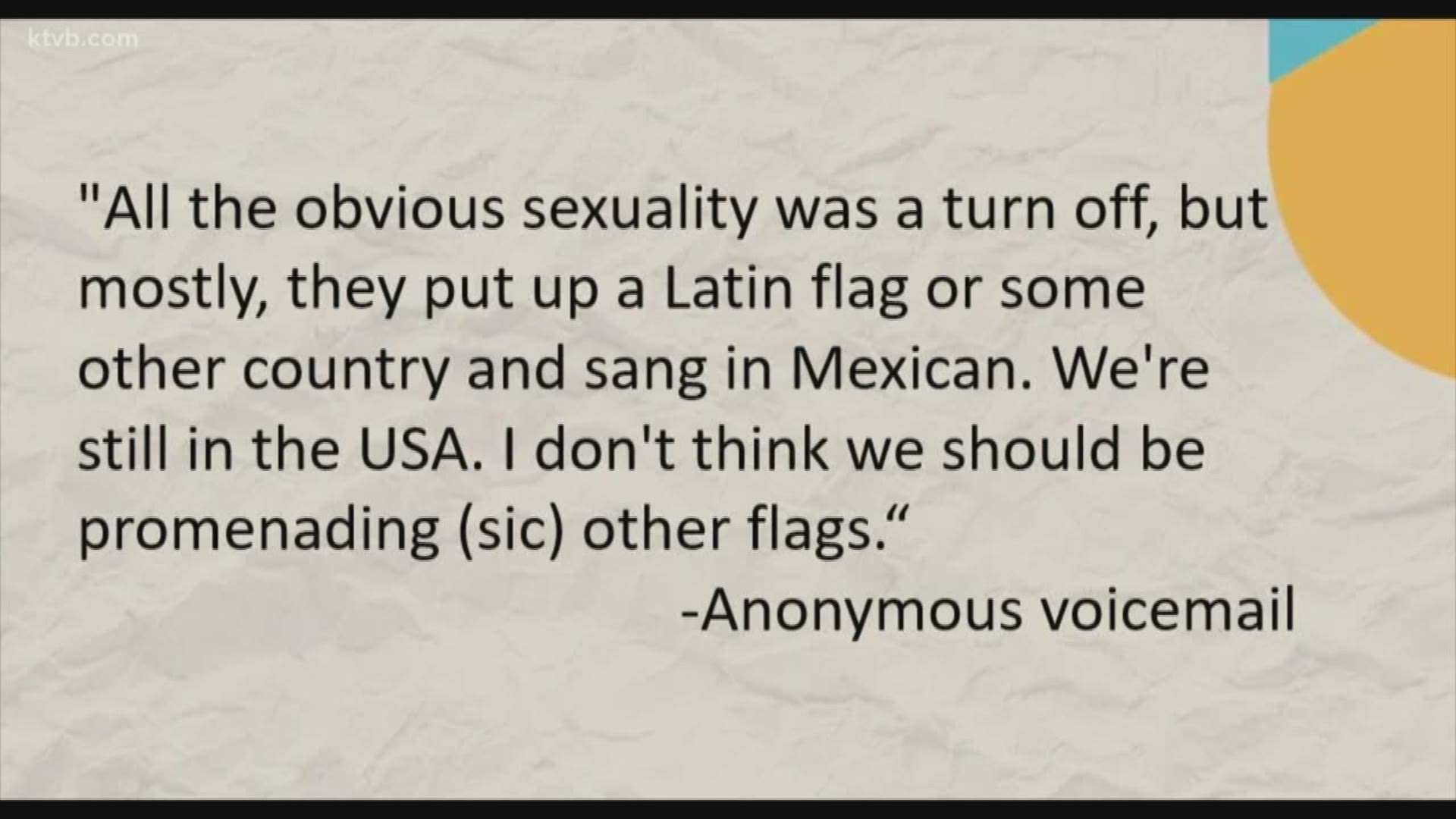 BOISE, Idaho — In case you missed it, Jennifer Lopez raised the Puerto Rican flag during her and Shakira's Super Bowl halftime performance.

A KTVB viewer responded to our calls for comments on that halftime show and one stood out in particular, but the caller did not leave her name.

"All the obvious sexuality was a turn-off, but mostly, they put up a Latin flag or some other country and sang in Mexican, uhhh, we're still in the U.S.A. I don't think we should be promenading (sic) other flags."

"We get lots of calls here at the station and this isn't meant to shame anyone or call anyone out specifically," Holmes stated during Tuesday's episode of The 208.

In case anyone needed a reminder, the flag J Lo waved during her performance and the territory it represents is not 'Latin,' it's not 'Mexican,' it's not 'Spanish.' It's part of the United States.

"Most of us come from different parts of the country, like Puerto Rico," Holmes continued. "Just because their flag is different doesn't mean they're not American."

The island became a U.S. Commonwealth Territory in 1898.

American troops fighting in the Spanish-American War raised the American flag in Puerto Rico and officially took control of the former Spanish colony.

In 1917, Puerto Ricans officially gained U.S. citizenship, they are not 'Mexican' or foreign - they are Americans. Some notable Puerto Ricans include Jennifer Lopez, whose parents are from there, Joaquin Phoenix, who is winning multiple prestigious awards for his performance in "The Joker," and former Idaho Congressman Raul Labrador was born in Puerto Rico.

RELATED: 'Joker' became the most successful R-rated movie ever

RELATED: Dozens of classic cars line the banks of the Boise River in Eagle, but why?

RELATED: What's up with the College of Western Idaho's vacant property in Boise?

RELATED: The internet has some strong opinions on KTVB's Brian Holmes not wearing a tie