Video captured by an attendee shows roman candles being shot at the cattle and fireworks bouncing off of the cows' heads. 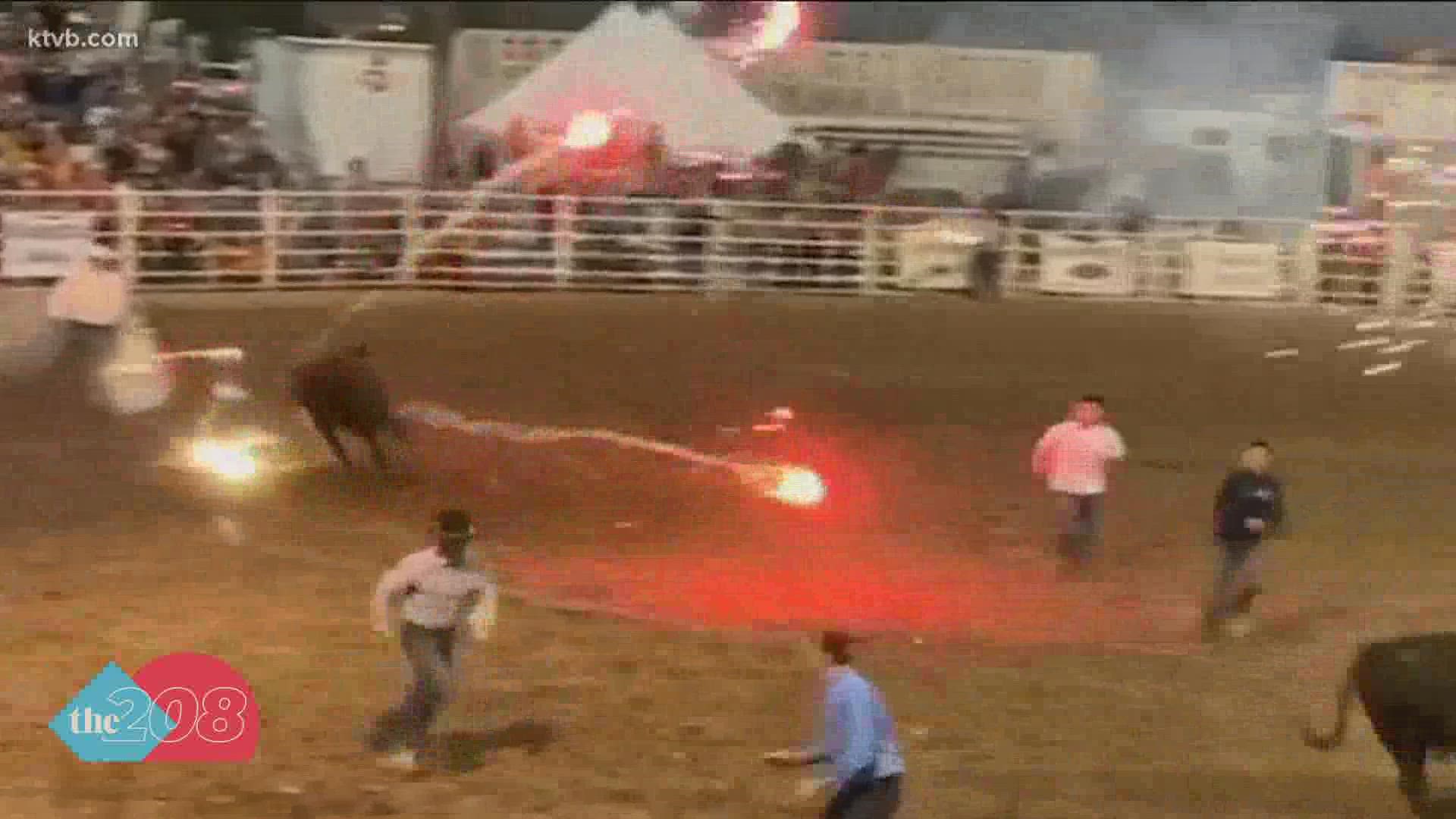 OAKLEY, Idaho — The Pioneer Days celebration in Oakley, Idaho dates back more than 130 years. One of the main attractions is the rodeo, but new, disturbing video shows fireworks being shot at cattle.

Oakley is a small farming community in Cassia County, about 20 miles from the Idaho-Utah border.

During the rodeo, the last event is wild cow riding, where teams of three have to hold, saddle and ride a cow. The mad-cappery is capped off with a fireworks show. However, video shows those fireworks are doing double duty over last weekend,

According to board member Cache Taylor, it's been a tradition to shoot fireworks into the air from outside the arena.

"They had just shot off a few roman candles just up in the air outside the arena and just kept them up in the air," Taylor said, "but last couple of years we've had some problems with people, they want to get involved, so they want to bring their own fireworks and stuff like that and think that they can come in and join in the fun. They're not part of the group that puts on the rodeo, and that's what we had happen this year a little bit, which we had some people wanted to come in and thought it would be funny or good to shoot these fireworks at the animals ."

Video captured by an attendee shows one of the roman candles bouncing off of the cows' heads.

According to Gene Betts, the director of operations for Caldwell Night Rodeo, stunts like this would never fly in Professional Rodeo Cowboys Association sanctioned events.

Betts, who has been with the rodeo for 37 years, said the stunt borders on animal cruelty.

"There's no reason why you would need to scare these animals and you look at that, you got people out there in the arena too [with] those fireworks. You don't care about the contestants or the animals? I don't know, the whole thing just bothered me," he told The 208. "You'd never see that fireworks thing on a ranch."

After what happened on Saturday night, Taylor agrees.

"You know, after the rodeo got over it's something that we addressed immediately and then talked to those individuals that were not part of the board that were involved in that and told them that that was unacceptable," he said.

The board for Pioneer Day's rodeo met on Wednesday night and will meet next week to discuss the incident. Taylor said the board considers this a serious matter and plan to treat it like something they cannot allow to happen anymore, for the safety of the animals, the contestants, and the spectators.

Betts said organizers need to figure it out sooner rather than later because he sees it as a disaster waiting to happen.