The Gem State is regularly touted as one of the fastest-growing states and the Census proved that but found a neighboring state grew faster. 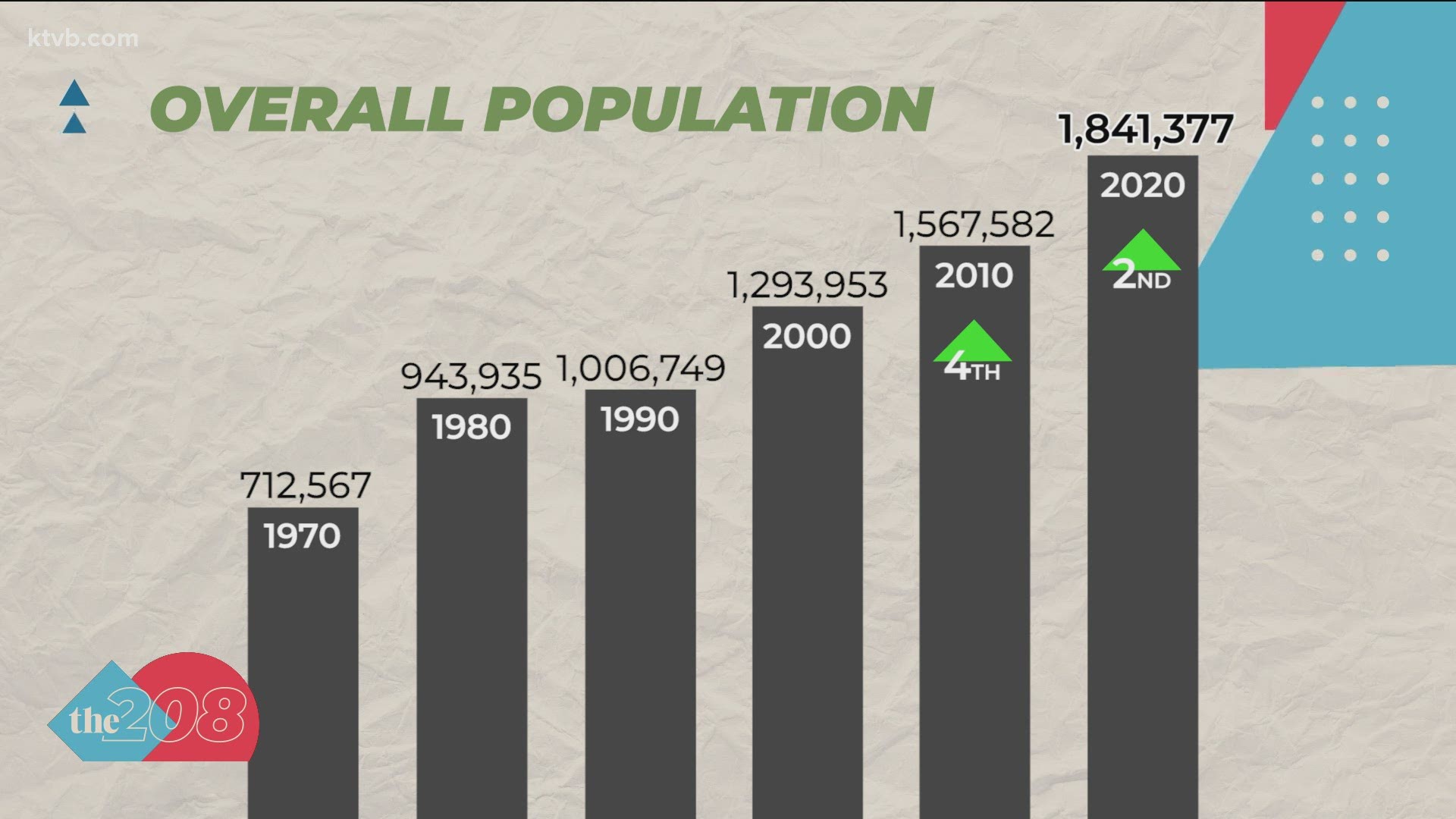 BOISE, Idaho — One of the traditions from the Constitution, the U.S. Census, faced a unique challenge in 2020's count of America's population. However, neither the coronavirus pandemic nor the process itself becoming a political flashpoint could stop the once-a-decade tradition.

The numbers from the Census are being released, albeit a few months late, and the Gem State's latest official population count was announced.

In 2020, Idaho was the second-fastest growing state in the union, the Census found, behind Utah.

While the Gem State's population boomed over the last decade, it wasn't enough to receive more representation in Congress.

For at least the next ten years, Idaho's delegation will still be comprised of two senators and two representatives.

The Census will release more detailed results, including data on city and county levels and demographics, later this year. That data will be used during the redistricting process and when the federal government distributes funds for Medicare, Medicaid, education and other public services.