University of Idaho marching band plays on amid coronavirus pandemic

For the last 100 years, the Vandal Marching Band has played through rain, shine, and now, a pandemic. 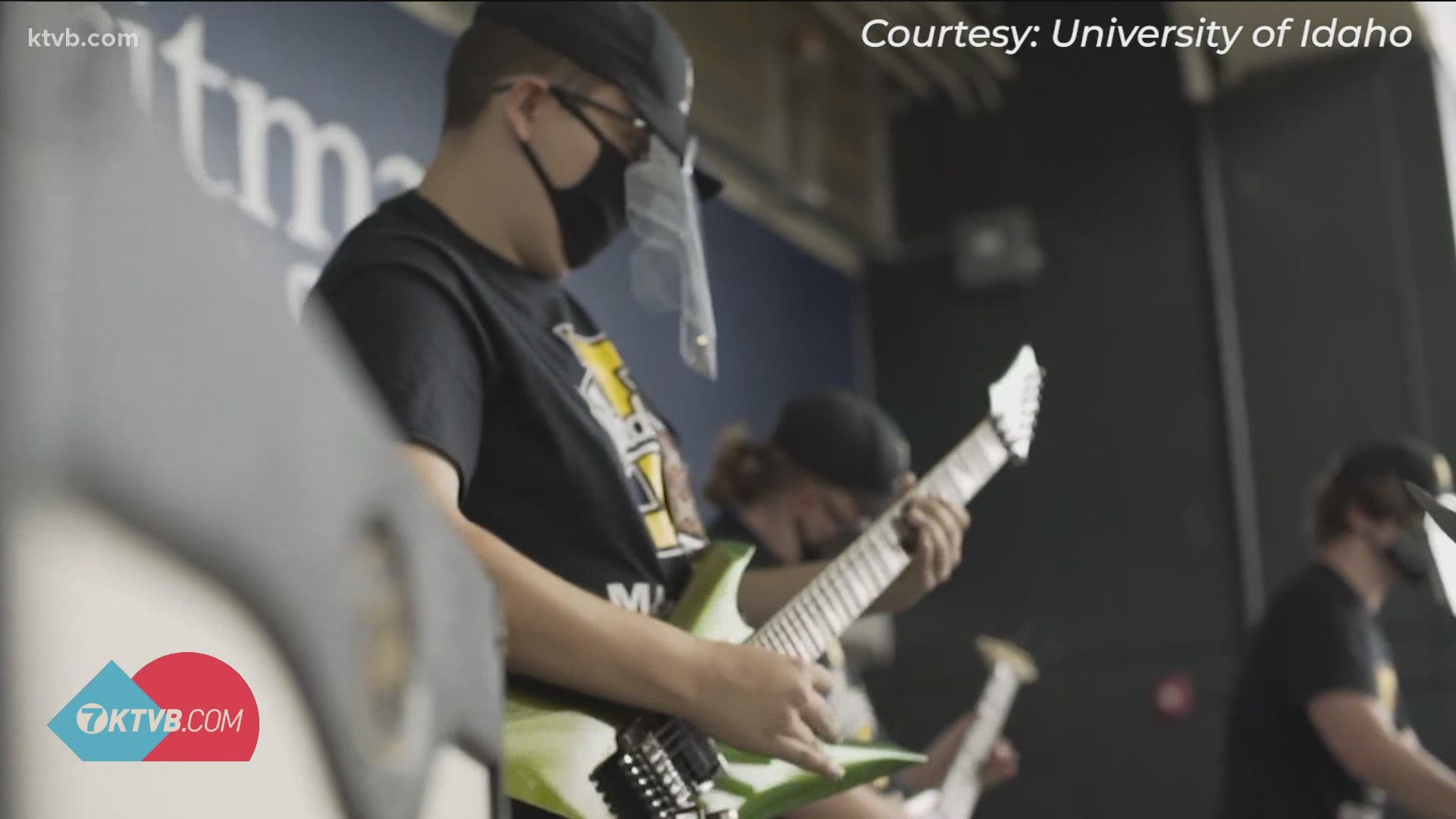 This year, the University of Idaho's Vandal Marching Band is mixing up a big batch of musical "lemonade."

With no football in the university's Kibbe Dome this year, band members decided to adapt to the situation and make the most of their talents.

"Why not?  Why can't you have a heavy metal rock band mixed in with the drumline mixed in with a non-marching, bin-playing band?" director of athletic bands at the University of Idaho Spencer Martin said. "Why can't you do that, why not?"

Because of the pandemic, every band member is now a percussionist, using Rubbermaid bins in lew of brass or woodwind instruments, which Martin determined were too much of a transmission risk.

In addition, all band members must wear a mask or face shield and keep at least six feet of distance between each other.

For the last 100 years, the Vandal Marching Band has played through rain, shine, and now, a pandemic. The students, however, were very open to this idea.

One student said learning a new instrument has been difficult, but taking a deep breath and trying is all they can do.

"It's weird to say that we've been having a lot of fun during a pandemic, that sounds terrible," Martin said. "But it's been an absolutely rewarding semester, a rewarding experience. And something, at least speaking for myself, that I will cherish for the rest of my life. It's been a phenomenal year thus far."