Congressional leaders have discussed using the 14th Amendment to hold members of Congress accountable for pushing ideas that lead to a riot at the U.S. Capitol. 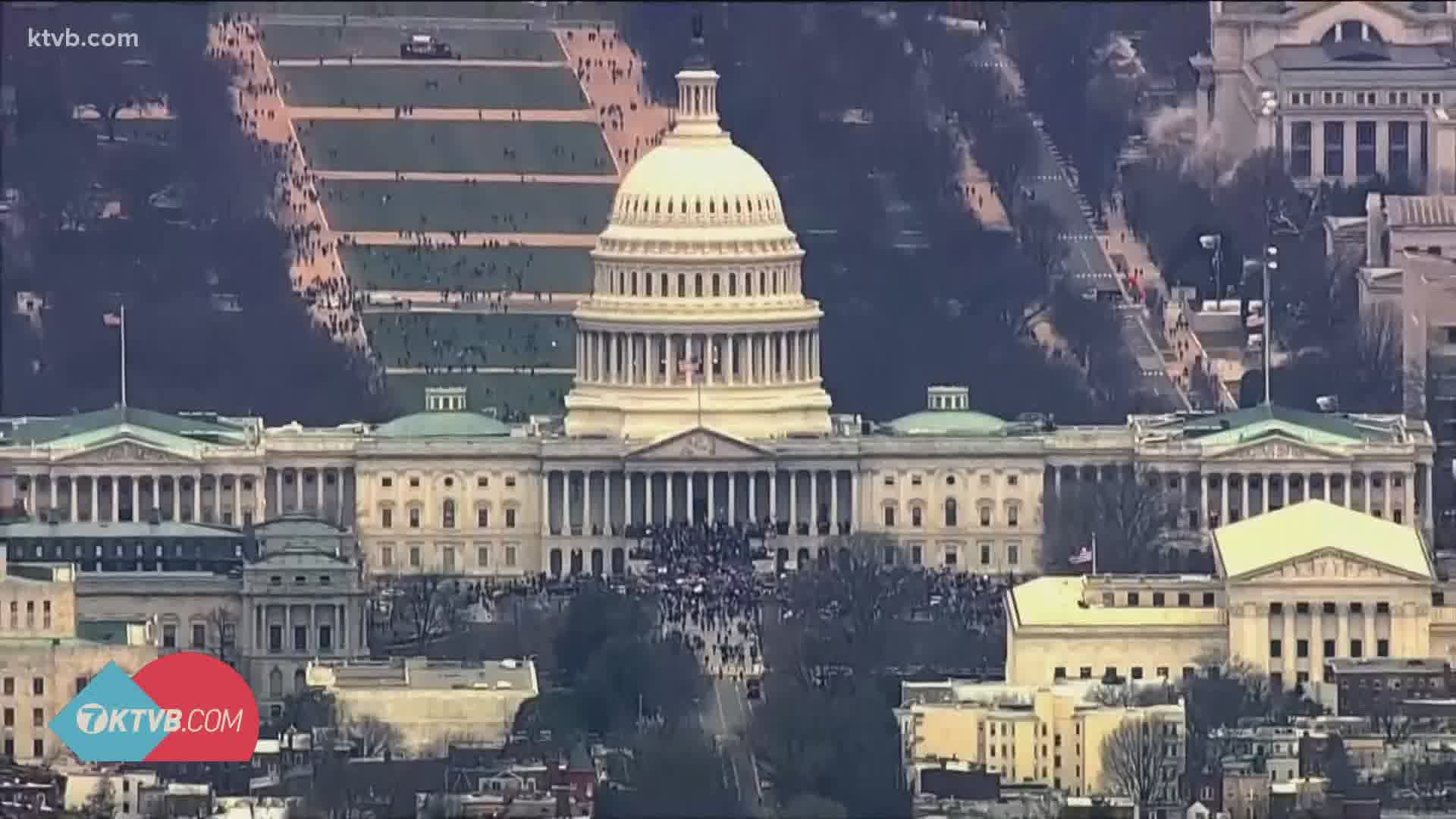 BOISE, Idaho — A week after the riot at the U. S. Capitol, there are now calls from some to hold members of Congress accountable for pushing a narrative that the election was stolen from President Donald Trump.

The 14th Amendment covers a lot of ground, but one specific section deals with a word that many had never used until a week ago, insurrection. That is defined as a violent uprising against an authority or government, which is how the riot at the U.S. Capitol is being characterized by many.

“Section 3 of the 14th Amendment talks about the removal or disqualification from the House of Representatives or the Senate if one has engaged in an insurrection or rebellious behavior,” said University of Idaho Professor of Law Shaakirrah Sanders.

Sanders is a constitutional expert. With calls for accountability for members of Congress who some believe helped inspire the insurrection at the Capitol, she explains how Section 3 of the 14th Amendment can be used to remove a member of Congress.”

The 14th Amendment is a part of the Reconstruction amendments which were passed immediately after the Civil War. Section 3 was drafted to address those in public office that were a part of the Confederacy which rebelled against the union.

That idea is accomplished in the 14th Amendment with a special provision for those in public office who are found to have been a part of so-called insurrection events.

“You can also be disqualified from ever holding office in the federal government on the basis of insurrection or rebellion,” Sanders said.

To be clear, the 14th Amendment is broad and does not just include members of Congress in that. It says:

No Person shall be a Senator or Representative in Congress, or elector of President and Vice-President, or hold any office, civil or military, under the United States, or under any State, who, having previously taken an oath, as a member of Congress, or as an officer of the United States, or as a member of any State legislature, or as an executive or judicial officer of any State, to support the Constitution of the United States, shall have engaged in insurrection or rebellion against the same, or given aid or comfort to the enemies thereof. But Congress may by a vote of two-thirds of each House, remove such disability.

While the 14th Amendment could not be used to remove President Trump, it is believed that section 3 could be used to prevent him from ever holding public office ever again. For now, it is wait and see if lawmakers in Washington pursue that option. As a part of the current impeachment process, Congress could vote to prevent President Trump from holding public office again. Sanders says if that doesn’t happen there are also other ways President Trump could be disqualified from holding office again.