Dozens of members of the U.S. House of Representatives and Senate have stated their intent to object the counting of electoral votes from the November election. 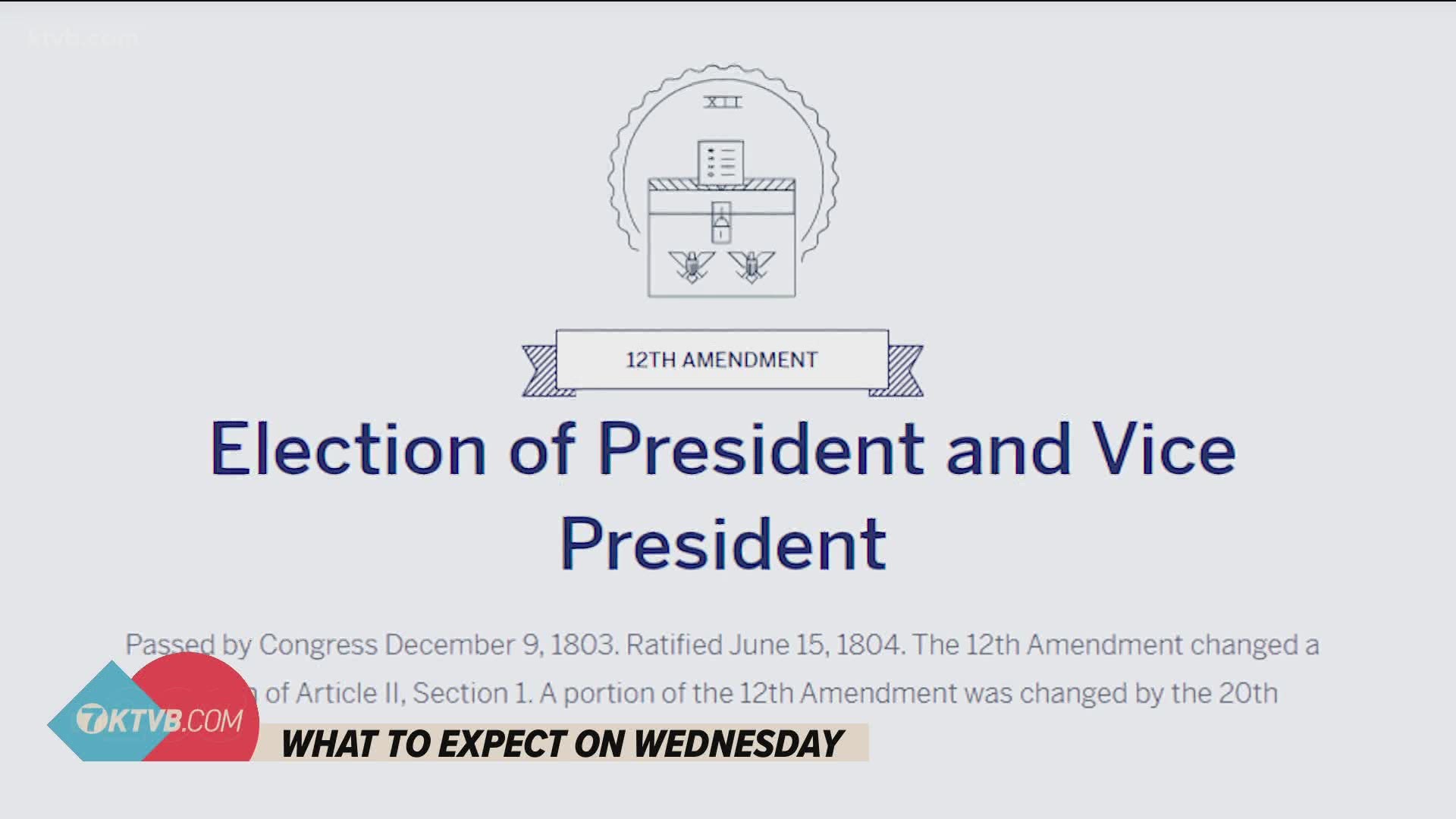 BOISE, Idaho — In a video posted to his official Twitter account on Monday, Rep. Russ Fulcher (R-Idaho) spoke indirectly to the 117th Congress addressing "valid concerns" regarding the results of the Nov. 3 election.

The claims by Fulcher have yet to be reaffirmed by any court.

None of the other members of Idaho's congressional delegation have spoken publically about the plan to challenge the results of the presidential election or whether they plan to support the objection.

A spokesperson for Sen. Jim Risch (R-Idaho) told KTVB there was nothing to share on the matter at this time, but information would be released if it became available.

It is not known what will happen on Jan. 6 when Congress meets for the first time and Vice-President Mike Pence opens the certificates of the electoral votes.

University of Idaho law professor Shaakirrah Sanders, who teaches constitutional law with a concentration on the First Amendment, said objections during this kind of proceedings are not uncommon.

"The last time we heard some major effort I would say would be back in 2000, but there you had the loser of the presidential election, Al Gore, say 'Nope. My job as vice president is to be part of this. I'm not going to play these games. The votes are in, the U.S. Supreme Court has spoken, let's move on,'" Sanders said. "It's unclear whether the current loser of this election will do the same."

In 2017, there were 11 objections to counting the electoral votes after President Donald Trump was elected. However, there was no support from a member of the Senate.

If there is no objection, the counting of the votes is more of a formality. This process, however, may be more complicated.

"There certainly seems to be a larger number of individuals who have stated some intent to object, and we've seen that on both the House side and the Senate side," Sanders said. "I think what's probably notable here is that we've had objections since before the election even happened that there was election fraud, and so I think to the extent that this sort of signals the last chance for anything to happen, that may be why we're a little more heightened this year because of all of the objections along the way and this is sort of the last stance."

The 12th amendment does not give any member of Congress the authority to change the vote, according to Sanders. Typically, Congress counts the votes while the Vice-President presides over the process.

Regardless of the objection, however, the events set to take place on Jan. 20 will happen no matter what.

"According to the Constitution, come Jan. 20, Joe Biden and Kamala Harris, should they turn out to have the majority of the electoral college votes, which has been reported, they will be sworn in," Sanders said. "Again, there's nothing in the constitution to give authority to, at this point in the game, change anything that's already happened."

In conclusion, the confirmation process that was expected to last no longer than 30 minutes could become something more drawn out.

For any objection to be heard, it must be submitted in writing and signed by both a member of the House of Representatives and the Senate. Should that happen, members will go to their respective chambers to consider the opposition

A simple majority vote by both chambers is needed to obtain the objection.

An objection was last obtained back in 2005 when it was claimed there were voting irregularities in Ohio. It was rejected by both chambers.