Among the time capsule's contents were predictions about 2020 and KTVB predicted the headline of 2020 would be that growth has finally slowed in Boise. 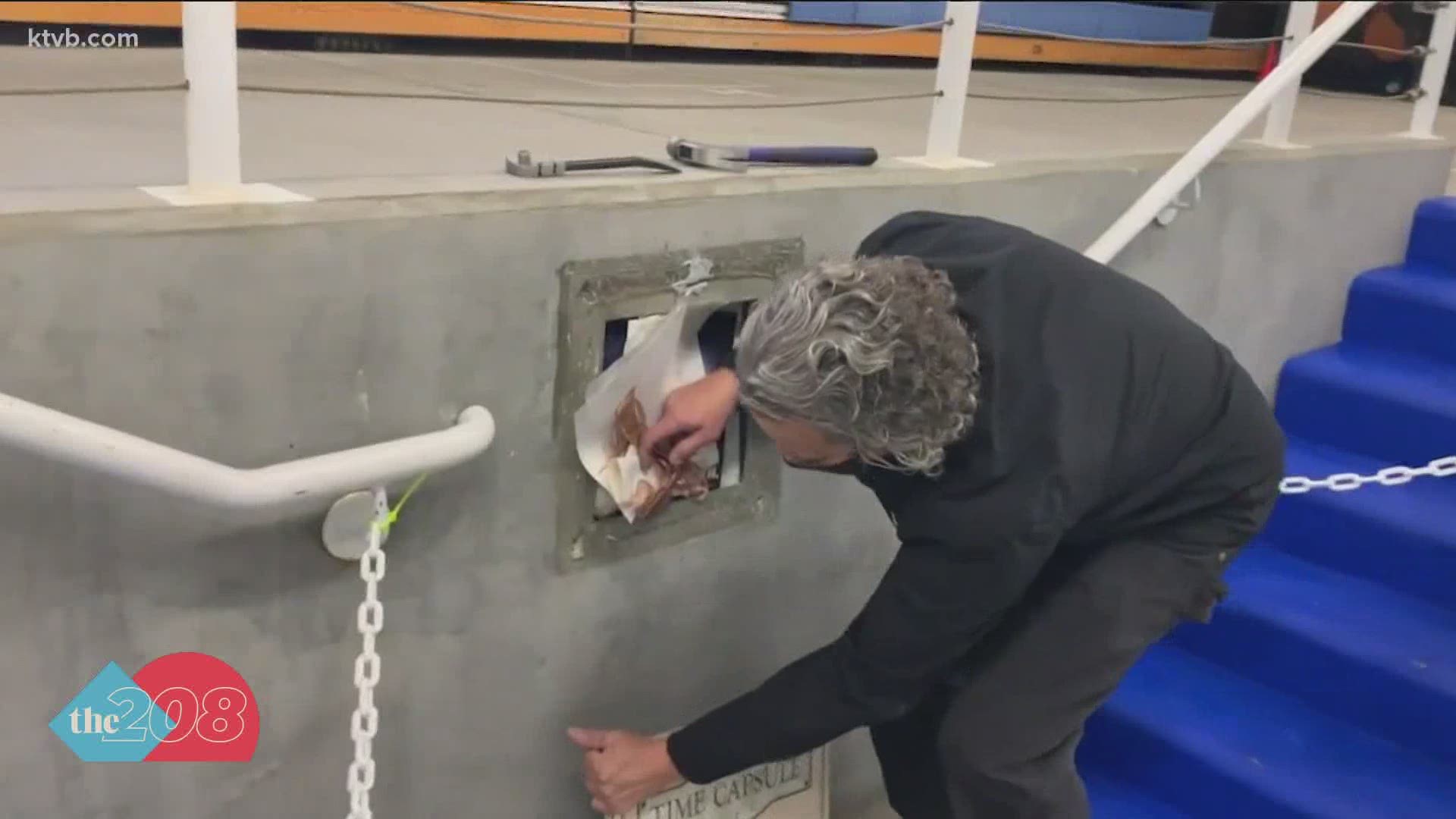 BOISE, Idaho — On Nov. 10, there are only 51 days left in 2020 and 52 days until we talk about how bad 2021 is going. While many are counting the days until 2020 is in the rearview mirror and becomes an entire semester of American History, many others are longing for a time before global health crises.

For some, the 1990s were an era of political scandals, grunge, Pauly Shore and MTV. For others, it's the decade that their parents simply call "Before the Kids."

In 1995, the City of Boise buried a time capsule inside the concrete walls of one of the pools at the West Boise YMCA during the groundbreaking of the new facility.

KTVB was there at the groundbreaking and for the capsule being sealed shut for the next 25 years.

"If you were here in '95 that project was a community project.  Everyone had a stake in it.  And they were really excited about it.  And so I think part of the fun was let's get people involved and placing something in the capsule," said David Duro, the president and CEO of the Treasure Valley Family YMCA.

The time capsule was encased in the wall with specific directions on when to open it.

On Sunday, with a crowbar in hand, the Treasure Valley YMCA pried open the time capsule. Behind the plaque, there were letters and newspaper articles, even an old baseball.

The contents of the time capsule also included a Nintendo Simpsons Gameboy game, an attached letter that explains how popular those two brands were in the 1990s, and other items to remind people in 2020 what life was like in 1995.

Among the time capsule's contents were predictions about 2020 and KTVB predicted the headline of 2020 would be that growth has finally slowed.

"I remember that in '95. We did feel like we were growing. And being out there, way out West, that was, that was out there," said Duro. "I have a picture behind me of the hot air balloon that was there at the groundbreaking and looking out toward Eagle Road, but honestly, there wasn't a house out there. Eagle Road looks like a farm lane."

Some of the letters predicted flying cars. Others were spot on, like how much society would rely on computers in 2020.

"One of the letters from a high school senior at Centennial High School said, 'You know, we'll probably be using computers a lot to learn at home but there will be a debate whether that's actually good for kids or not.' Wow! That one was like wow, that's pretty right on," Duro said.