This Day in History: Idaho's 'most controversial' senator arrested for using 'Blacks only' entrance

On May 1, 1948, Sen. Glen Taylor was set to speak at a Black Youth Rally in Birmingham, Ala. After using a 'Blacks only' entrance, he was arrested and put in jail. 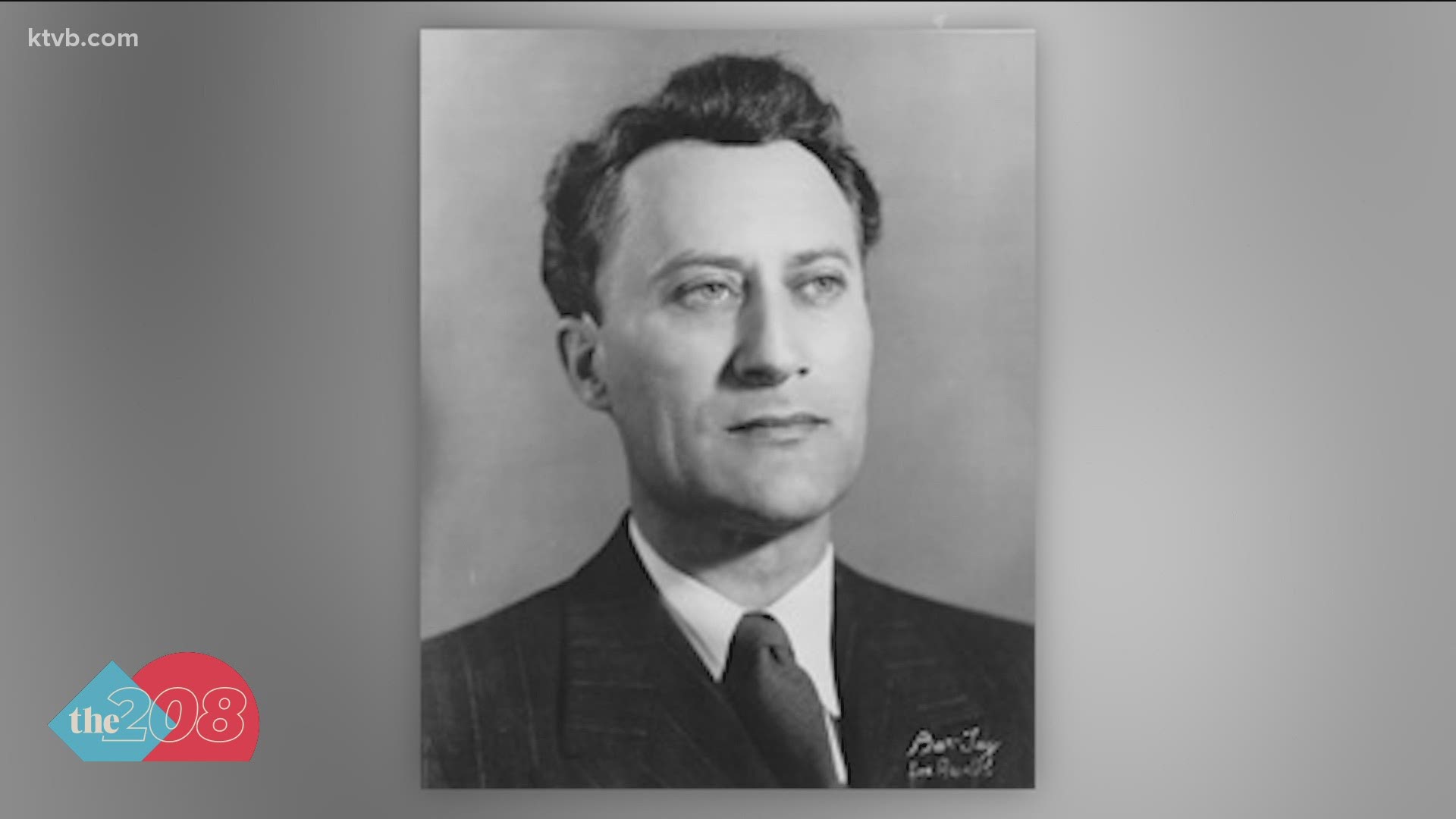 BOISE, Idaho — During a political rally in Alabama, then-Idaho Sen. Glen Taylor was arrested after using a door marked "Black only" on May 1, 1948. That arrest was just the tip of the iceberg when it came to his political career.

Taylor's colorful political past is what gave him the title as one of Idaho's most controversial politicians, according to political historian and author Marc Johnson (No, not THAT Mark Johnson).

Johnson served as the press secretary and chief of staff to four-term Idaho Gov. Cecil Andrus.

"I described him, I think correctly, as certainly the most liberal politician Idaho has ever produced," he said. "Controversial in the sense that he stimulated great emotion from people. People either really loved him or they absolutely loathed him."

Taylor was a self-made man: with nothing more than a sixth-grade education, he took any job he could find, from ranch hand to roofing.

Later in his life, he and his wife, Dora, formed the Glen Dora Singers, traveling all across the West, including Idaho, trying to make a living at county fairs and rodeos.

"He sort of reinvented himself as a country-western performer," Johnson said. "He decided that he wanted to try and change things and become involved in politics and public policy, and he parlayed that entertainment schtick into a political career."

That parlay did not come without delay. Taylor failed six times before barely being elected to the United States Senate in 1944.

By 1948, Taylor became a member of the Progressive Party and even took a shot at the vice presidency.

"He ran on the Progressive Party ticket with a guy by the name of Henry Wallace, who had been Franklin Roosevelt's vice president," Johnson said. "His positions that he took, which seemed awfully controversial in the late forties, have become much more mainstream now."

Some of those controversial positions including rights for people of color and putting an end to the Jim Crow laws.

"I think deep in his heart, he was highly motivated to try to do something to highlight the fact that so many African Americans at that time were disenfranchised, were not able to vote in places like Alabama, Mississippi, and Louisiana," Johnson said.

Taylor was not afraid to get in the middle of the fight.

On May 1, 1948, Taylor was expected to speak at a Black Youth Rally in Birmingham, Alabama. He decided to enter the hall where the rally was going to be held through a door marked "Blacks only," and was arrested and thrown in jail.

"He was arrested for allegedly violating the law by having the audacity as a white guy to enter a room, or a doorway, where only Blacks were supposed to be able to enter," Johnson said. "It was a big story all around the country. Not every day a United States senator gets arrested."

To this day, Taylor is still the only sitting U.S. senator to ever be arrested for protesting.

"I think it may have been if anything, a backlash against civil rights in Idaho at that time simply because Taylor had become such a controversial figure," Johnson said. "I think a lot of people saw this as a gimmick, as some kind of play for publicity on Taylor's part.

After a failed vice-presidential bid, Taylor ran for reelection in the Senate in 1950, ultimately losing the election. He ran one final time in 1956, where he lost by 170 votes to the man who would go on the become one of Idaho's most famous United States senators, Frank Church.

Johnson said Taylor went to his grave believing that election was stolen from him.